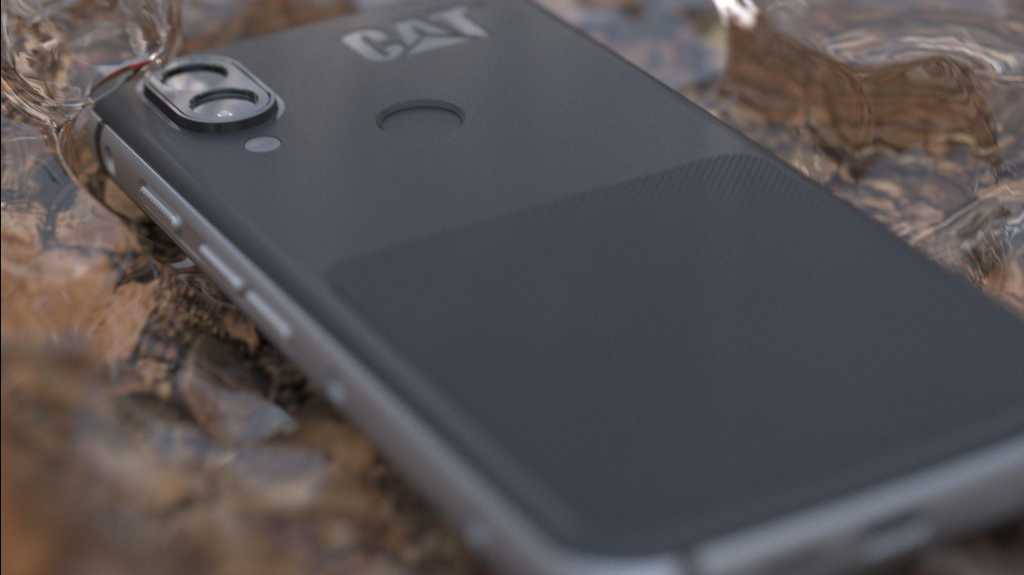 When it comes to rugged smartphones, Cat is an industry leader. The Cat S60, complete with innovative FLIR thermal imaging technology, was a huge hit among builders, electricians and clumsy everyday consumers. Although the high price point of the upgraded Cat S61 put many off, Cat is looking to fix that with the release of this year’s flagship rugged smartphone, the Cat S62 Pro.

Offering a huge improvement to the thermal imaging tech, a refined – but still durable – design and a much cheaper price tag, the Cat S62 Pro has the potential to be the best rugged smartphone right now. Here’s all you need to know, including release date and pricing details, key new features and a complete list of specs to dive into. For more on how it compares to its predecessor, take a look at Cat S62 Pro vs S61.

When will the Cat S62 Pro be released?

Despite being revealed today, 28 July 2020, the Cat S62 Pro isn’t due to be released until a yet-unconfirmed date in August in the UK and Europe, and even later in the US. With that being said, pre-orders of the Cat S62 Pro are set to kick-off via the Cat website this week in the UK, with other retailers stocking the smartphone soon.

We’ll update this section as soon as we know more.

How much does the Cat S62 Pro cost?

The Cat S61 cost a lot more than its predecessor at £799/$749, compared to £599 of the original S60, and it wasn’t a popular move among fans – despite the inclusion of more advanced tech including an air monitor and laser-assisted depth measurements. That’s why Cat has done what very few manufacturers would and reduced the price of its flagship Cat S62 Pro, bringing it back down to the attractive £599 of the original rugged phone – in the UK, anyway. It’s still the same $749 in the US.

As mentioned, you’ll be able to pre-order the Cat S62 Pro via the Cat website this week ahead of release sometime in August 2020. Other retailers are set to stock the smartphone too, and we’ll update this section as listings begin to appear.

With many claiming the Cat S61 was just a more expensive S60, what is it that makes the Cat S62 Pro so special? Aside from the £200 price drop, of course. 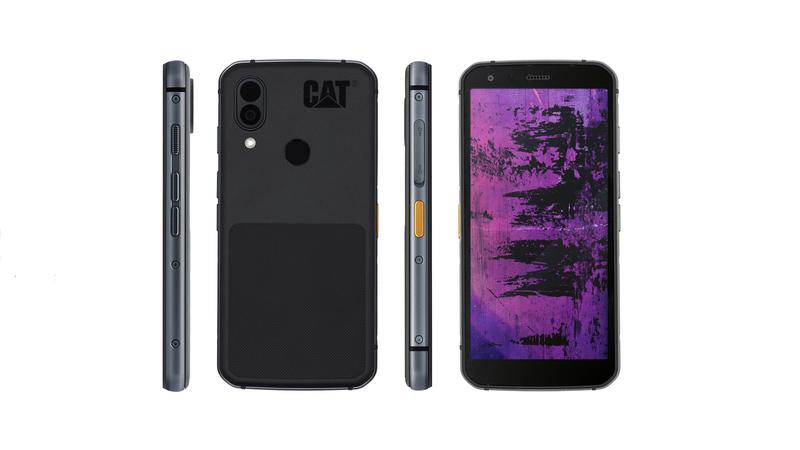 The Cat S62 Pro continues to provide the durability that fans have come to rely on over the past few years, and the company has done a lot of testing to back up the claim. That includes, but isn’t limited to, testing thermal shock, dropping a steel ball on the phone, putting it in a tumble dryer, bending it, twisting it and even rubbing bleach onto the phone with a scourer.

Cat’s proud of the internal testing and the fact that the S62 Pro continued to perform despite the tests, especially when compared to others in the rugged smartphone market. In fact, Cat goes as far as to claim that it’s surprised by some of the rugged ratings given to ‘rugged’ phones on sale in 2020 given its internal benchmark tests.

Specifically, the S62 Pro offers Mil-Spec 810H protection, offering protection against drops up to 1.8m high, along with IP68 water- and dust-proofing. It’s perfectly fine to wash it with soap and water or alcohol wipes, which is ideal for builders and the like, but also the everyday consumer given the current situation regarding personal hygiene and coronavirus.

That’s possible thanks to the rubberized TPU back and cool-touch stainless steel body, which Cat claims will keep its rigidity even after a few drops and knocks. It’s certainly far from the on-the-nose rugged design of the Cat S60, with a more refined look, but it still manages to provide a high level of durability. Little design elements, like the exposed screws visible on the sides of the smartphone, lean into the rugged nature of the phone.

Cat is so confident of the ruggedness of the Cat S62 Pro that it offers a comprehensive multi-year warranty that should cover most durability-related problems – you won’t get that from many other manufacturers. Take the iPhone 11 for example – despite being waterproof, Apple won’t fix any water damage without a cost to the consumer.

Of course, the most popular feature of Cat’s flagship phone range is the thermal vision, and the S62 Pro offers a significant upgrade over its predecessor. Cat has worked with FLIR to integrate the high-resolution FLIR Lepton sensor into the S62 Pro, and the differences in overall quality are immediately noticeable. There’s a much-increased resolution, from 5000 to 20,000 pixels, with a 30% improvement in image sharpness according to Cat. It also captures a wider area, with a 10% wider FOV compared to its predecessor. 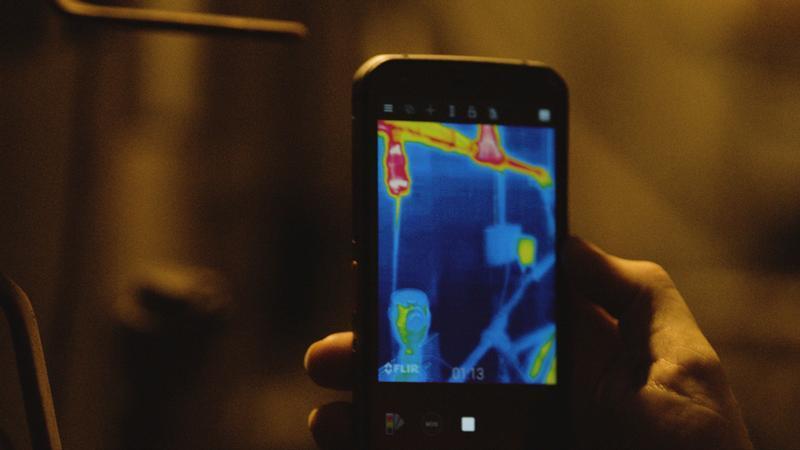 You’ll find returning thermal modes, including Thermal Only, VividIR and MSX alongside a new option dubbed Alpha blending. Using on-screen controls, alpha blending allows you to adjust the blend between thermal and camera views and fuse the two images together when required.

There are plenty of thermal vision modes available to help get the most out of the tech, but Isotherm could prove handy in preventing the spread of coronavirus. Simply put, the camera can provide a rough temperature reading of people walking into an office or other indoor space, and using Isotherm to set a temperature range, the phone will alert you when it detects a temperature within that range.

It’s not medical-grade, so Cat advises using a digital thermometer to verify the results, but it offers a way to quickly – and cheaply – check the temperature of people coming in and out of an indoor space.

There are a handful of other much-requested feature changes, including a much more streamlined PDF report generation process, image annotation and, most importantly, the ability to capture all thermal information within the image. This allows you to check readings like temperature on previously-captured images via the Gallery – no need to go back and re-shoot your thermal images, as was the case with older Cat smartphones. 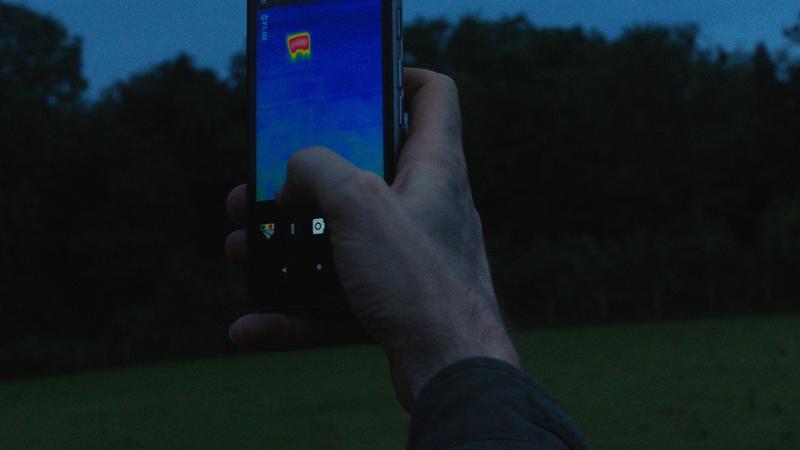 The Cat S62 Pro sports Qualcomm’s Snapdragon 660, and while Cat is aware it isn’t the fastest or sexiest SoC available in 2020, it was chosen because of its longevity. Qualcomm has committed to supporting the Snapdragon 660 chipset for up to 10 years, allowing Cat to guarantee at least three years of security updates, along with an operating system upgrade – important to enterprise users and consumers alike.

There are also Enterprise focused-features on offer for electricians, builders and the like, including Android Enterprise and Zero-Touch support.