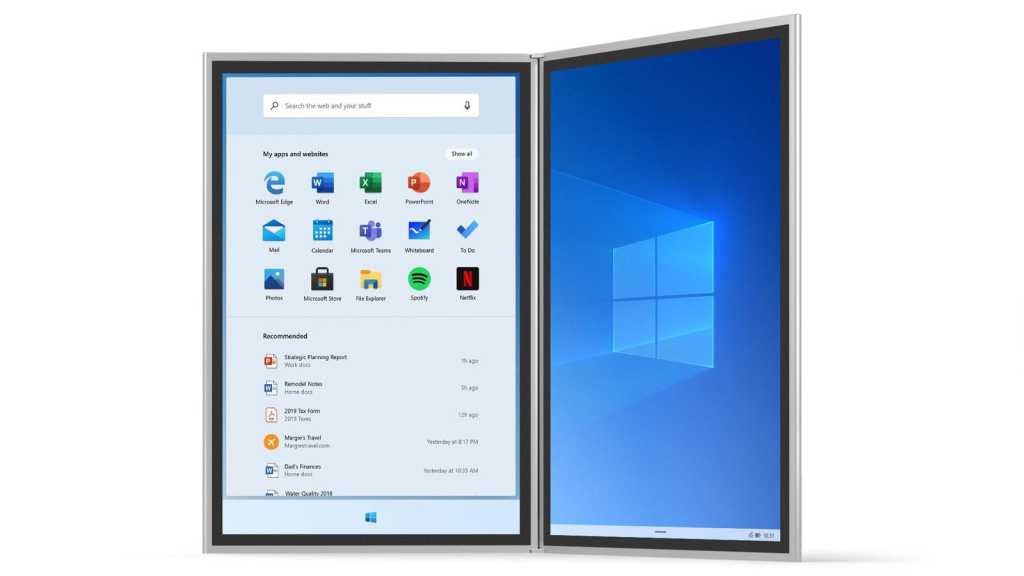 The unveiling of Windows 10X in October 2019 was the culmination of years of speculation.

There had been plenty of rumours suggesting Microsoft would release a stripped-back ‘Lite’ version of Windows at some point, so the news was greeted with much excitement.

However, like the Surface Neo that it will run on, there’s been a long gap between announcement and release. Indeed, the latest rumours suggest it won’t arrive on single-screen devices until 2021, before finally coming to dual screens in 2022.

Windows 10X will be a web-first operating system, which immediately positions it as a rival to Chrome OS. Should there end up being 12 months between its arrival and the release of Windows 10X foldables, there’s a great opportunity for the software to become established in the budget laptop market.

Windows 10’s immense popularity means that users looking for a simplified experience are more likely to shift to a spin-off in Windows 10X than learn a whole new operating system. Google may have to rely on its strong ecosystem of popular apps to tempt people to Chrome OS instead.

However, Chrome OS’s popularity extends far beyond individual consumers, as it’s becoming an increasingly powerful tool with education and the workplace. This is thanks to something known as the GSuite Admin Console, a central management feature which allows administrators to control users and permissions en masse.

While the GSuite Admin Console is currently available for Windows, it’s unclear whether there will be an equivalent feature on Windows 10X. Google also revealed in June 2020 that many Windows apps will soon be available on Chrome OS, including full versions of Microsoft Office. This will help to further close the gap to Windows when it comes to functionality.

Therefore, the success of Windows 10X will be highly dependent on the available hardware. It’ll be interesting to see how many manufacturers opt for Windows 10X, particularly considering Chrome OS’ steady growth in popularity since its original release in 2011.

On the face of it, the two have a lot in common. Edge, Microsoft Office and Outlook are obvious alternatives to Chrome, G Suite and Gmail, while cloud storage via OneDrive and Google Drive seem well matched.

Of course, the devil will be in the detail. Can Windows 10X match Chrome OS for blazing-fast speed, and will the cloud focus make it more stable than Windows 10 has been in recent months? Only time will tell.

Interestingly, Enterprise users can now run Windows apps on Chrome OS via a virtual machine. Read about what it might mean here.

Many people still consider Windows 10 S to be a Chrome OS rival. See how the two compare.