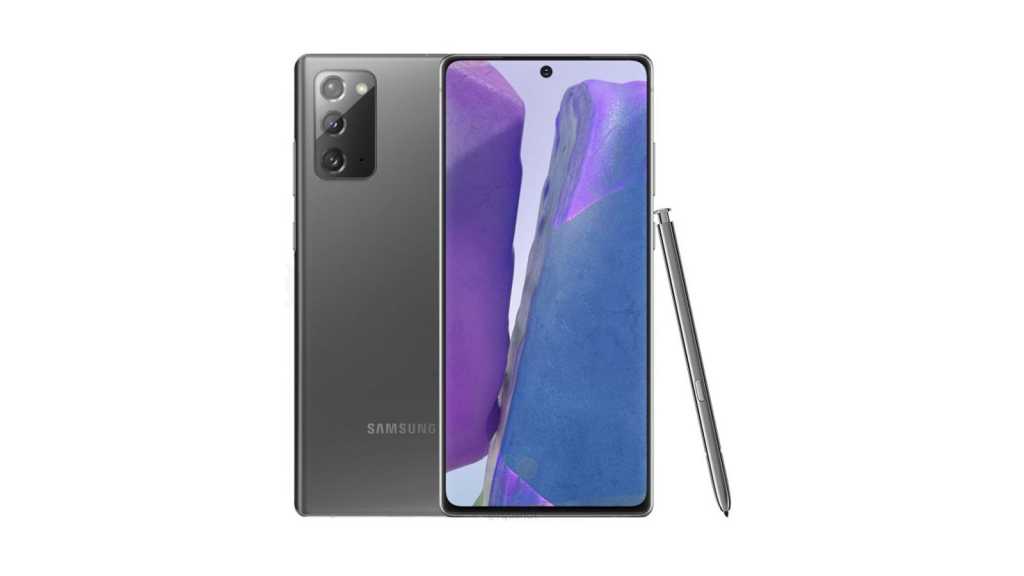 New specs details have leaked of the upcoming smaller Galaxy Note 20, claiming the back panel may be plastic instead of glass and that the display will be flat.

The specs come courtesy of WinFuture, who also said the phone’s 6.7in flat display will be a 1080p resolution 60Hz panel.

All of Samsung’s S20 phones have 120Hz refresh rate displays, so it’d be an odd move for Samsung to make one of the Notes with the standard 60Hz. The Note 20 Ultra is expected to have a larger, curved edge display and 120Hz screen.

The rumour that the smaller Note 20 has a plastic back is the oddest detail, and one we find hard to believe. Unless Samsung is trying to mark the Note 20 phones with a large price difference then we still expect the phone to have a premium glass finish.

A 108Mp main camera is thought to grace the Note 20 Ultra while the regular Note 20 will get a triple array with 12Mp wide, 12Mp ultra-wide, and 64Mp portrait and telephoto sensors.

The Note 20 phones will launch at Samsung Unpacked on 5 August.