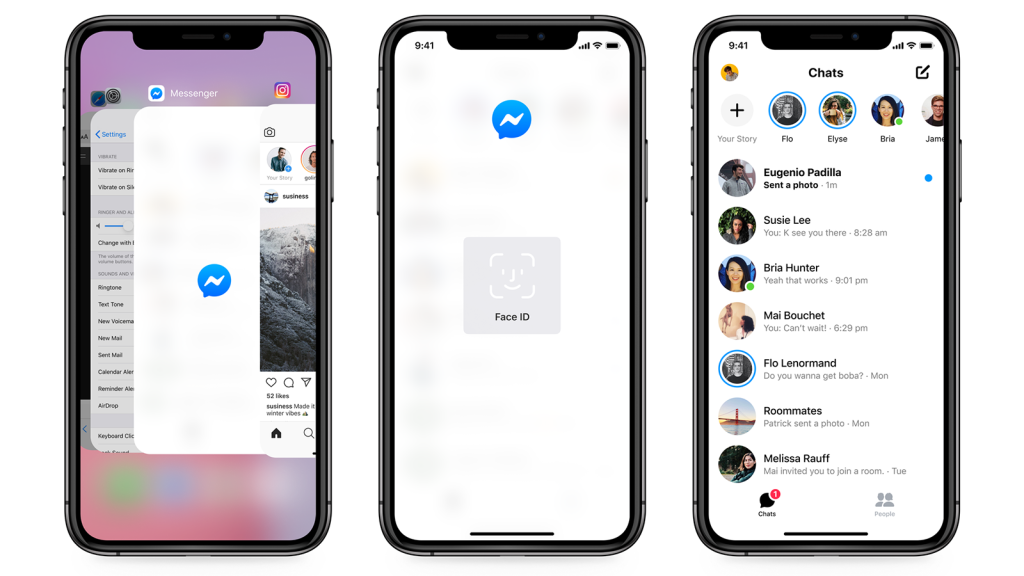 Facebook Messenger has a new app lock feature for iOS that is designed to keep your chats safer.

You can now set the app to lock after closing, which then requires Face ID or Touch ID authentication to reopen it.

We tested it out and it works well. You can set the app to lock immediately after closing or after one minute, 15 minutes, or an hour. It means if someone is using your phone they can’t nip in and read your chats.

In a blog post announcing the feature Jay Sullivan, Director of Product Management, Messenger Privacy and Safety made the point of saying that “your touch or face ID is not transmitted to or stored by Facebook”, though this is true for every iOS app. Apple stores your biometric information in a secure enclave on the device itself. Even Apple can’t access the data.

The update is rolling out now, and the app lock option can be found in a new Privacy section of the app’s settings. Sullivan said the feature will “come to Android in the next few months”. The Android version will likely rely on physical and in screen fingerprint sensors given that most Android phones’ face unlock is 2D and relatively insecure.