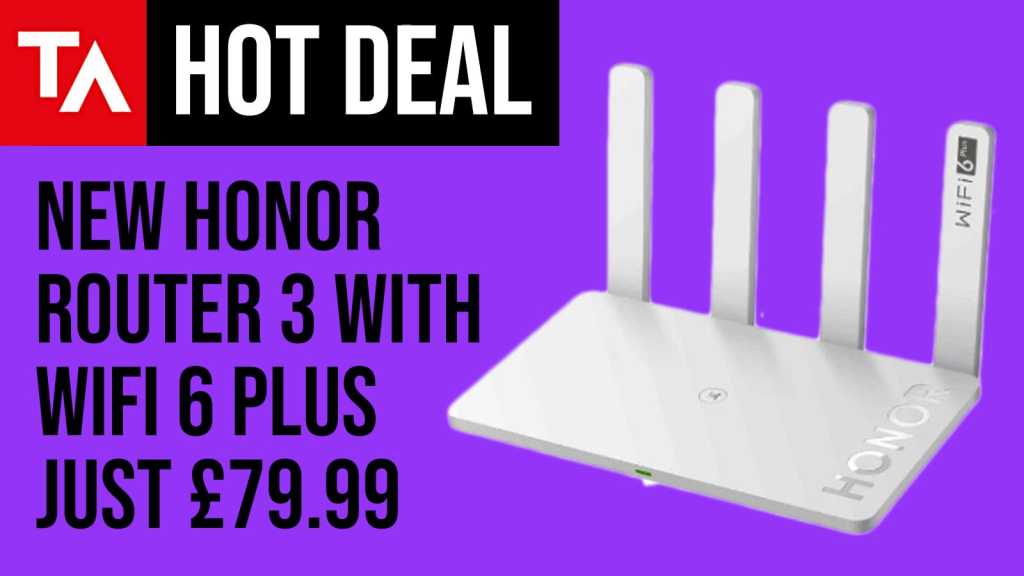 Honor, known for packing top-tier specs in mid-range smartphones like the Honor View 20, has just launched its first Wi-Fi 6 Plus router in the Honor Router 3, which boasts speeds up to 3000Mbps.

Customers in the UK and can now pre-order the router for £79.99, while those in Germany, France, Spain, Italy and the Netherlands can pre-order the Router 3 for €79,90 and also qualify for a free Honor Band 5 fitness tracker and Honor Bluetooth earphones (until 31 July). Pre-orders in Italy begin 24 July.

Update: Pre-orders have sold out, but stocks return on 23 July, when the Router 3 officially goes on sale. Head to Honor to sign up for a notification.

At £79.99 it’s an incredible price compared to competitors which cost upwards of £100. The TP-Link Archer AX50 for instance, a popular budget Wi-Fi 6 router from a leading brand costs £129.99.

The Router 3 breezed through our review. With its impressive speed and value for money, the Router 3 gained a strong 4/5 star rating and a Tech Advisor Recommended badge: it’s undoubtedly one of the best budget Wi-Fi 6 routers around.

Wi-Fi 6 describes the latest 802.11ax standard, which arrived in 2019 as an update to the 802.11ac standard. Its arrival also marked the Wi-Fi Alliance’s decision to simplify the naming convention by numbering each Wi-Fi generation, which meant past standards would follow as Wi-Fi 1 up to Wi-Fi 5. Here’s our full guide to Wi-Fi 6.

Compared to the previous generations, Wi-Fi 6 is much faster and can connect with double the number of devices at once. In the case of the Honor Router 3, you can expect to connect up to four devices on the 2.4GHz band and up to sixteen devices on the faster 5GHz band. 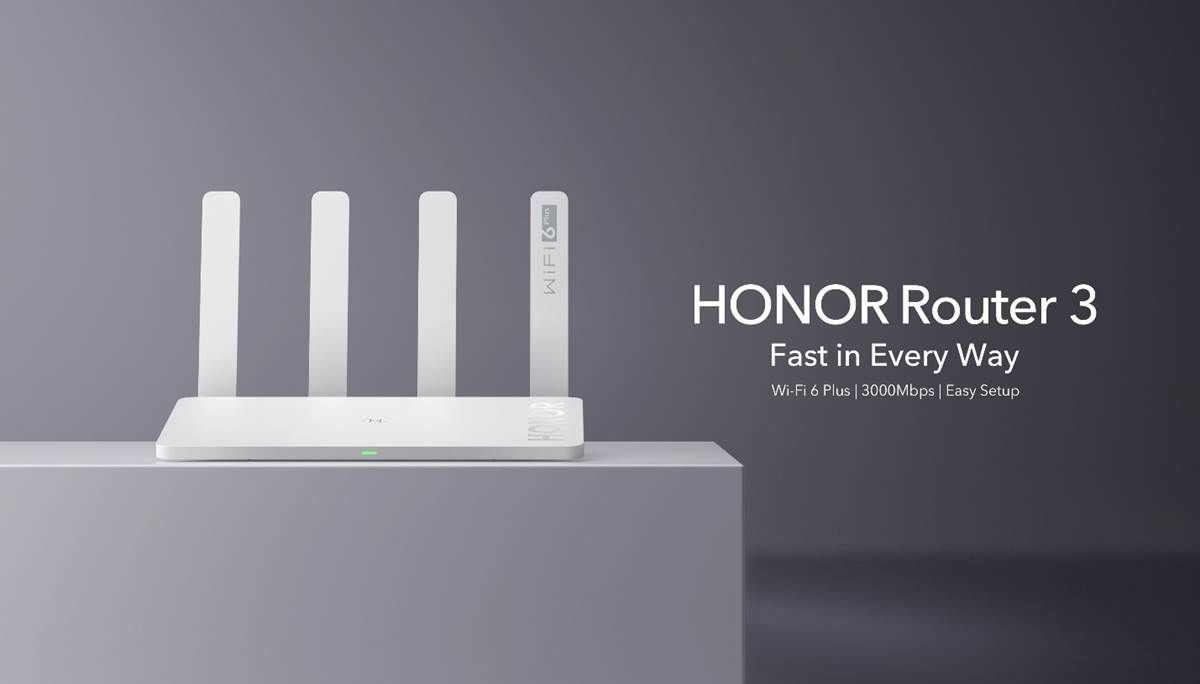 Speeds on Wi-Fi 6 can run at up to 9.6Gbps, which is more than twice the rate of Wi-Fi 5. This makes Wi-Fi 6 all the more suited for multi-member households who use many devices at once, such as phones, laptops, gaming consoles and tablets.

The new standard emerges as a response to the prevalence of connected homes and the Internet of Things, where households increasingly have connected smart devices like smart lights, thermostats and robovacs all often managed via smart speakers.

Honor’s Router 3 also works with AI Life App to manage the router’s connectivity. You can use it to set speed limits, identify and troubleshoot connectivity issues, and access parental controls to ensure children aren’t spending too much time online.

You can also pair up to five Honor Router 3 devices to build a Wi-Fi mesh system. This would help expand the Wi-Fi coverage in your home and remove dead zones without having to use a range extender.