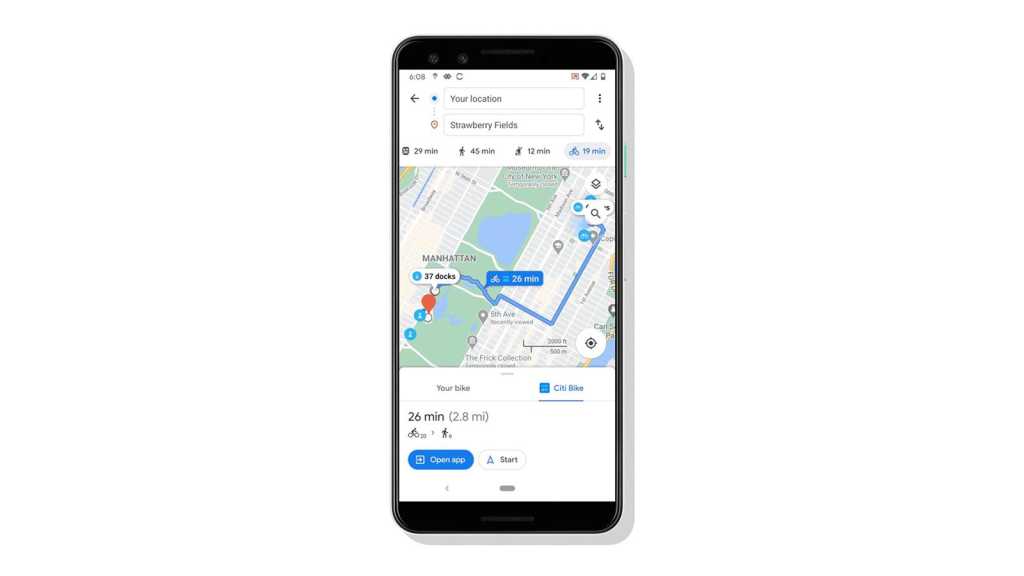 Google Maps has rolled out an update that will now show biking routes that take into account the pick-up and drop off points of some bike-sharing apps and services.

For some but not all cities, Google Maps will provide an in-app link that takes you the bike share app needed to unlock a bike.

The service will be applicable to these cities and bike services:

Google said that the new feature builds on the existing real-time bike share information available in 24 cities announced last year thanks to a partnership with data firm Ito World.

The feature should be pretty handy as it acts as the missing link between looking up a cycle route and then actually being able to find the nearest bike dock, the latter being information that isn’t as easy to get as you might think, particularly in an unfamiliar city.