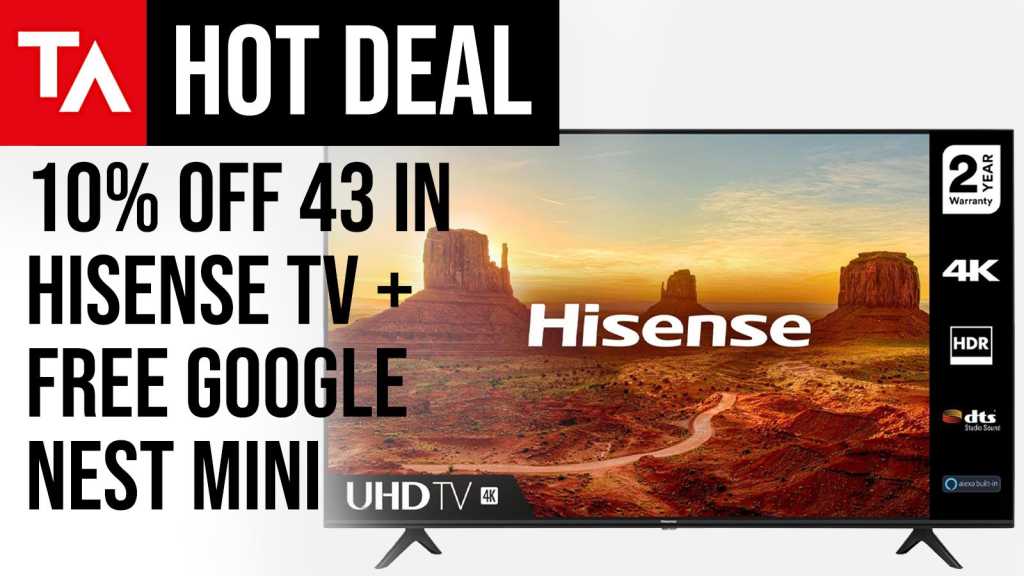 If you’re in the market for a new 4K TV, BOX’s tempting deal on the 43in Hisense 43A7100FTUK 4K Smart TV with a free Google Nest Mini just became even better.

BOX had 10% off at checkout earlier this week, but now the discount has been increased to 25% dropping the TV’s price to just £299. The deal still includes a free Google Nest Mini worth £49. The original discount dropped the price from £399 to £359.10.

Hisense TVs offer 4K resolution and smart connectivity at mid-range prices, offering excellent value for money for customers who don’t want to spend upwards of £700-800 on a new set from brands like Samsung or Sony. It’s particularly good value for students in shared accommodations looking for a reasonably large TV in the communal space (without being obscenely massive).

The Hisense smart TV on offer from BOX includes Amazon Alexa voice-assistant connectivity along with access to popular streaming apps like Amazon Prime Video, Netflix and YouTube via Hisense’s own VIDAA U3.0 Smart TV operating system. The display supports both HDR and HDR10 picture quality.

Currys PC World is mirroring the £100 discount. While this deal doesn’t include a free Nest Mini, you do get 6 months of Spotify for free.

Head to BOX to pick up the Nest Mini bundle or to Currys to pick up free Spotify Premium with the 43in Hisense Smart 4K TV.