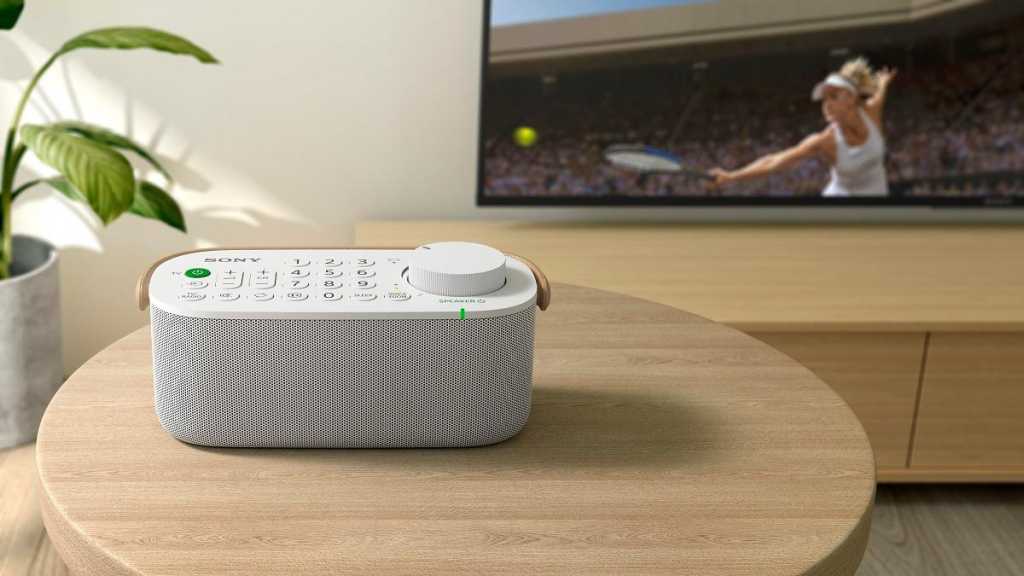 In an usual move Sony has announced what it calls a ‘Wireless Handy TV Speaker’, which can play audio from the TV anywhere in the house.

I did check the calendar to see if it was somehow 1 April but it’s definitely not and Sony says this device, aka the SRS-LSR200, means you’ll never miss a moment of the action.

This is essentially like a Bluetooth speaker and looks like DAB radio, but works over Wi-Fi instead meaning it can work up to 30m away.

A sort of portable soundbar then for if your TV has poor sound or you want to take the audio with you to make a cup of tea or relieve yourself.

You could, of course, just pause the said action until your back but you might not have the technology for that or want to keep watching live to interact on social media about the event or avoid spoilers because you’re behind.

The Wireless Handy TV Speaker features a handle to carry it around as well as a large volume dial and buttons in a drip-proof design. The inputs are also colour coded so it seems the SRS-LSR200 is aimed at the less tech-savvy user.

The buttons essentially make it a remote control for your TV as can easily change the channel and input of – if you have a Sony, Hitachi, LG, Loewe, Panasonic, Philips, Samsung, Sharp or Toshiba.

As well as a 13 hour battery life, the Wireless Handy TV Speaker features ‘Voice Zoom’ which “detects the components of the human voice and makes it stand out.”

This works hand-in-hand with the dedicated centre channel and there are also passive radiators on either side.