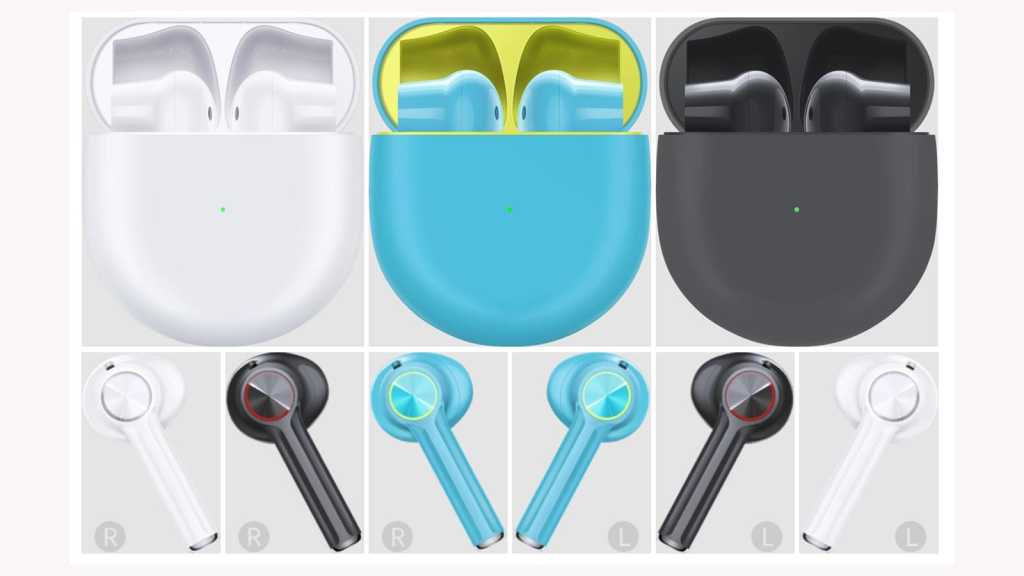 The anticipated OnePlus Buds true wireless earbuds set to launch alongside the OnePlus Nord on Tuesday have leaked in full thanks to an APK teardown from 9to5Google.

The publication found the images in an APK from the latest OnePlus 8 software update. It found a gallery stuffed with images of the buds in black, white, and blue colour options. Also found were apparent screenshots of how the Buds set up will look.

Carl Pei was said to have been wearing a pair of the blue version in his recent video interview with MKBHD, and this leak seems to prove that to be true.

As with many true wireless earbuds the design of the buds and case borrows heavily from Apple’s pioneering AirPods design. Even OnePlus’ software set up here looks to be similar, but we suppose there’s only so many ways to skin a cat.

The OnePlus Buds have a similar aesthetic to the company’s Bullets and Bullets Wireless headphones. We expect the Buds to launch alongside the OnePlus Nord, a phone that is expected to also be available in black or blue, if not white.