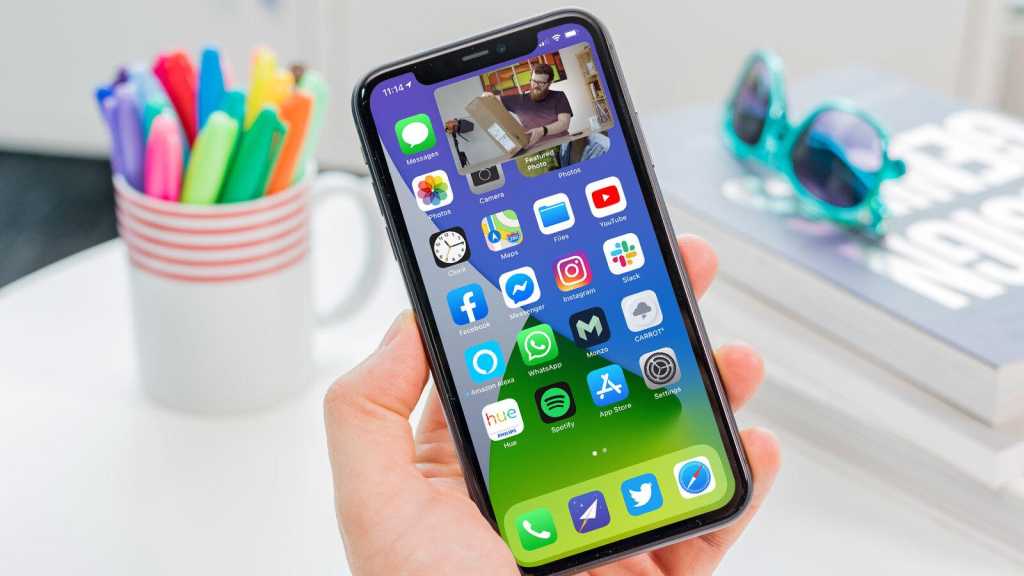 Apple is finally introducing picture-in-picture functionality to the iPhone with the release of iOS 14, almost five years after it was made available on the iPad. But despite that fact, the YouTube app has never taken advantage of PiP technology, and it’s unlikely to change when iOS 14 is officially released later this year.

So, how can you watch your favourite YouTube videos using picture-in-picture if you’re on an iPad, or an iPhone running the iOS 14 beta? The answer is simple: Safari.

Picture-in-picture is a much-welcomed feature in iOS 14, especially considering iPad owners have had access to the functionality since the release of iOS 9. It’s an incredibly handy feature, and although YouTube offers PiP support for its Android app, the same can’t be said for the iOS app. You see, while PiP is available on iPhones on iOS 14, app developers still need to specifically add support for the feature.

As it stands, the YouTube app doesn’t support the feature, and it’s unlikely to change when iOS 14 is officially released later this year – PiP has been available for quite some time on the iPad, after all, and Google has yet to update its iPad app to take advantage of the tech.

Considering PiP could be used as a way to play videos in the background, a feature YouTube charges £11.99/$11.99 a month for as part of the YouTube Premium subscription, it’s unlikely to ever be supported – although we’d be more than happy to be proved wrong.

The easiest way to use the picture-in-picture mode on your iOS 14-enabled iPhone or iPad running iOS 9 or later is to use Safari. The YouTube mobile site might not have the same level of polish as the native iOS app, but without the app officially supporting the functionality, you’ll have to rely on the mobile site if PiP is a feature you want to make use of.

To use Safari to enable picture-in-picture mode for YouTube: 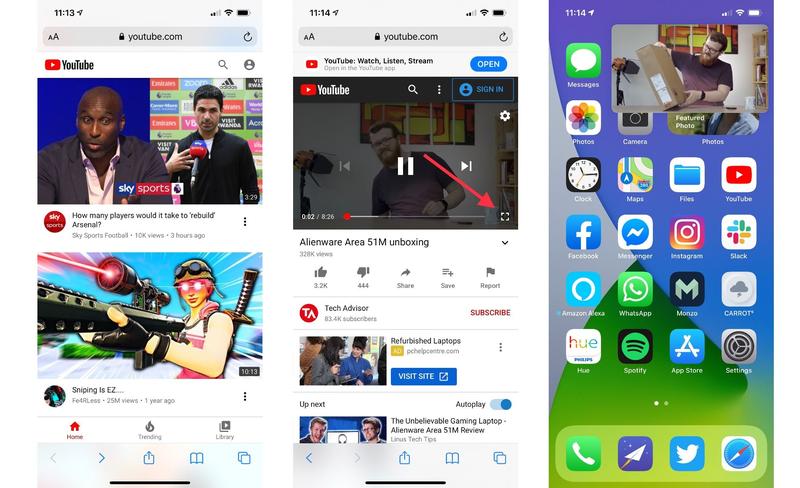 It’s very important that you make the video fullscreen before closing the app – if you don’t, PiP won’t work and the video will simply pause when you close the app.

Once your video has shrunk down and entered PiP mode, you can swipe the window to move it to any corner of your screen, and you can double-tap to resize the video on your iPhone too. Oh, and if it’s in the way, you can swipe it to the edge of the screen to hide it without affecting playback.