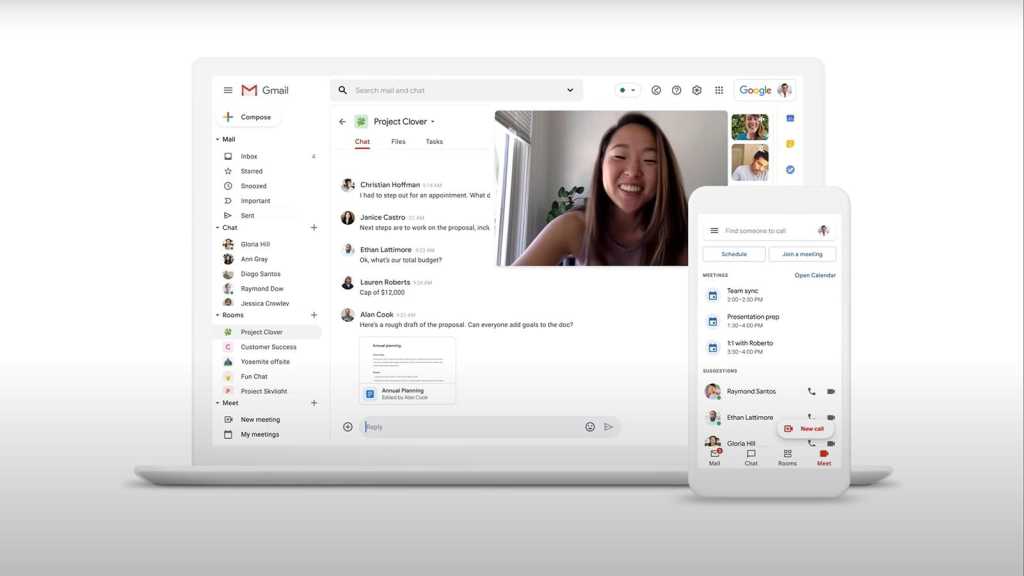 Paying G Suite customers are getting a redesigned version of Gmail for mobile and desktop that integrates Google Chat, Google Rooms, and Google Meet (via The Verge).

Google showed off some of the changes to Gmail ahead of its Google Cloud online conference.

The updated app will be available as an early opt-in preview this week for G Suite customers worldwide before rolling out to every G Suite user later in the year.

The mobile app has a new four tab design that clearly ets you move between Mail, Chat, Rooms, and Meet. In effect, it is Google trying to tie all of its business and collaboration tools together into one place so that it can finally have a coherent competing product to take the fight to Slack and Microsoft Teams.

Despite thousands of companies paying for G Suite, many will have opted to also pay for Slack and Teams because they offer much better productivity and meeting options. Google really needs to step up and compete in the space as it has the apps and the scale, but at the moment its portfolio is far too confusing.

Google’s Javier Soltero was brought on board recently to help unify Google’s messy products. He described the new Gmail to The Verge as an “integrated workspace”, saying “The history of these products is that they were all built individually and they all had a core set of opinions that were obvious to everyone: multi-user, user collaboration, etc. … They all had the same set of shared ideas but they were not necessarily driving toward a shared end goal.”