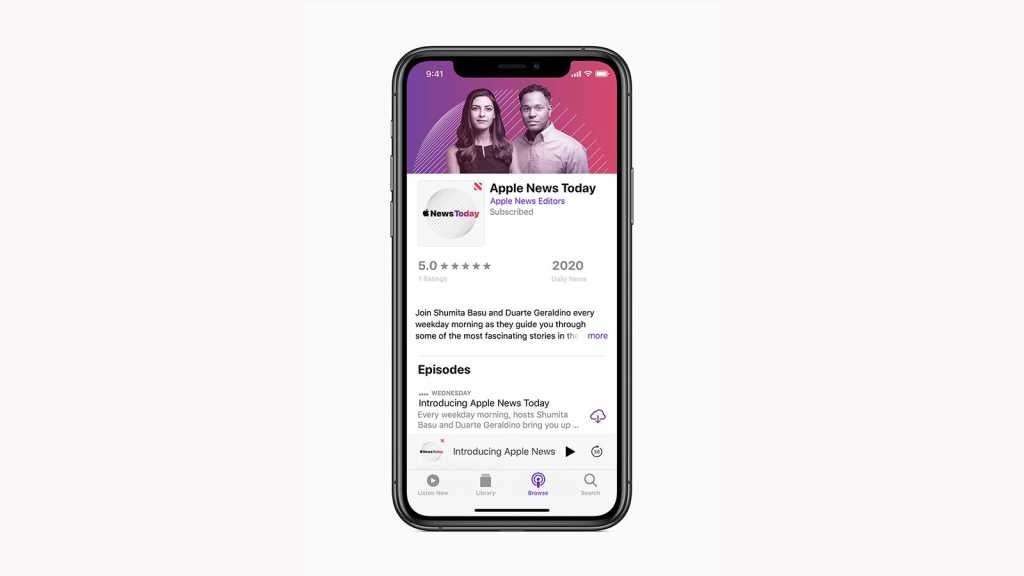 Apple announced a new podcast called Apple News Today that will be available via the Apple News app in the US, and the Apple Podcasts app.

The show will go out Monday to Friday hosted by Apple News editors Shumita Basu and Duarte Geraldino, with each episode seven to eight minutes long (according to The Verge).

Apple said the show will “guide listeners through some of the most fascinating stories in the news — and how the world’s best journalists are covering them.” It will be interesting to see how – and if – the podcast presents Apple-centric news that often captures global headlines.

Apple announced the podcast alongside a host of other Apple News features, including audio stories, and curated local news collections. Apple News is still only available in the US, UK, Australia and Canada. The app is unavailable in other countries, but Apple News Today is available globally in the Apple Podcasts app.

There will be twenty audio stories a week voiced by professional actors, as well as voiced longform pieces from publications like Esquire and Vanity Fair. Apple News does not have access to content from every publication and relies on partnerships. The New York Times recently pulled its content from the platform.