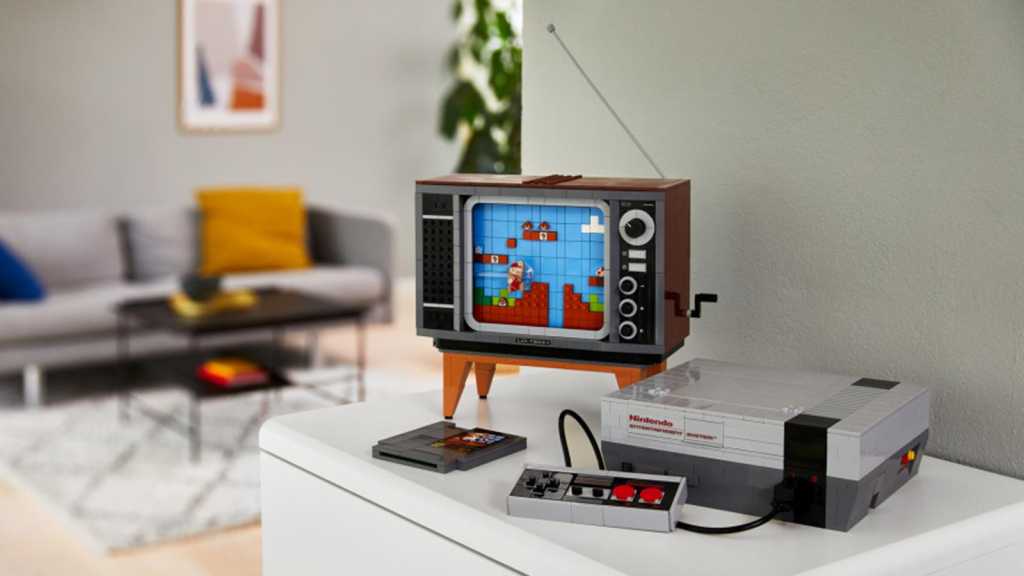 Lego has announced a new Nintendo Entertainment System (NES) set to coincide with the 37th anniversary of the console.

While not playable in any way, the set lets you build a TV to represent Super Mario Bros., and you can move Mario across the screen with a mechanical crank.

The collectors item goes on sale on 1 August and will cost $229.99. The set comes with what Lego calls an ‘Action Brick’ that can be scanned by the Mario character in the Starter Course set, but there are tons of new kits coming soon.

The 2,646 piece NES is one of the most expensive from the range but is sure to become a collector’s item. You can even load your original NES games into the Lego console.