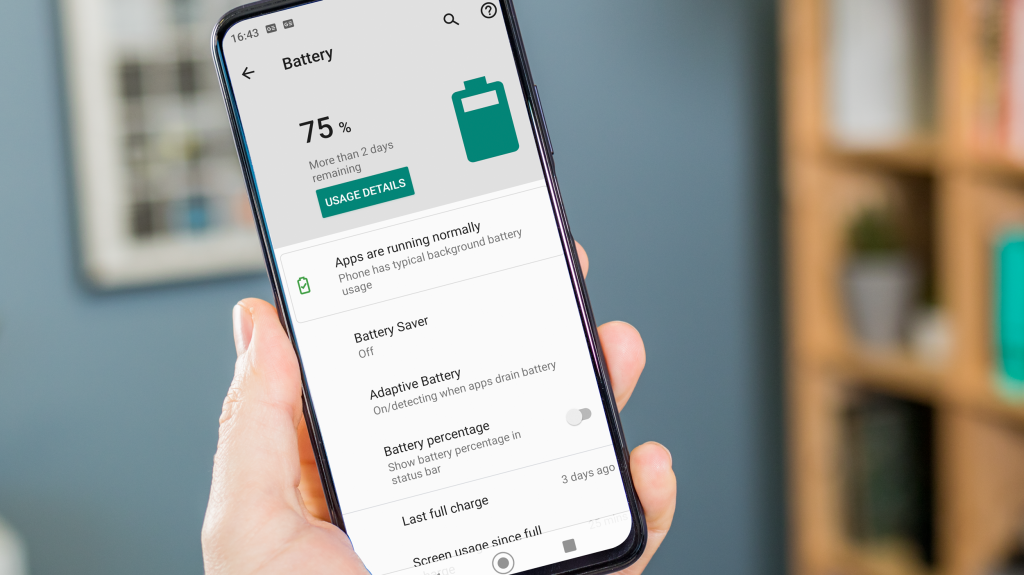 Here are a few simple ways to see what could be causing the rapid drain on your battery life… and stop it happening.

How to check battery usage in Android

When trying to deduce what’s eating up your battery charge, there’s no need to keep a record of which apps you use because Android has built-in tools to monitor this very thing. Open Settings and tap on the Battery option. Next select Battery Usage and you’ll be given a breakdown of all the apps that are draining your power, with the most-hungry ones at the top. 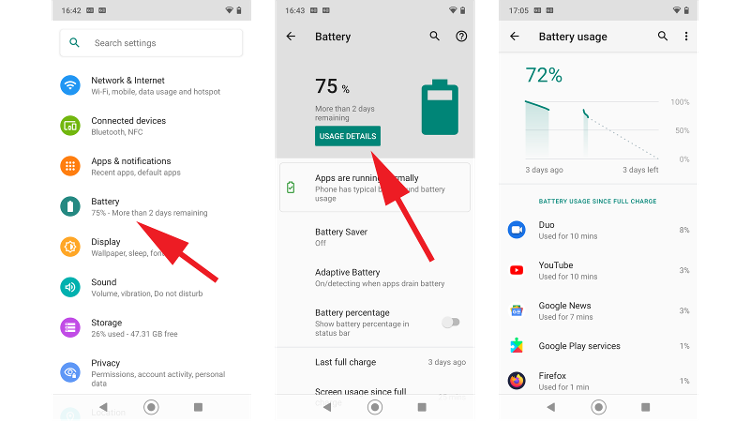 Some phones will tell you how long each app has been actively used – others won’t. If you’ve spent an hour perusing the images on Instagram, then this will naturally have a detrimental effect on your power, as keeping the screen on for that amount of time is quite a drain.

While our test phone here doesn’t display it, other phones (such as Huawei and Honor) will also show you how much each hardware component has drained the battery, since it isn’t only software, as we just said.

Tapping on an app will open an additional page where you can see not only how long the app has been used by yourself, but also how much it’s been active in the background. Should you see an app that is high in the latter, then it might be having problems which are contributing to your shorter battery life.

To try to fix this you can choose to Force Stop, which will kill the app until you restart it, or you can use either the Background restriction or Battery optimisation features to reduce the impact the app is having on your battery life.

The former will stop the app from working behind the scenes but be careful as thing like email and messaging apps need these privileges to routinely check for incoming communiques. 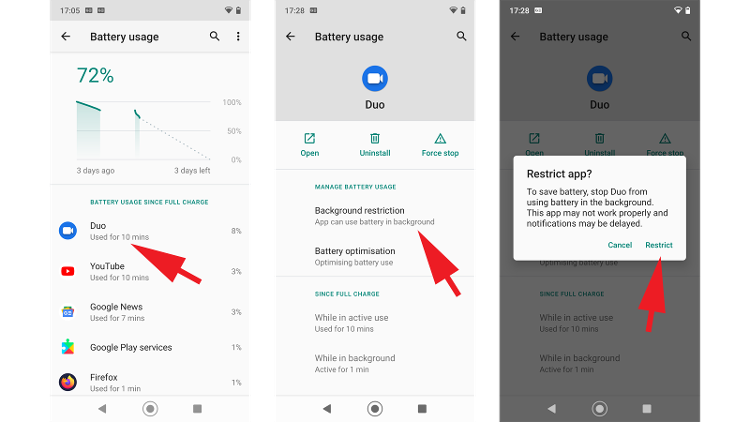 Tapping on the Battery Optimisation option opens a list of processes and apps that you can use to extend battery life, although this can be a little intimidating due to some of the items that appear. Instead, we’d recommend going back to Settings > Battery and using either the Battery Saver or Adaptive Battery settings, as these let Android control things on your behalf. 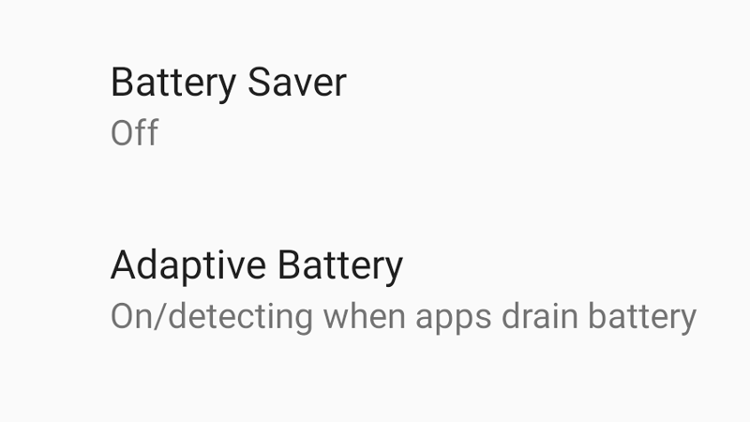 Try these out to see if they improve things over the next day or so and if it works then you’ll know you’ve found the culprit. You can also read our guide on how to extend phone battery life as this has some additional tips for keeping your system in tip-top shape.

We’ve got plenty more tips & tricks in our guide to improving your phone’s battery life.

How to use battery monitoring apps on Android

If you want a second opinion or additional features, there are many great battery monitoring apps available on the Google Play Store. Some of the most popular include AccuBattery, Battery and Battery Repair Life Pro among others.

The advantage of battery apps is that they can offer more details about the health and usage of the battery in your phone, such as temperature (to see if the battery if developing a fault), screen on and off times, plus precise breakdowns of app usage.

While many have free, ad-supported versions, most require some kind of purchase if you want a clean app that isn’t cluttered by flashing links and other annoyances.

Is your phone battery reaching the end of its natural life?

Sadly, batteries don’t last forever and over time the chemical structure within them breaks down, making it harder and harder for them to store a charge. While you can slow down this process by calibrating a battery periodically or ensuring you charge it properly, entropy will always win out in the end. 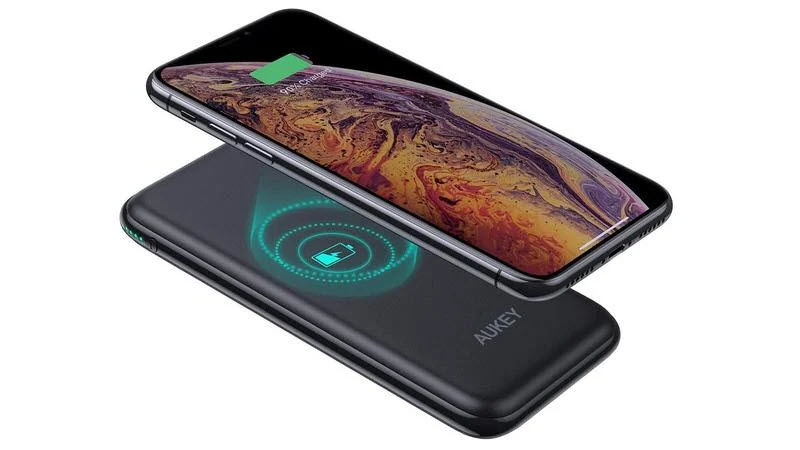 All is not lost though, as you can buy battery cases for certain Android phones or carry a small power bank to recharge it when out and about. These, such as the Anker wireless charger above, are not expensive. In the end, as most batteries are non-removable, you may need to consider a new device. If that’s the case, take a look through our best Android phone and best battery life phone to make sure you pick the right one.