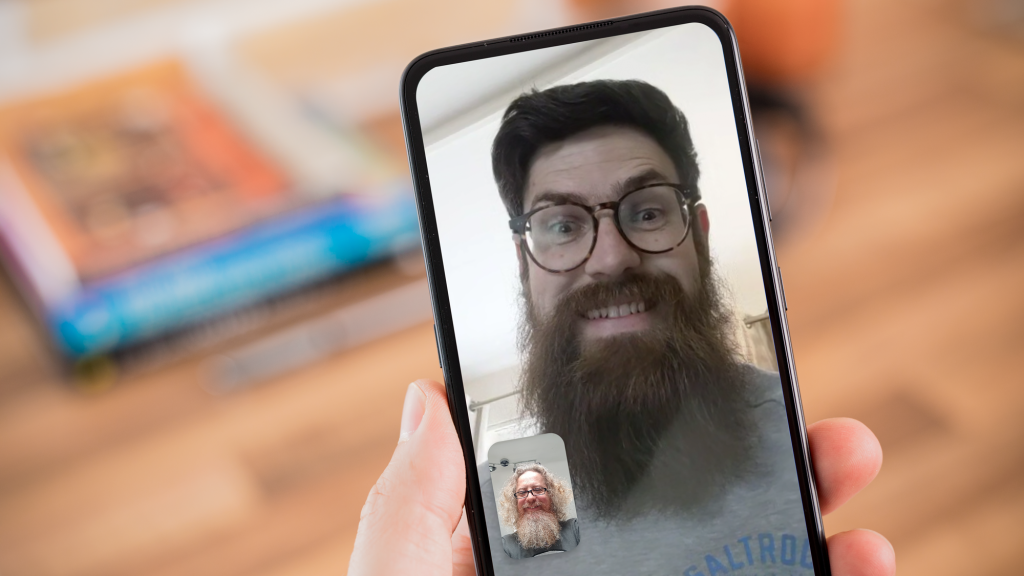 Keeping in touch with friends and family is made harder these days where travelling and face-to-face contact are restricted. Thankfully, we live in an age where fast internet connections and smartphones allow us not only to talk to people in far-flung places, but we can see them as well.

Video calling is good substitute for in-person meetings and your Android device may already come with apps that allow you to do this, We’ll show you how to use them and also the ones you might want to download instead.

How to make video calls with Duo

Google has several video-calling apps, which is a bit confusing, but Duo is a preinstalled app on many Android phones. To use it, open the app and when prompted grant it access to your camera, microphone and other resources it needs to function.

The main screen has your face in the top half, with the various people you can contact listed below. These will be other Android users with Duo on their devices. Scroll down through them to find the person you want. If they don’t appear on the list, scroll to the bottom where you’ll find the Invite to Duo area. Tap Invite next to the person in question and they’ll receive a message telling them how to get the service.

To call someone, simply tap their name and on the next screen you can either tap the Voice Call, Message (where you record an audio message to send them) or Video Call options. 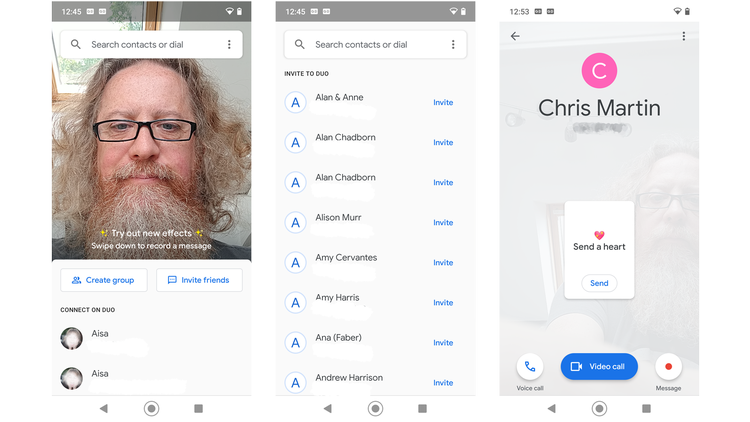 Your call should now begin, so chat to your friend and when you want to end the call tap the screen and select the red End Call option when you’re finished. You’re not limited to one person though, as you can see in our how to group video chat on Google Duo guide.

Of course, you don’t need to stick with Duo: there are many other popular apps to choose from. These include WhatsApp, Facebook Messenger and Zoom, which we’ll outline below.

One app that isn’t available for Android is Apple’s FaceTime, as this remains a strictly iPhone-based service. With this in mind you can look through best alternatives to FaceTime for Android and suggest your preferred app to your Apple-wielding friends.

How to use WhatsApp for video calls on Android

WhatsApp is a hugely popular messaging service, so there’s a good chance that your family and friends already have it installed and set up on their phone.

To make a video call, open the app and select the person you want to speak with. At the top of the screen you’ll see two symbols, one a video camera and the other a telephone. These represent both video and audio calls, so tap the former and your call should begin. 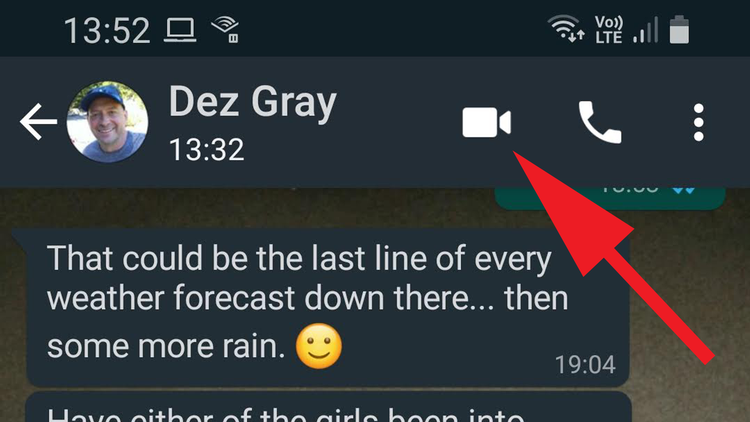 If you want to have more people involved, follow the steps for how to group chat on WhatsApp.

How to video call with Zoom on Android

Since the start of the coronavirus pandemic, Zoom seems to have become the de facto video calling platform for just about everyone. It works in a slightly different way to most of the others, in that you create a meeting and then invite people to it rather than directly calling them. This also means you don’t need to have them as a contact on your phone, or a friend on Facebook.

To start the call, open the app and tap the New Meeting button followed by the Start a Meeting option. To allow others to join you, tap the Participants button on the bottom of the screen, then choose Invite.

A list of your email and messaging apps will appear, so find the person you want from one of those and Zoom will send them an invite to join the call. 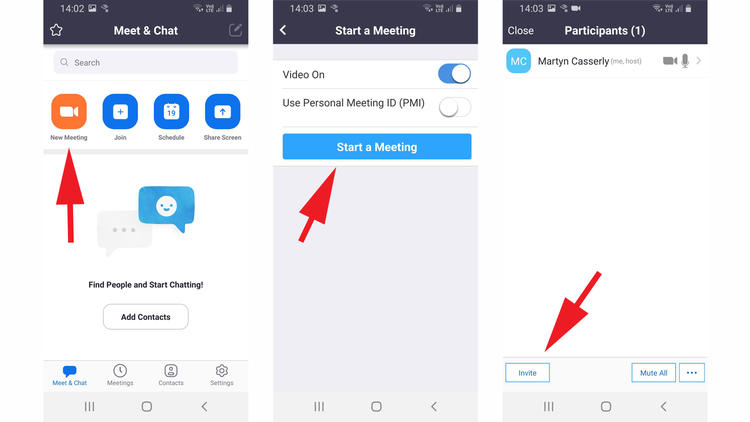 There are a range of features available in the app, including group calls, scheduled meetings and chat, all of which are covered our how to use Zoom tutorial.

How to make video calls with Facebook Messenger on Android

Facebook Messenger allows video calls too, which can be accessed in almost exactly the same was as those on WhatsApp (not surprising when Facebook owns both apps). So, open Messenger, find the person you want to talk to, tap their name then select the video icon in the top right corner. 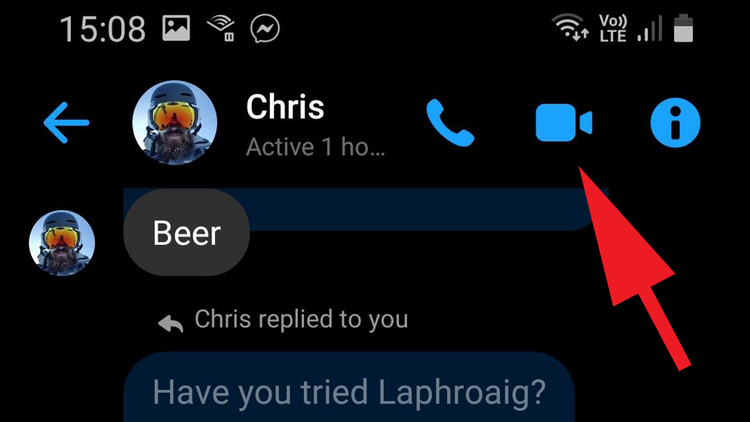 Again, you’ll find step-by-step instructions on how to have multiple people involved by following how to group chat in Facebook Messenger.