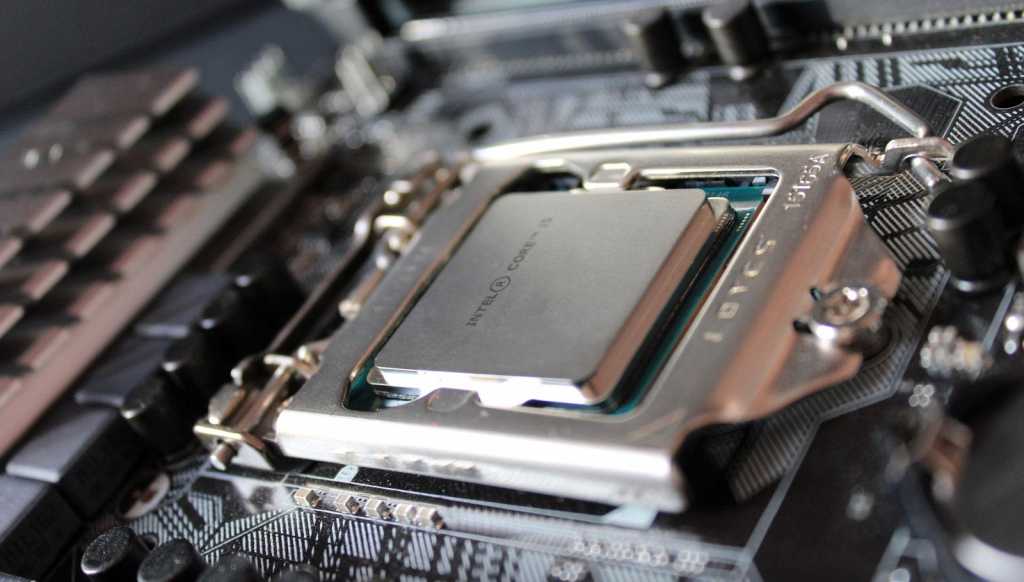 CPUs are complicated, but there are rules of thumb to follow if you want to get the best performance. If you want a gaming PC, buy the best Intel CPU that your budget can afford; for just about everything else, AMD chips are cheaper and more versatile. Before you buy a new CPU, remember to check if you’ll need a new motherboard or other components, and that they’ll all be compatible with the new chip.

Which CPU should I buy?

There’s never been a better time to buy a processor – AMD and Intel are releasing fantastic chips, and stiff competition means better technology and prices. That’s a boon to buyers who want the best bang for their buck.

Arguably, though, there’s never been a more confusing time to buy a processor either. AMD and Intel offer superb chips, but their ranges have huge variations in price and technology. That makes it tricky to figure out what you need and how much you should be spending.

We’re not going to get too technical though. Instead, this guide will deliver no-nonsense advice on which CPUs are the best available right now, whether you need a budget chip for everyday computing, or a more powerful processor for gaming or content creation work. And, happily, the same advice applies whether you’re buying a pre-built system or building your own.

Only some of the advice here applies to laptops: this is a guide specifically for PCs.

While it’s true that we’re not going to get too technical, it is important to understand basic CPU concepts such as cores, clock speeds and architecture.

Cores are smaller processing modules that combine to form the whole chip – several cores work inside a CPU so it can handle several tasks concurrently. Chips with fewer cores are better suited to everyday computing or gaming, while content creation (such as video editing) and other tougher workloads really benefit from more cores. Most CPUs also use a technique called multi-threading, which allows individual cores to tackle two tasks concurrently, so it’s just like having twice as many cores. That’s why you’ll see specs such as 6 cores / 12 threads (this is the spec of the older Ryzen 5 2600X shown below, but note how Windows doesn’t differentiate between the two: it just shows 12 CPUs)

The other important specification is clock speed, such as 3.6GHz. This figure denotes how quickly cores complete tasks – the higher the number, the better. Most chips have a base speed that every core can use, and a boost speed (4.2GHz, say) that one or two cores can employ.

Cores and clock speeds are the most important aspects of a processor, but also consider the underlying architecture – because it’s not a great idea to buy a CPU that uses obsolete technology. Buying the latest models means there’s a good chance you’ll be able to upgrade to a better processor in the future.

Those are the key things to bear in mind. However, you’ll also want to understand the naming conventions. To get a CPU from the latest ranges, you’ll need to look out for AMD Ryzen 3000-series processors or Intel 10th Gen chips.

AMD and Intel divide their CPUs into different ranges. AMD and Intel’s entry-level chips are called Ryzen 3 and Core i3, mid-range chips are Ryzen 5 or Core i5, and high-end mainstream computing is provided by Ryzen 7 and Core i7. Demanding workloads are best handled by Ryzen 9 or Core i9 parts.

This is a perennial problem for CPUs: should you wait for the next generation to arrive? The Ryzen 4000-series laptop processors are here, but the desktop chips won’t be available until the autumn or possibly winter.

If you need a new CPU right now, don’t wait. But if you can manage, then it might just be worth holding off for a few months to see if the 4000-series offers any significant performance advantage (for the same money, of course) as the 3000-series CPUs.

AMD has promised performance increased “in line with what you’d expect from a new architecture”, by which is means Zen 3 and we expect that to be around 10-15 percent.

You could, of course, wait indefinitely but CPUs tend to be quite incremental in their performance increases these days.

If you need a CPU for everyday computing – by which we mean Office tasks, email, watching videos and web browsing alongside some light gaming – then consider the entry-level chips.

The best budget buy is the AMD Ryzen 3 3300X, which is based on the Zen 2 architecture, four cores and solid speeds for £120 / $135. That chip beats Intel’s equivalent in multi-core and single-core benchmarks, which means it’s better for all everyday scenarios.

Intel’s chips are currently marginally quicker in games compared to their AMD equivalent, which makes the Core i3-10100 a better option for budget gaming, and it’s priced at £150 from Amazon UK and $152 from Amazon US.

It’s also possible to look to the previous generation if you want to spend even less. This also holds true if they’re being sold in cut-price, pre-built PC systems. On the AMD side, the Ryzen 5 2600X remains decent. Intel’s Core i3-9100 and Core i5-9400 are better than their AMD counterparts for gaming. However, we’d always recommend going for a chip from the latest range.

If you’re serious about gaming, you should look to Intel. That’s because most games require single-core speed and don’t really use lots of cores. This is where Intel’s hardware excels.

The best-value gaming CPU right now is the Intel Core i5-10600K. It uses the latest Comet Lake architecture, offers great performance and six multi-threaded cores. In the UK it costs £279, and in the US it’s $300 from Newegg. 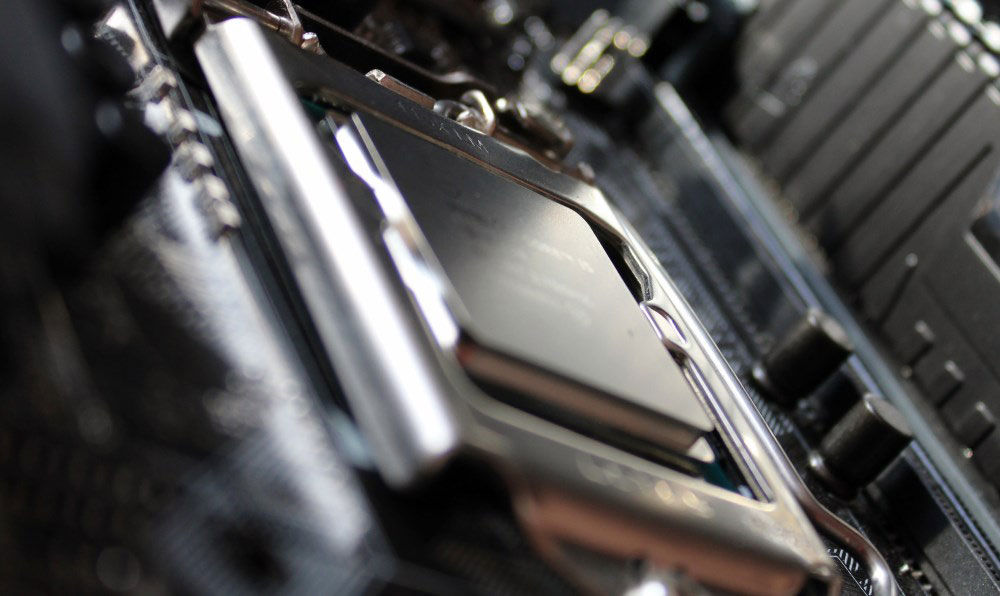 AMD’s chips are usually the best option for video editing and they also outpace Intel in CAD tools, database applications and most complex productivity software. This is because AMD’s Zen 2 architecture does a better job of managing simultaneous computing than Intel’s equivalents.

The best starting point for handling tough workloads is the AMD Ryzen 7 3800XT. If you’ve skipped the previous section, this is a brand-new chip that has an RRP of £399 / $399 and it replaces the Ryzen 7 3800X.

The Ryzen 7 3800X matched the 10700K in video rendering, and it was faster than the Intel in number-crunching, cryptography, AI and encryption. The Ryzen 7 3800XT will likely be slightly faster in all of these situations. 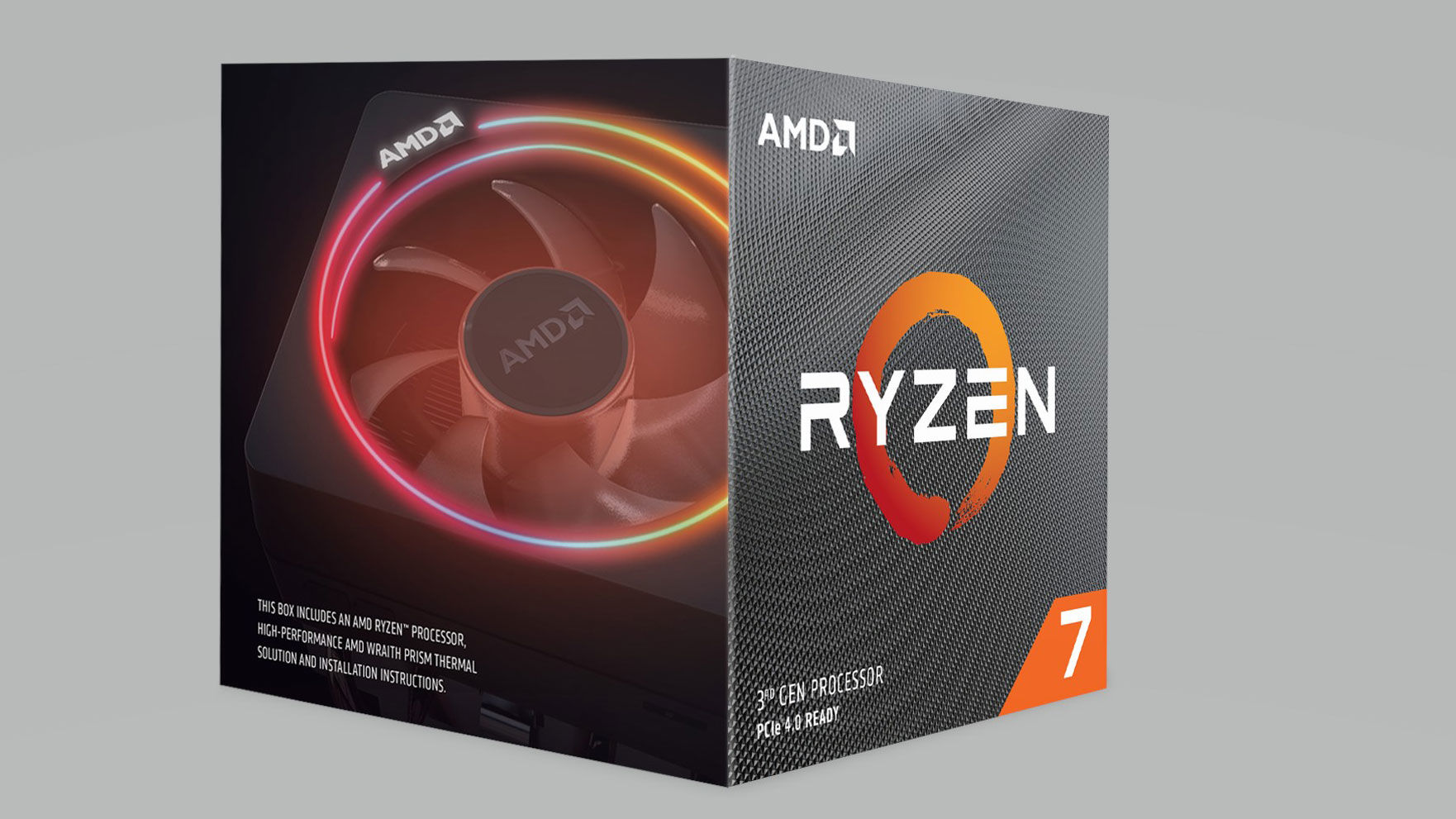 The older Ryzen 9 3900X scored 11,067 and 7,189 in Geekbench and Cinebench, with both of those results outpacing Intel. As with the other brand new XT chips, the Ryzen 9 3900XT will have stronger single-core performance. The Ryzen 9 also beat Intel’s Core i9 in video rendering tests and in mathematical benchmarks and multi-tasking tests.

There’s no doubt about it: for the vast majority of work tasks, AMD rules the roost. Your buying decision comes down to your budget and workload – there’s no point buying a cheaper Ryzen 7 3800XT if you’re tackling high-end 4K rendering, but conversely, it’s not worth wasting money on a pricey Ryzen 9 CPU if you’re only going to be doing modest tasks on your PC. 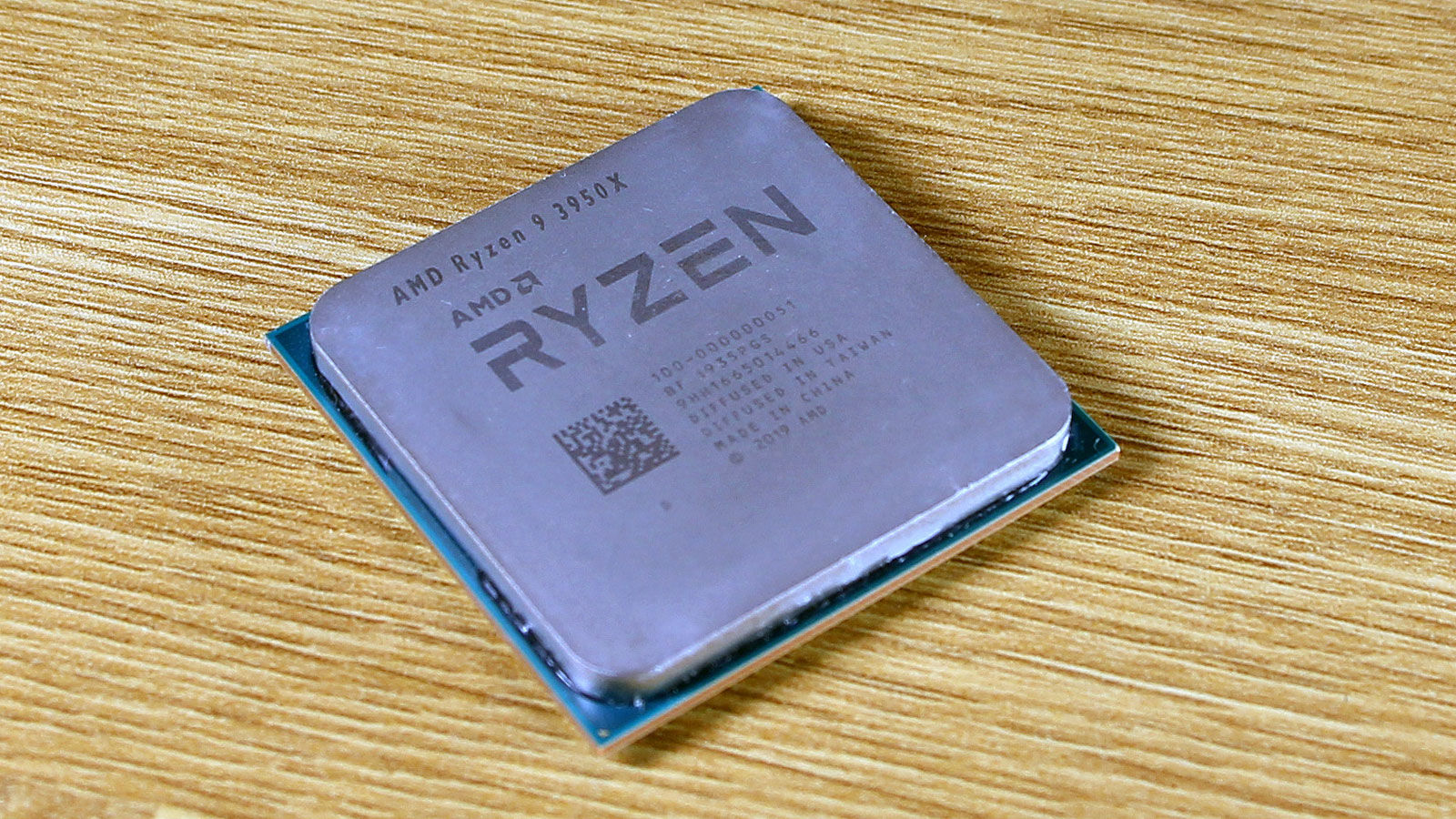 And, if you’re finding that a twelve-core Ryzen 9 3900XT isn’t enough, the Ryzen 9 3950X is a sixteen-core version that costs £676 in the UK and $700 in the US. Beyond that, AMD Threadripper CPUs offer 24, 32 or 64-core configurations at higher prices for true workstation-level performance, but these are overkill for home PCs.

While AMD is best for the majority of tasks, there are some areas where Intel has a (small) advantage. Photo-editing applications and graphic design tools rely heavily on single-threaded performance, which is where Intel chips still outpace AMD.

The i9-10900K scored 773 and 1,057 in the Premiere Pro and Photoshop tests, with the Ryzen 9 3900X scoring 761 and 950. If you’re looking for photo-editing grunt or want to run Adobe’s tools, there’s an argument for choosing Intel CPUs despite their higher costs – especially if you’ll only be doing image-editing on your PC. If image-editing will form part of a wider workload, AMD chips remain more versatile.

Can I Upgrade my Current CPU?

Upgrading to a new CPU is one of the best ways to give your PC a significant speed boost, but it’s not always as simple as popping out the old processor and slapping a new chip into the empty socket.

If you have a PC with a relatively recent AMD chip then you’re in luck – most of AMD’s current CPUs use the AM4 socket, which has been used in motherboards for several years. Most existing motherboards support AMD’s latest chips – at most you’ll have to check in advance that your board does support it, and then apply a BIOS update before installing the brand new CPU.

The only thing you’ll miss out on is features that aren’t included in older chipsets, but that won’t likely be a practical concern unless you want super-fast PCI-Express 4.0 storage. If that’s the case, you’ll need to upgrade to an AMD X570 motherboard.

If you want to use an Intel Comet Lake chips, you’ll need a new motherboard – because they require the new LGA 1200 socket. That’s an added cost that isn’t always applicable for AMD CPUs. And a new motherboard can easily add a couple of hundred to your bill, so reusing an existing one will certainly save significant cash.

If you do need a motherboard to go with your new CPU, there are plenty of thing to consider. First, ensure it is compatible with your chosen processor and then look at the various slots, connectors and features included on the board. If these will be useful, that’s ideal; if not, you could end up paying extra for features you’ll never use. 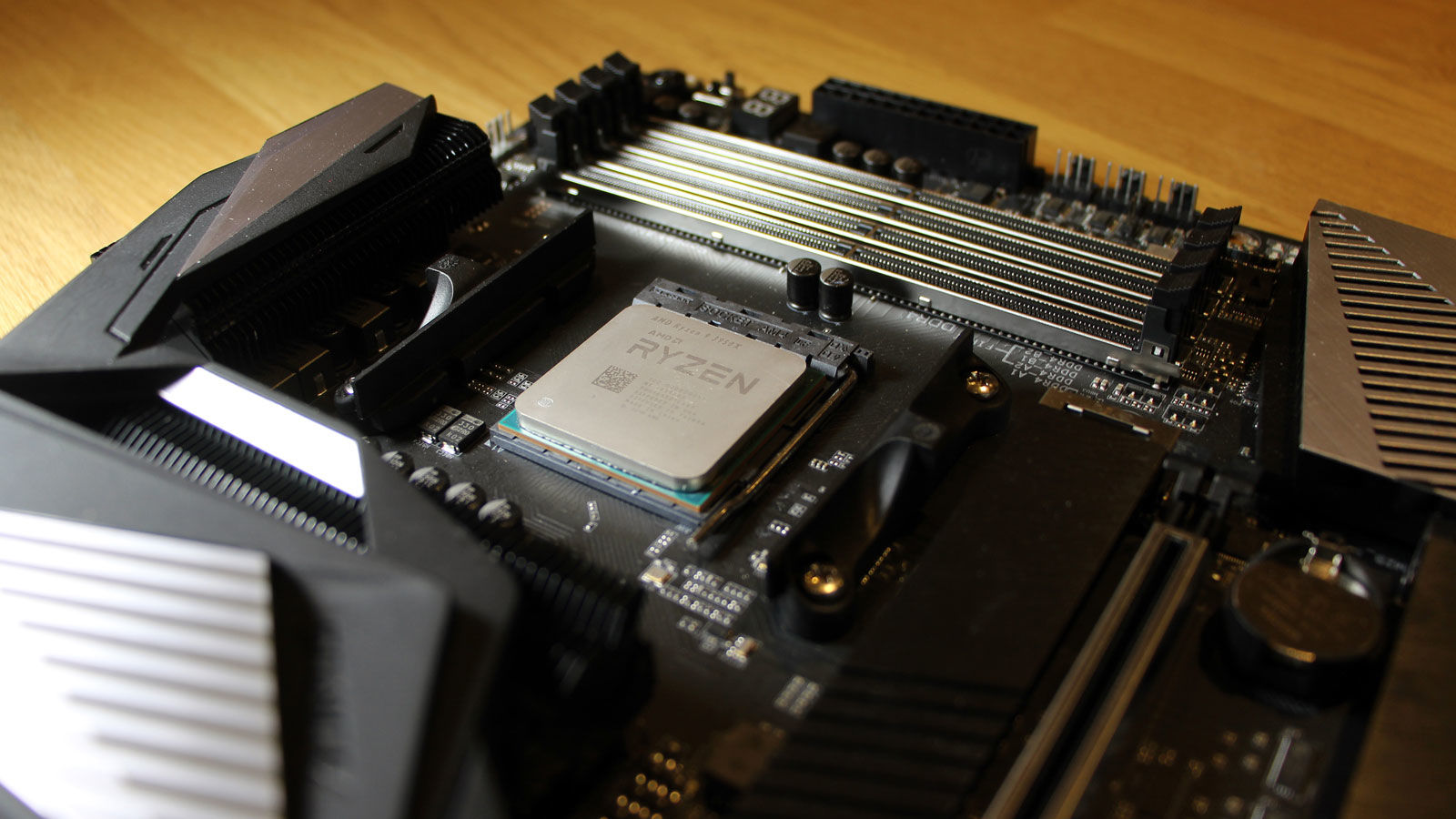 Don’t overlook other components. Modern CPUs need DDR4 memory, so if your current PC has DDR3, that can’t be reused even after upgrading the motherboard. The same may be true of the power supply if your existing unit doesn’t have the right CPU power connections.

If you are in a position where you’re only able to reuse your case and hard drive, it may well be worth considering buying a pre-built PC. It may even work out cheaper and it’s a lot less hassle as you’ll get a warranty that will cover all components as well as labour.

Check out our roundup of the best PCs for some recommendations, and you can also head to PC builders (in the UK) such as Overclockers.co.uk, Cyberpower Chillblast and PC Specialist. They all offer a bespoke service where you can pick and choose exactly what you want.

Don’t forget Dell, MSI, Lenovo and other manufacturers which build PCs on a much bigger scale so may offer a better deal if you don’t need to be able to customise every element of the machine.