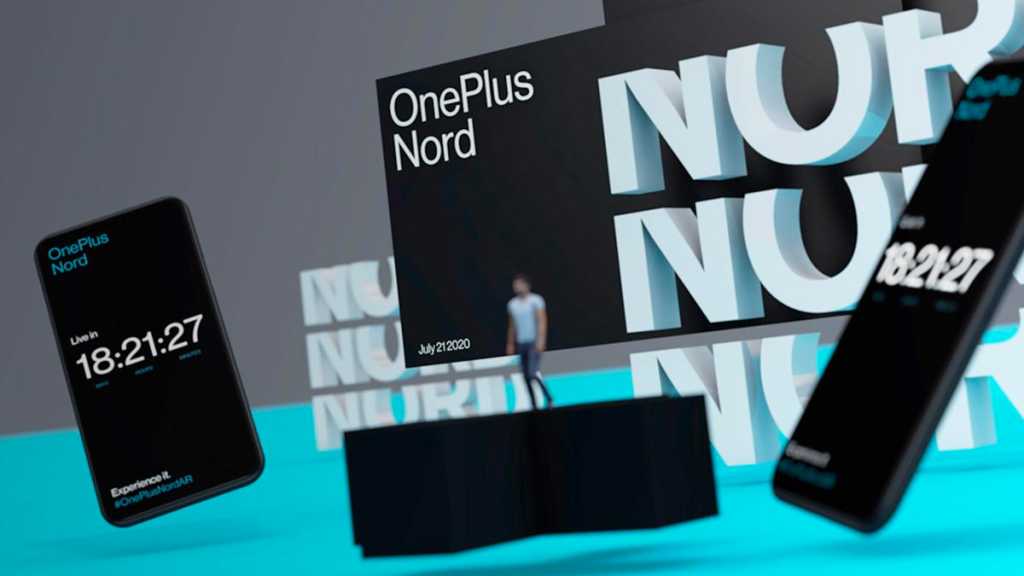 The OnePlus Nord – the phone maker’s second-ever mid-range device in its six years of existence – arrived on 21 July and OnePlus held an augmented reality launch event to celebrate its arrival.

While the tried-and-true stage-based press conference has served as the launch platform for many of the company’s phones in the past, OnePlus also hasn’t been afraid to tinker with the formula on occasion.

The OnePlus 2, which hit the market back in 2015, was launched by way of a VR (virtual reality) event, held within what OnePlus called ‘The Loop’. It was predominantly set within the company’s office and allowed viewers to look around 360° as the event unfolded.

In a not-dissimilar fashion, the Nord launch leveraged AR (augmented reality) technology as its foundation.

How to rewatch the OnePlus Nord launch event

You can rewatch the launch through a couple of different means. The easiest way is to download the OnePlus Nord AR app, available for both iOS and Android devices.

You’ll need to allow the app access to your camera to facilitate its AR wizardry and, for the best experience, it’s recommended that you wear headphones and make sure you’ve got a strong WiFi connection too.

If you don’t want to use OnePlus’ AR app and still rewatch the stream, established tech YouTube channel Unbox Therapy hosted a livestream of its own, which you can watch above.

When was the OnePlus Nord launch?

The phone then went on sale on 4 August in Europe, 6 August in India and while it doesn’t have a US launch planned, OnePlus has confirmed that another Nord device is set to arrive before the end of 2020.