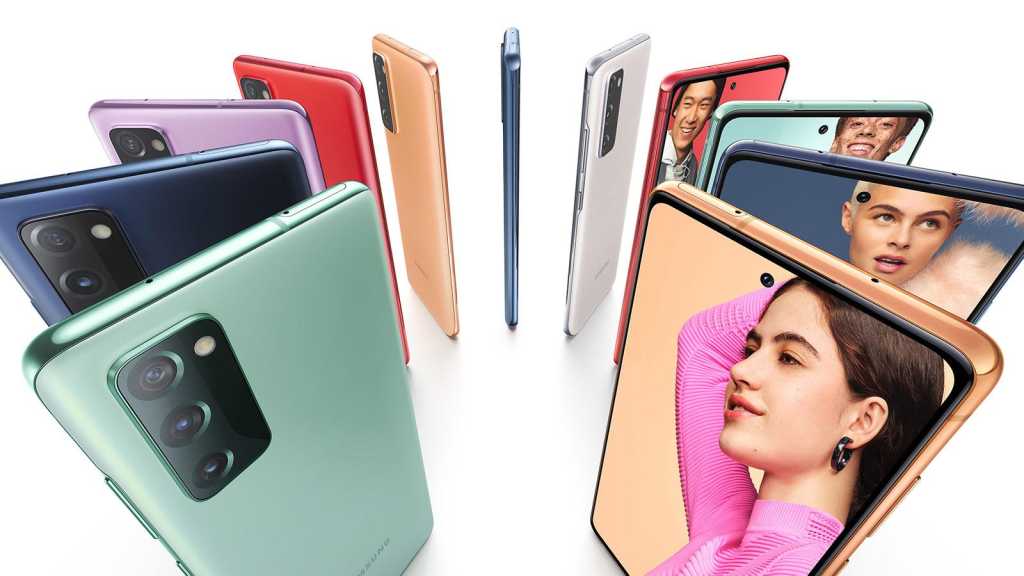 Samsung may have moved onto the Note 20 series for its flagship phones, but it’s not done with the S20 line yet. The company has launched a more affordable take on the range with the Galaxy S20 FE – aka the Fan Edition.

The S20 Fan Edition packs in some of the best features of the flagship S20 – a 120Hz display, triple camera and 5G support (though the UK is also getting a 4G version) – but slashes the price by dropping a few flashy features like 8K video recording. Essentially, think of it as an S20 Lite.

Here are all the key specs you do – and don’t – get with the S20 FE, along with when you’ll be able to get it and how much it costs.

When is the Galaxy S20 FE on sale?

Samsung announced the S20 Fan Edition at a dedicated Galaxy Unpacked event on 23 September and launched pre-orders immediately. Phones started shipping and appearing in stores from 2 October, so you can order one right now if you’re tempted.

Those who purchase an S20 FE before 27 October will be able to grab their choice of a free Galaxy Fit 2 wearable or three months of Xbox Game Pass Ultimate plus a MOGA XP5-X+ gamepad, while in the US you’ll pick up a free $70 Samsung store credit. Be sure to check out our guide to the best S20 FE deals for more offers though.

How much does the S20 Fan Edition cost? 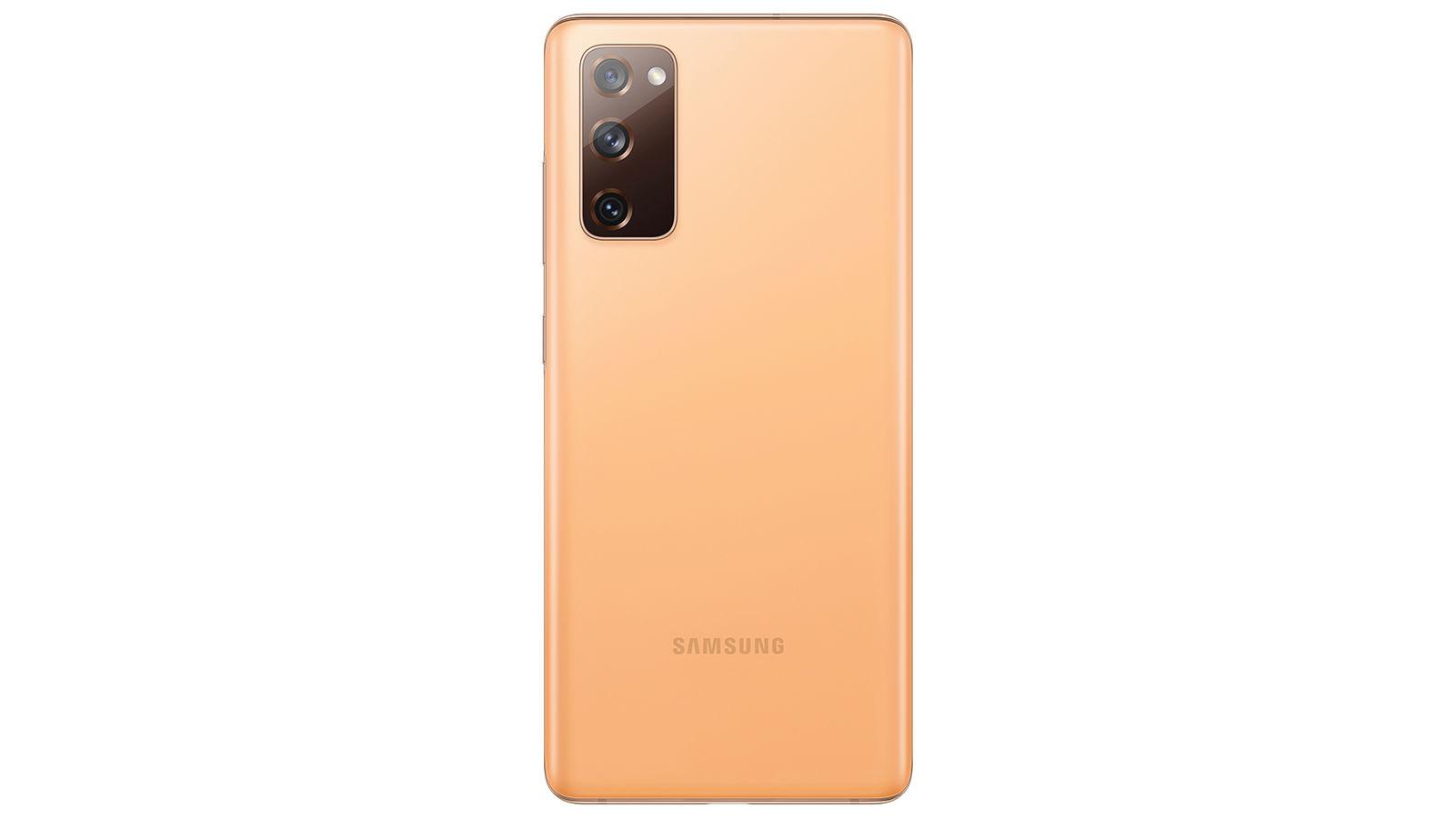 By contrast, the standard S20 now costs £749 for a 4G model, and £899/$999 for the 5G version, so there’s a pretty decent saving to be had by dropping down to the FE version. Samsung makes various A-series phones that are closer to the S20 FE in price though, so take a look at our ranking of the best Samsung Galaxy phones for more alternatives.

What does the Samsung Galaxy S20 FE look like?

The most striking thing about the S20 FE by far is the selection of colours. Samsung is launching the new phone in a range of six different colours: Navy, Red, Lavender, Mint, White, and Orange.

The phone’s back is made of reinforced polycarbonate – what Samsung likes to call ‘Glasstic’, because it’s plastic that looks and feels like glass – and finished with a slightly hazed effect, so that the colours are more muted than garish. You’re still getting Gorilla Glass 5 on the front though, and an aluminium frame. 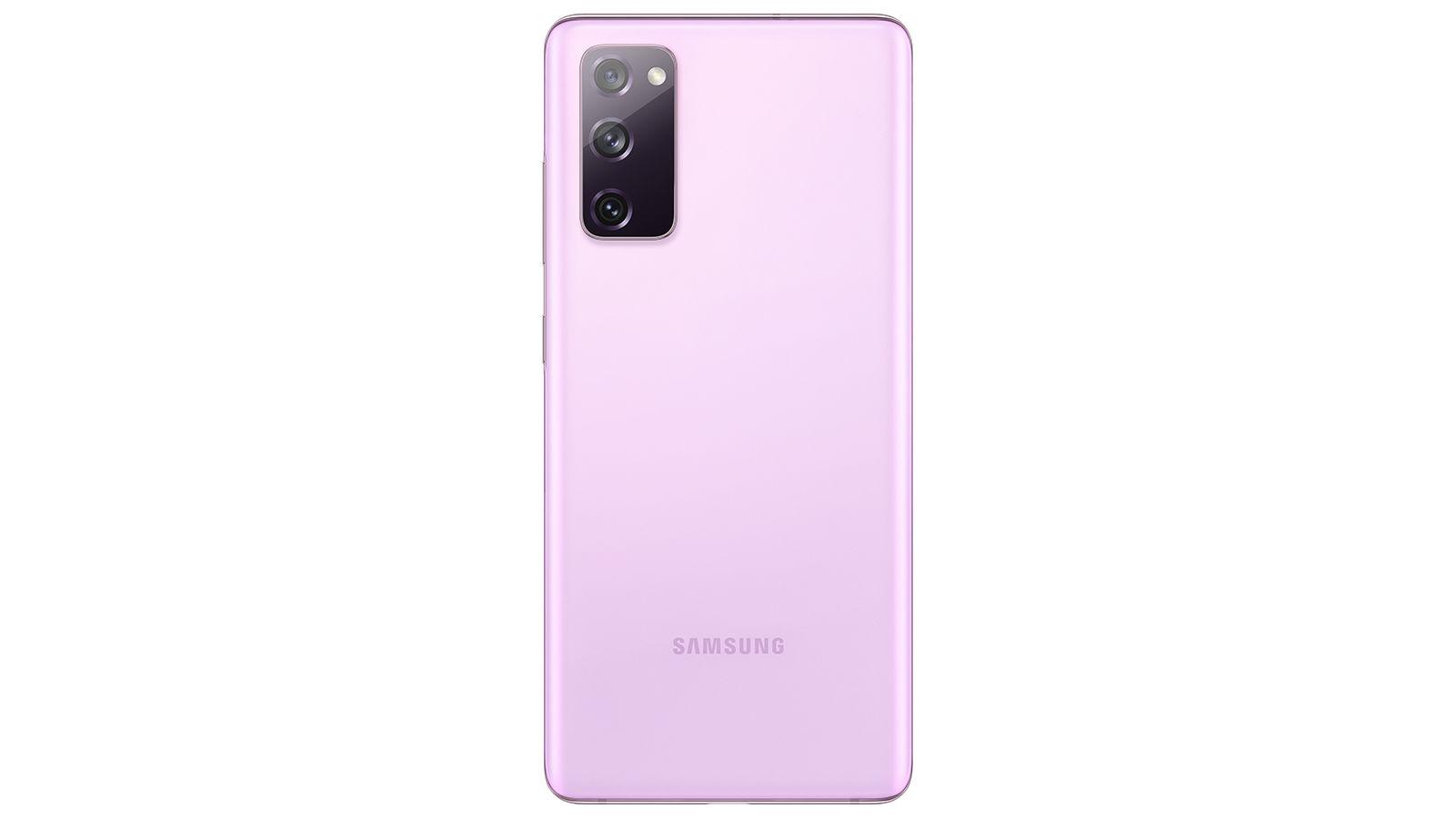 The slim triple-lens camera module actually looks a little more like the Note 20 than the S20, while on the front there’s a small, central punch-hole selfie camera in the big 6.5in display – which is actually almost the same size as the display in the S20+.

At 190g it’s actually 4g heavier than the S20+, mostly because it’s half a millimetre thicker. Otherwise, the dimensions are similar to the Plus, as while the screen is a touch smaller it’s flat and surrounded by slightly thicker bezels: so remember that this is a big phone, closer in size to the S20+ than to the petite S20.

What are the Galaxy S20 FE specs?

This is one area where Samsung hasn’t skimped on the phone, and it delivers surprisingly similar specs to the standard S20:

The Tech Advisor team also gave their thoughts on the Fan Edition in our weekly podcast Fast Charge, so check that out to find out what we think:

The big news here is the chipset. Samsung has previously split up processors by market, so that UK & European buyers got an Exynos core, while those in the US got the Snapdragon. Including the option of a Snapdragon 865 in the UK release is the first sign that the FE really is for the fans.

RAM and storage come in just one configuration – 6GB and 128GB respectively – but there’s a microSD card slot to expand the latter. 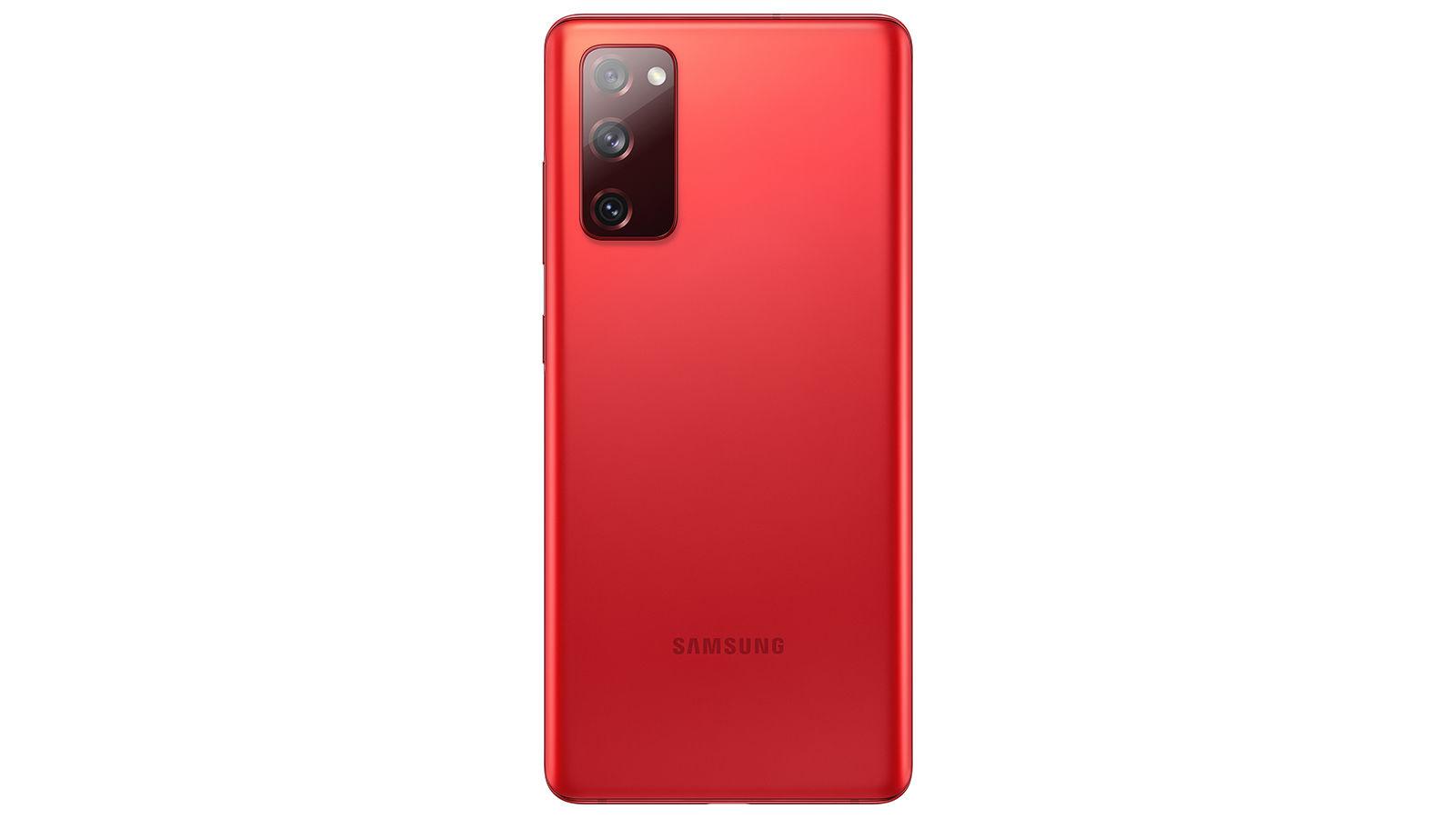 The 6.5in display isn’t quite the same calibre as those found in the main S20 phones – it’s what Samsung calls Super AMOLED rather than Dynamic AMOLED – but with 120Hz refresh rate, we suspect most people won’t mind. It’s only FHD+ though (1080×2400) so you will miss out on the QHD resolutions found in the other S20s.

The camera setup is also similar but tweaked. The good news is that the main 12Mp lens is the exact same one found in the S20 and S20+, with Dual Pixel autofocus, OIS, f/1.8, and a huge 1.8μm pixel size. This is a really fantastic camera, and this will be where the S20 FE is really likely to deliver value.

The 12Mp, f/2.2 wide-angle is similar to that found in the other phones, but has slightly smaller pixels, while the telephoto is very different. Here there’s a real 3x optical telephoto that delivers up to 30x Space Zoom – in contrast to the 64Mp lens Samsung used to deliver digital zoom in the S20 and S20+. Weirdly, that might mean that the S20 FE actually delivers better zoomed shots than its more expensive siblings. 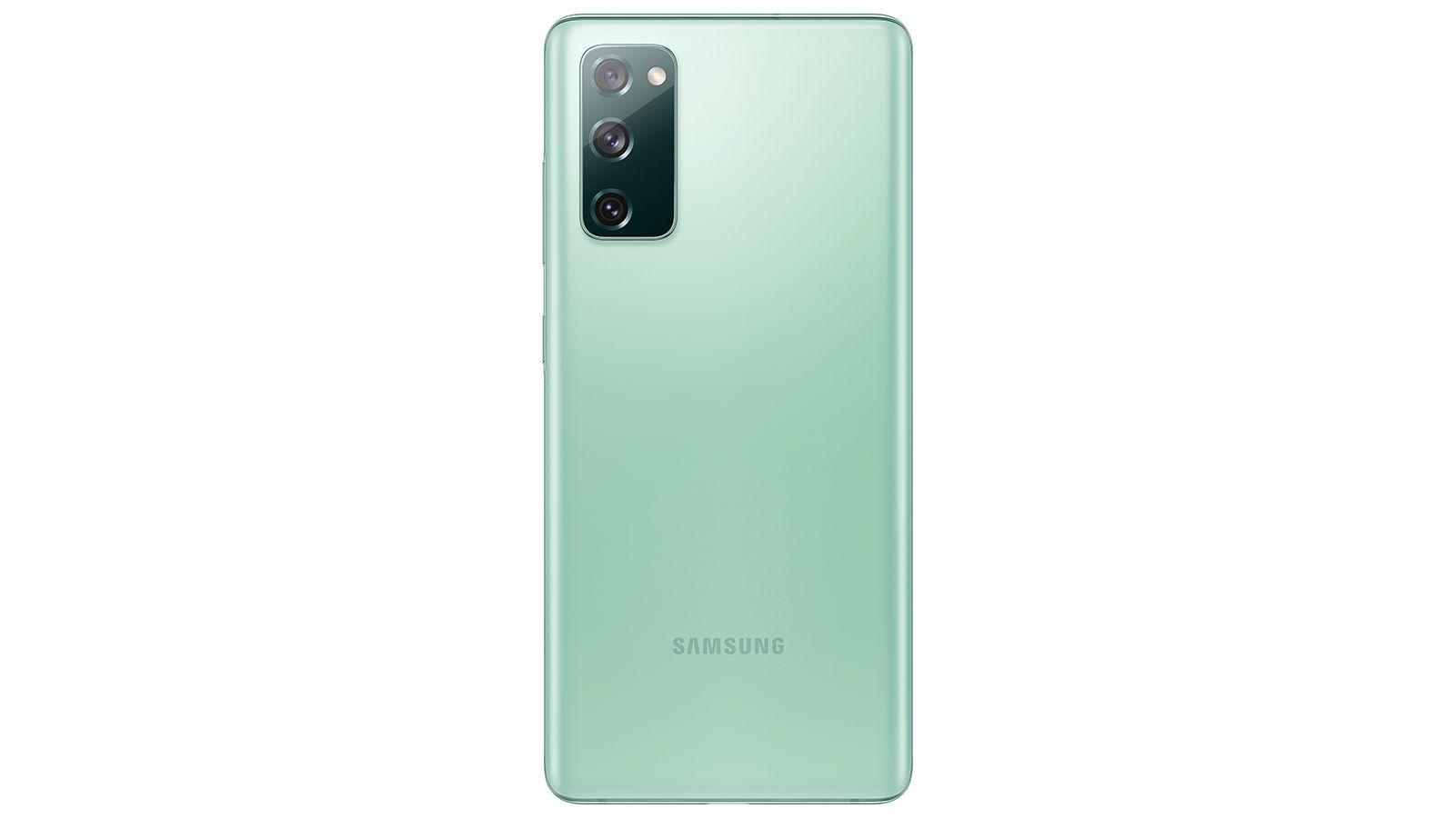 You’ll get the same camera features as the other S20 phones – like Night Mode, Single Take, and Space Zoom – but note that there’s no support for 8K video recording. This was limited to 24fps in the S20 anyway and was honestly pretty rubbish, so we don’t think you’ll miss it.

On the front, you’ll find a 32Mp f/2.2 selfie camera. This is higher in resolution than the other S20 selfie cameras, but with smaller pixels, it may in fact still lag behind them in actual performance. It’s also used for face unlock, and there’s an optical fingerprint scanner built into the display.

On battery life, it offers a definitive improvement, with a 4,500mAh cell that’s the same size as the S20+’s and bigger than the S20’s. It’s paired with 25W wired charging and 15W wireless, with reverse wireless charging supported too. Note though that the phone doesn’t ship with a 25W charger – the one included in the box is only 15W. 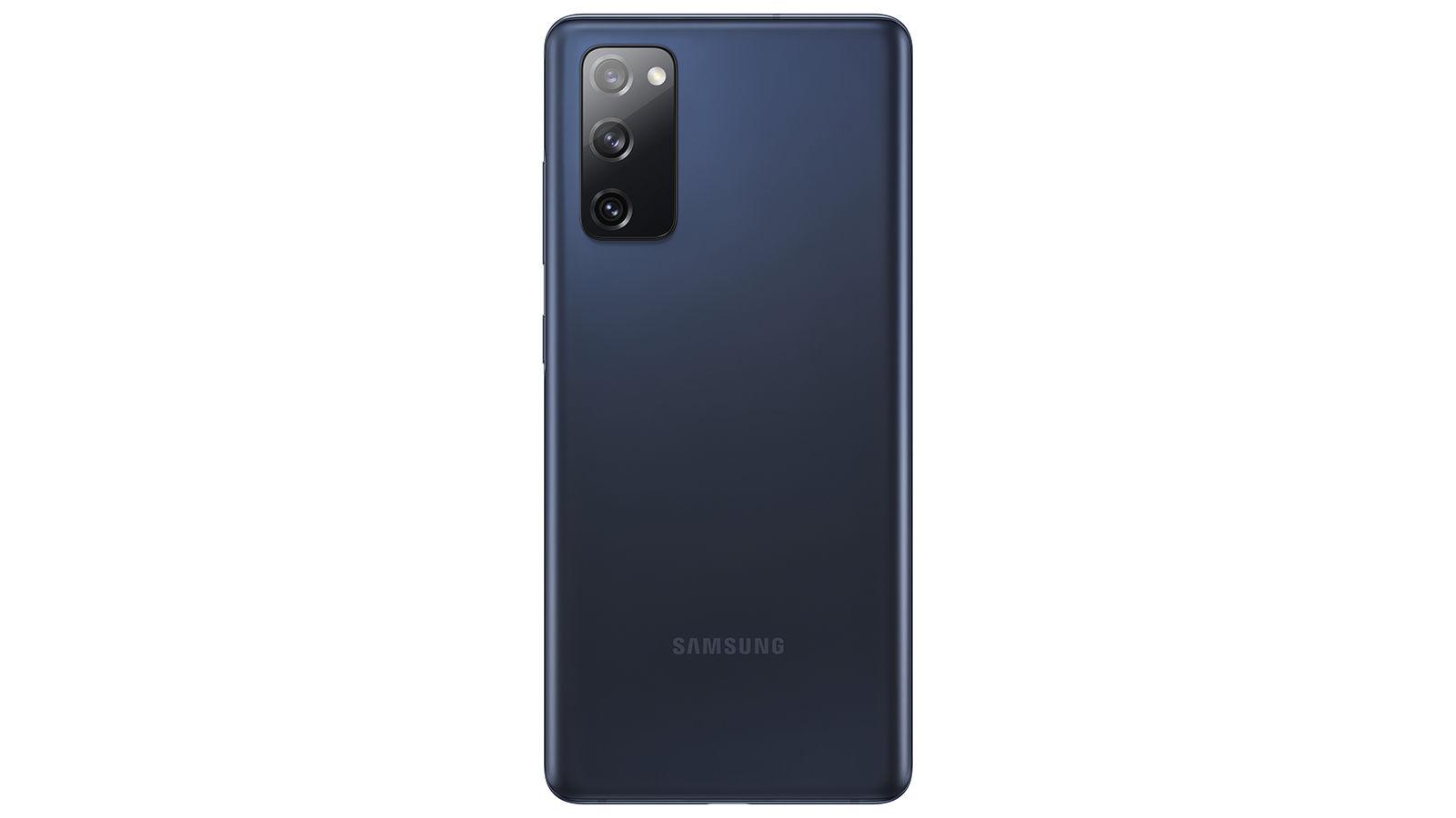 Finally, the S20 FE has the same IP68 rating as every other S20 phone, so will be solidly water and dust.

Samsung is also offering up to three years of Android OS updates, so you can take your time about upgrading.

So how does the Fan Edition compared to the more expensive models in the line? We’ve broken down every spec difference we can find to lay it out as clearly as we can in the table below. 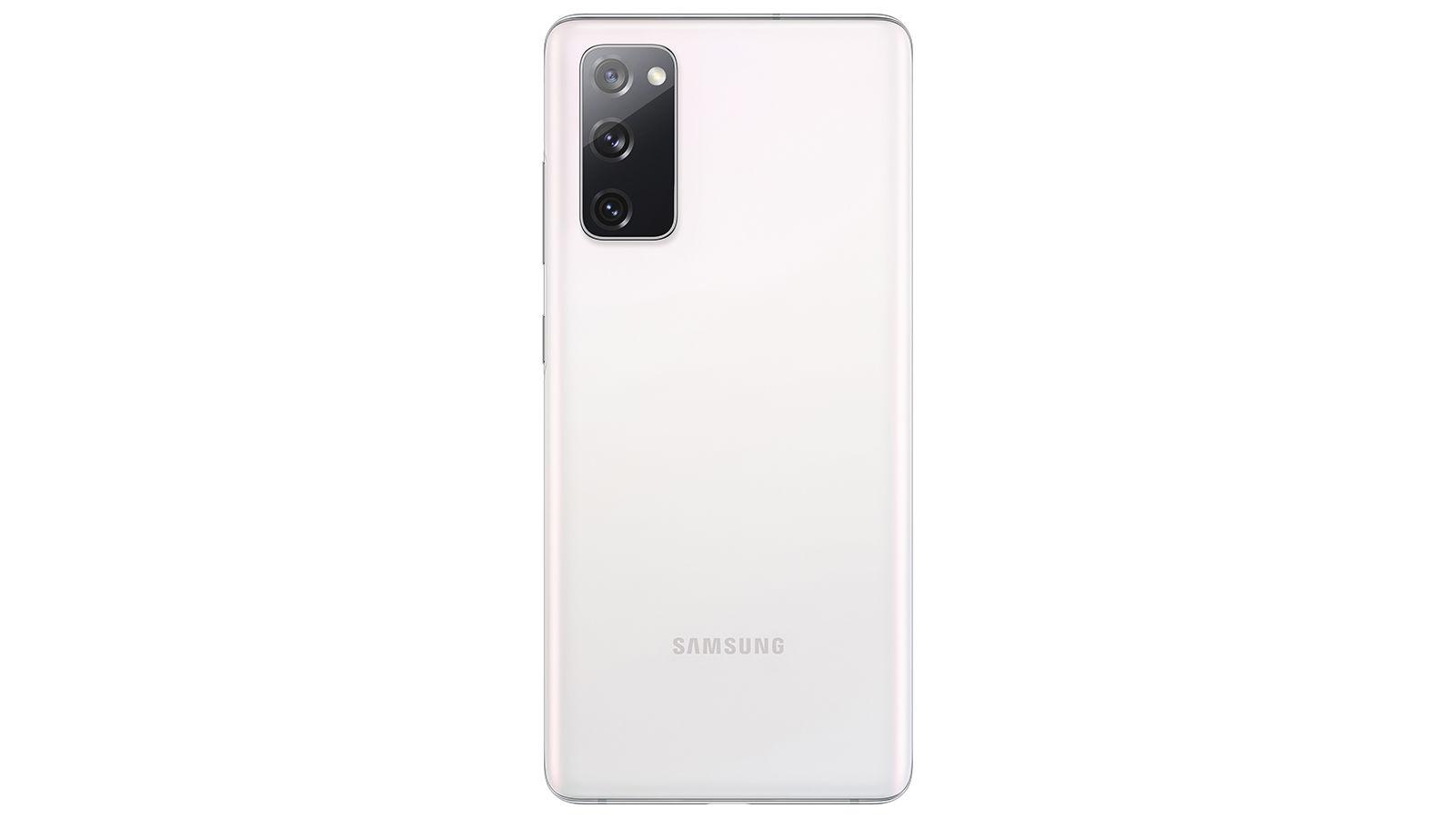 But if you just want the headline differences, the main things you lose by dropping to the S20 FE are slightly less RAM, a lower resolution display, only an optical fingerprint scanner, no WiFi 6, no 8K video recording, and only having a plastic back.

On the other hand, you gain a bigger screen and battery (compared to the regular S20), and arguably a better telephoto camera, though we’ll have to test it out to be sure. If you’re in the UK or Europe, it’ll also be your first chance to get an S20 phone with a Snapdragon processor. And you’ll make a tidy saving too.