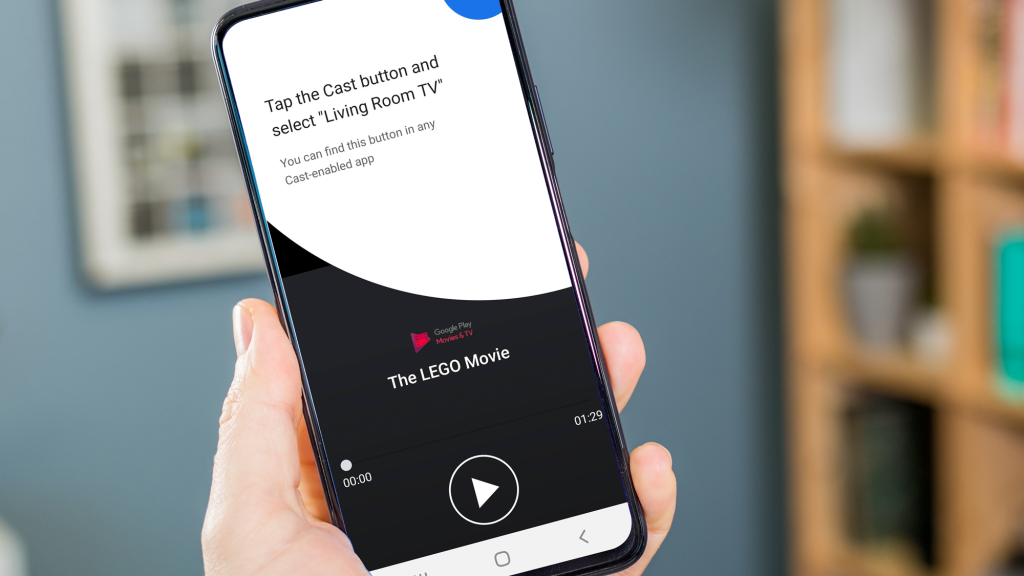 Your small phone screen is fine when it’s just you looking at it, but sometimes you might want to make use of your TV to share photos, videos and other stuff with your family and friends. This is where casting comes in: a way to wirelessly beam what’s on your small screen to the largest one in the house.

We show you a few different ways to cast to a TV from Android.

Just like with Apple’s AirPlay standard, Google has its own way to mirror your phone screen on the TV.

You can do it with Google’s Chromecast device, but if you’ve bought a TV in the past few years then it may already have the technology built in. If not, you can buy a Chromecast for £30/$35 or a 4K-enabled Chromecast Ultra for £69/$69 which you simply plug into an HDMI port on your TV (and the mains, of course). We’ve already written a guide on how to set up a Chromecast, so take a look at that if you’re unsure how to proceed.

Some apps also allow you to cast from Android to an Amazon Fire TV Stick, which is a similar price to the Chromecast, but has the benefit of including a remote control and having an actual user interface. Read our review of the latest Fire TV Stick.

The basic steps to show your Android screen on a TV are as follows: 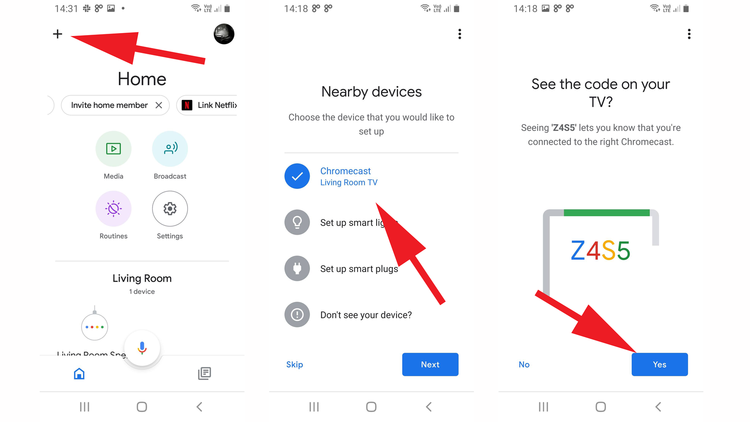 How to cast your screen in the Google Home app

In the Google Home app select your Chromecast and you’ll see the option to Cast my screen. This will mirror on the TV everything on your phone’s display. You can use it as normal, but everyone in the room will be able to see what you see on the phone. Tap Cast screen to begin. 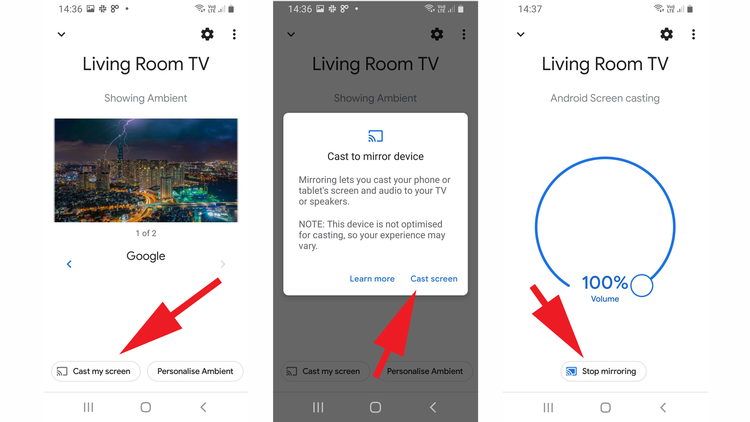 When you’ve finished with the feature, return to the Google Home app, select the device and tap Stop mirroring.

On your phone, navigate to the content you want to view. This can be in any app, but not all apps support casting. You’ll find a comprehensive list of Google Cast apps on Wikipedia, and we’ve put together a list of the best Chromecast apps to use.

In the app, look for an icon that looks like a rectangle with a Wi-Fi symbol in the bottom left corner. Tap this, and you’ll see a list of devices to which you can cast. Tap on your Chromecast, Fire TV or actual TV to stream the content to your TV. While you’re watching it, all of the controls remain on your phone (play, stop, fast forward, skip tracks, etc) and when you’re finished just tap the Cast icon once more and select the Disconnect option. 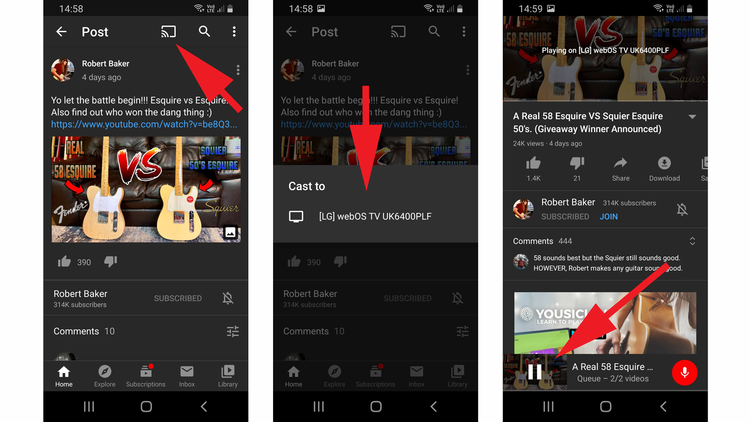 One of the advantages of Chromecast is that while you have control over the content via your phone, you’re free to open other apps and get on with things on the device without it affecting the playback on the TV. When you’re finished with the content, tap the Chromecast icon again to stop casting.

How to use Miracast on Android

An alternative to Chromecast is Miracast, also known as Wireless Display. This technology creates a direct Wi-Fi connection between your TV and phone, meaning you don’t need to be connected to the same Wi-Fi network as you do with Chromecast. While it can be used in a pinch, it lacks the same fluidity of Google’s own offering and can be cumbersome to set up and use.

It’s very likely that you’ll need to download a Miracast app from the Google Play Store such as Miracast for Android or Screen Stream. Depending on the kind of TV you have, you may also have to invest in a Miracast adapter, although most modern sets have the technology built-in. It might be worth finding out if there’s a dedicated Miracast app from the manufacturer too, as there was with the LG TV we used for this tutorial.

Once you’ve downloaded the app, you’ll need to follow the instructions for linking it to your TV. In the cast of LG, the TV has a setting in the Source menu called Share Screen. With this selected we were quickly able to get our phone connected via the app. If you’re using a Miracast dongle, then you’ll need to select the HDMI port that it’s plugged into to be able to see the content.

If you’re looking for an easier way to view streaming content on your TV though, it’s worth reading our guide to the best media streaming boxes as well as the roundup of the best streaming services.