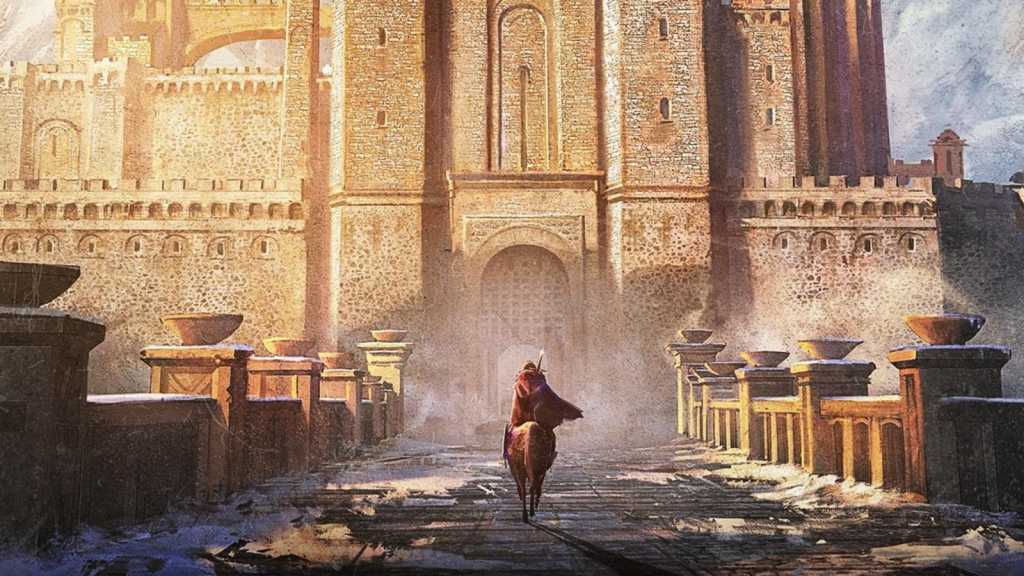 Netflix’s The Witcher was a massive hit with audiences, and now the story is branching out further. Nightmare of the Wolf is an anime film set in the same universe.

If you’d like to know more about Nightmare of the Wolf – including the plot, cast and release date – then keep on reading. We also have a similar article for Cyberpunk: Edgerunners, another upcoming anime project based off of the CD Projekt Red game Cyberpunk 2077.

The Witcher: Nightmare of the Wolf release date

The wait is over, as Nightmare of the Wolf is out now on Netflix. You can watch the Witcher film here.

The Witcher: Nightmare of the Wolf trailer

The first official teaser for Nightmare of the Wolf was revealed during WitcherCon. You can watch it below:

The second teaser for the film shows young Vesemir hunting down a witch, and confirms that this series has what every Witcher property needs… a bathtub scene:

We now have a look at a younger Vesemir, prior to him becoming a witcher:

“Do you know what’s involved in making a witcher?” Watch the new trailer for THE WITCHER: NIGHTMARE OF THE WOLF, a new animated prequel movie from Studio Mir that tells the origin story of Geralt’s mentor Vesemir. pic.twitter.com/668W3IxcdN

Plot of The Witcher anime film

Despite the numerous tales that exist in the original Witcher books by Polish author Andrzej Sapkowski, Nightmare of the Wolf creates something entirely new. It focuses on the character Vesemir, who is scheduled to appear in the second season of The Witcher and is a fan-favourite from the books and games alike.

Vesemir is best known as being a father figure to the main protagonist Geralt. However, this film takes place before Geralt is even born, following Vesemir’s own journey as a Witcher after the mysterious Deglan claims him through the Law of Surprise.

It ties in directly to the canon of the live-action series, giving viewers some context on who Vesemir is and his own past. If we’re lucky, we may even get a cameo from Geralt – AKA Henry Cavil himself.

In an interview with Variety, showrunner Lauren S. Hissrich discusses how she wants Nightmare of the Wolf to focus on how Geralt learnt his skills to teach Ciri through his own family upbringing. To quote, “how Geralt became a Witcher, where his journey started and who was important to him”.

Writer DeMayo stated in an interview with Comicbook.com that the series will include a lot of magical elements that are a lot easier to tell through animation. He stated “it is a story we could not have told in live-action in any way, shape or form. At least not without an incredible burden on production, I will say that.”

Nightmare of the Wolf has a runtime of 1 hour and 23 minutes.

Nightmare of the Wolf cast and crew

The script of Nightmare of the Wolf is written by Beau DeMayo. DeMayo worked on the third episode of the live-action series, and is currently also on the writing team for the MCU Disney+ series, Moon Knight. Showrunner of The Witcher, Lauren S. Hissrich is also involved.

The studio behind the project is Studio Mir, best known for the spin-off of Avatar: The Last Airbender, Legend of Korra.

As for cast members, Theo James will be reprising his role as Vesemir. James provided the role the voice of young Vesemir in a flashback season of the first season of The Witcher, and has previously voice acted in other Netflix animations, including Castlevania and The Dark Crystal: Age of Resistance.

Lara Pulver will voice Tetra, a powerful sorceress and descendent of Continent’s first mages who works to ensure magic is not abused. Pulver is best known for Dota: Dragon’s Blood and Sherlock.

Graham McTavish – another Castlevania alumni – will voice Deglan. Deglan is a hardened warrior-leader of the witchers and is fiercely loyal to his “boys”.

Mary McDonnell, best known for Battlestar Galactica and Major Crimes, will voice Lady Zerbst. She is a Kaedwen noblewoman who sits on the king’s advisory council, and is a supporter of the witchers.

How to watch The Witcher: Nightmare of the Wolf

As you may have already guessed, you’ll need a Netflix subscription to watch Nightmare of the Wolf. You can sign up for an account on the Netflix website, with plans starting from £5.99/$8.99 per month.

If you’ve not yet got Netflix, then see how it stacks up against competitors such as Amazon Prime Video and Disney Plus in our comparison of the best TV streaming services.