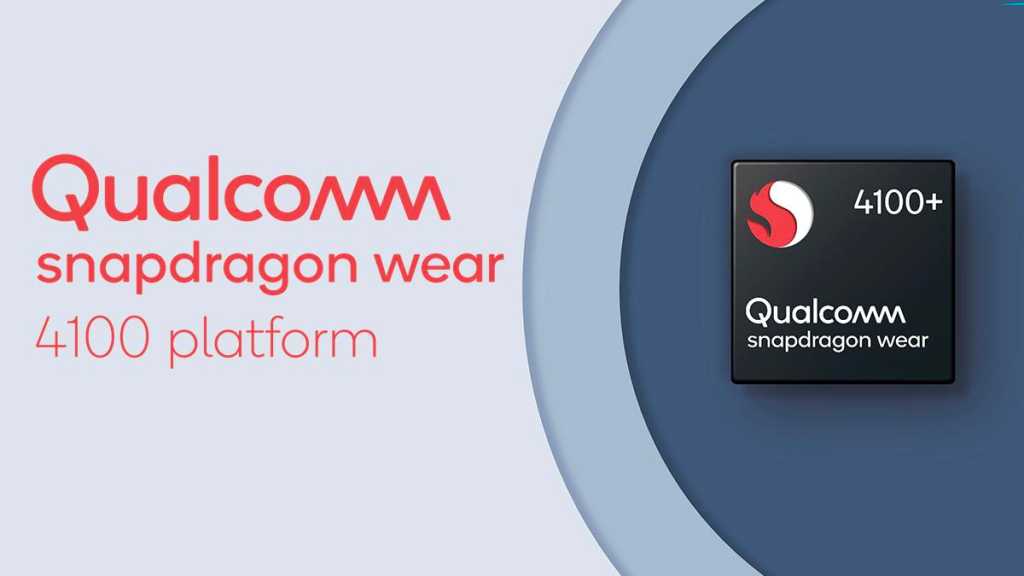 Qualcomm has near-enough served as the sole supplier of silicon for smartwatches running Google’s Wear OS user experience in recent years and a new family of chips – its Snapdragon Wear 4100 platform – points to a brighter future for the next generation of wrist-worn wearables.

Apple and Samsung are responsible for some of the best smartwatches on the market currently; not least because they’ve consistently offered a superior user experience to Wear OS-toting rivals from the likes of the Fossil Group (which includes brands like Armani, Skagen and Michael Kors), Mobvoi (makers of the TicWatch series), Sunnto and beyond.

One thing that practically every modern Wear OS-based smartwatch has in common is its reliance on Qualcomm’s Snapdragon Wear platform, which has always lagged behind the proprietary silicon Apple and Samsung have squeezed into their watches.

With the newly-announced Snapdragon Wear 4100 and 4100+ however, it looks as though Qualcomm might finally be looking to help even the playing field.

Compared to 2018’s Snapdragon Wear 3100 – which itself was only a mild improvement over 2016’s Wear 2100 (adding a co-processor for improved ambient capabilities), Qualcomm claims that performance has been improved by 85%, while battery longevity is now 25% greater.

This comes in-part thanks to the fact that Qualcomm has been able to build the 4100 line on a smaller and more efficient 12nm process (the Wear 3100 uses a thicker 24nm process).

Add to this the capacity for more memory, more efficient 64-bit Cortex A53-based quad-core architecture, superior graphical performance and more up-to-date connectivity options across Bluetooth, WiFi and 4G LTE, and the 4100 seems like a far more significant generational upgrade over its predecessor.

The main difference between the standard and ‘plus’ version of the Wear 4100 is the addition of an enhanced AON (always-on) co-processor, which comes with its own partitioned memory and performance; similar in design to the QCC1110 which debuted on the 3100 but with some subtle tweaks.

This means a richer always-on user experience, with support for a wider colour gamut when using always-on watch faces, as well as more efficient constant heart-rate monitoring and step counting. Sleep tracking is now truly viable on Snapdragon Wear hardware too, as a result.

While the Wear 3100-powered Montblanc Summit 2+ was the first Wear OS watch to accommodate easy 4G setup and connectivity, the experience is said to be even more seamless and less power-hungry across the 4100 line.

We don’t yet have a launch date for the first Snapdragon Wear 4100/4100+-powered smartwatches, however, manufacturers like Mobvoi have already confirmed that they have products in development using the hardware.