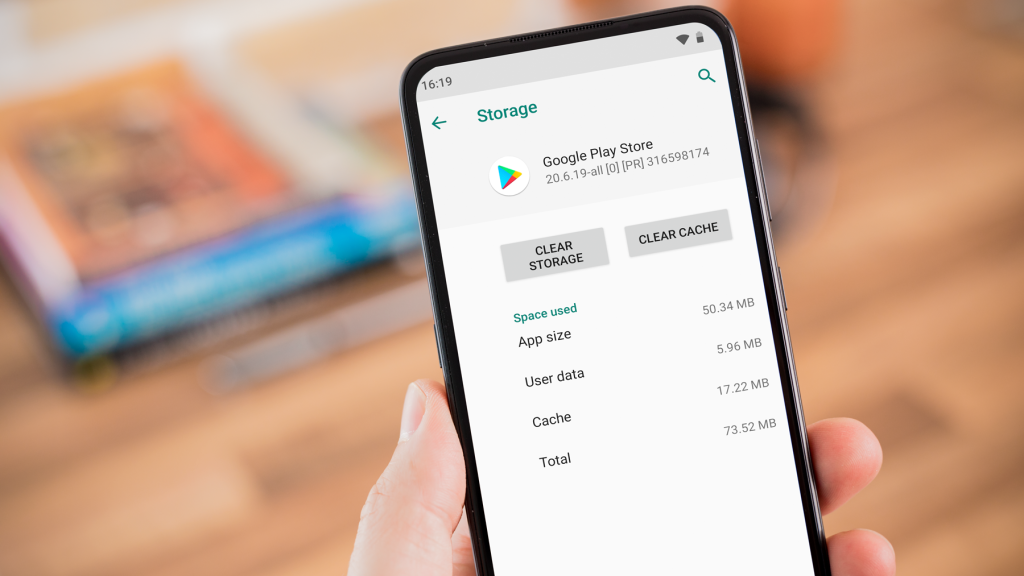 As you use apps on your Android phone they store various bits of data in something called the cache to make things run smoothly. The problem is that on occasion information stored in the cache can do the opposite and prevent the app from running smoothly, or at all.

Also, over time the cache can become bloated, which in turn can begin to affect the performance of your device. We show you how to empty out the cache in apps and get things back up and running properly.

How to speed up your Android phone by rebooting the device

Before you begin clearing out cache files, it’s probably worth restarting your phone to see if the problem is wider than just a few apps that are filling up. The old adage of ‘have you tried turning it off and on again?’ might be a running joke on The IT Crowd, but it actually does solve many tech-related problems. So, give it a go and see if the performance improves.

How to clear app cache on Android devices

Android does a good job of managing memory and short-term storage these days, so you won’t find a general option to clear the cache entirely. Instead you’ll have to visit each app individually. It’s a good idea to look at the ones you use most often first, as they will be the likely culprits when it comes to cluttered cache files.

To do this, open Settings > Apps & notifications then tap the app you want to address. On the App info page, tap the Storage option, then on the next page select Clear Cache. 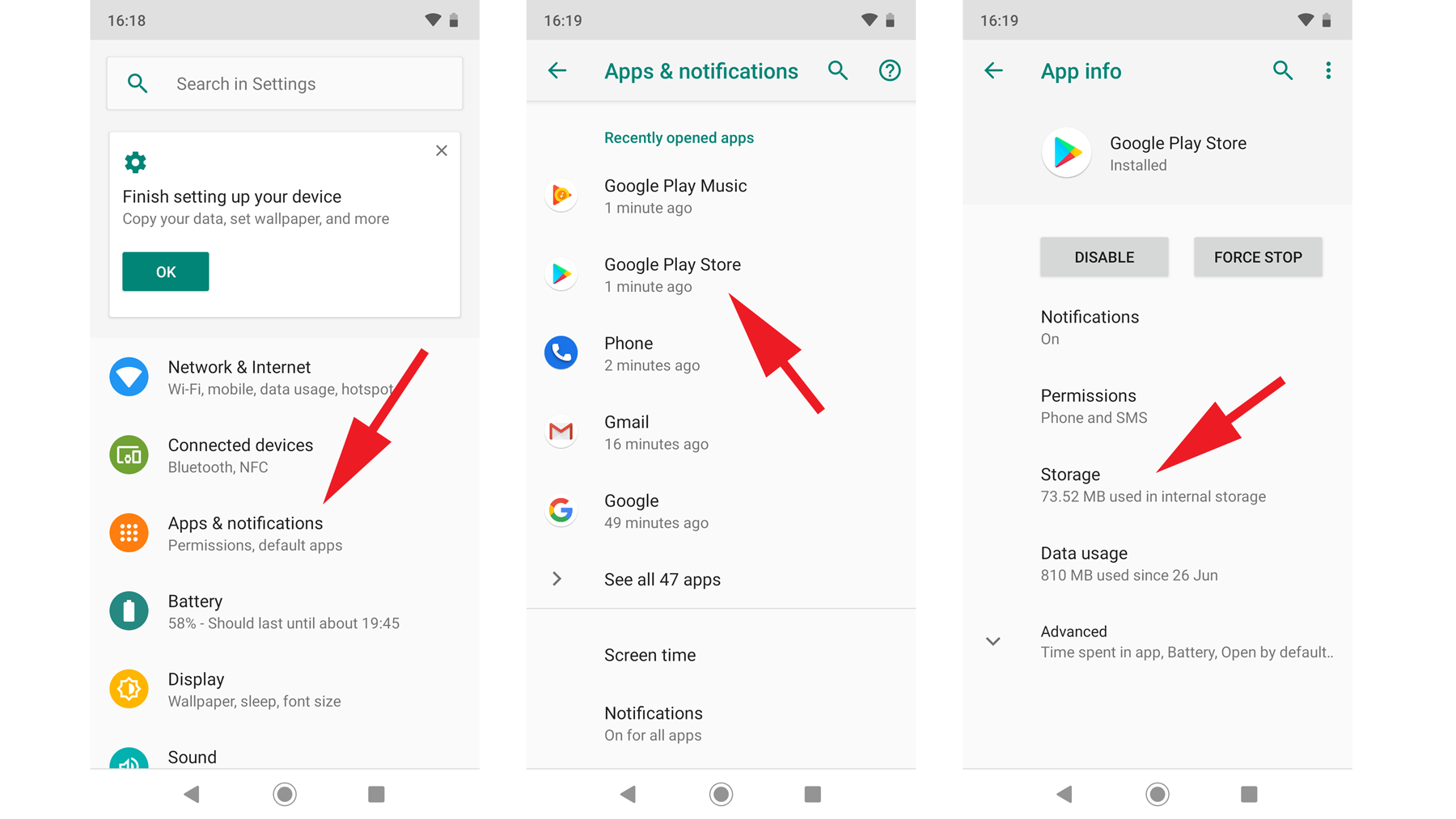 Avoid using the Clear Cache button unless you want to reset your app and return it to its original, blank state. 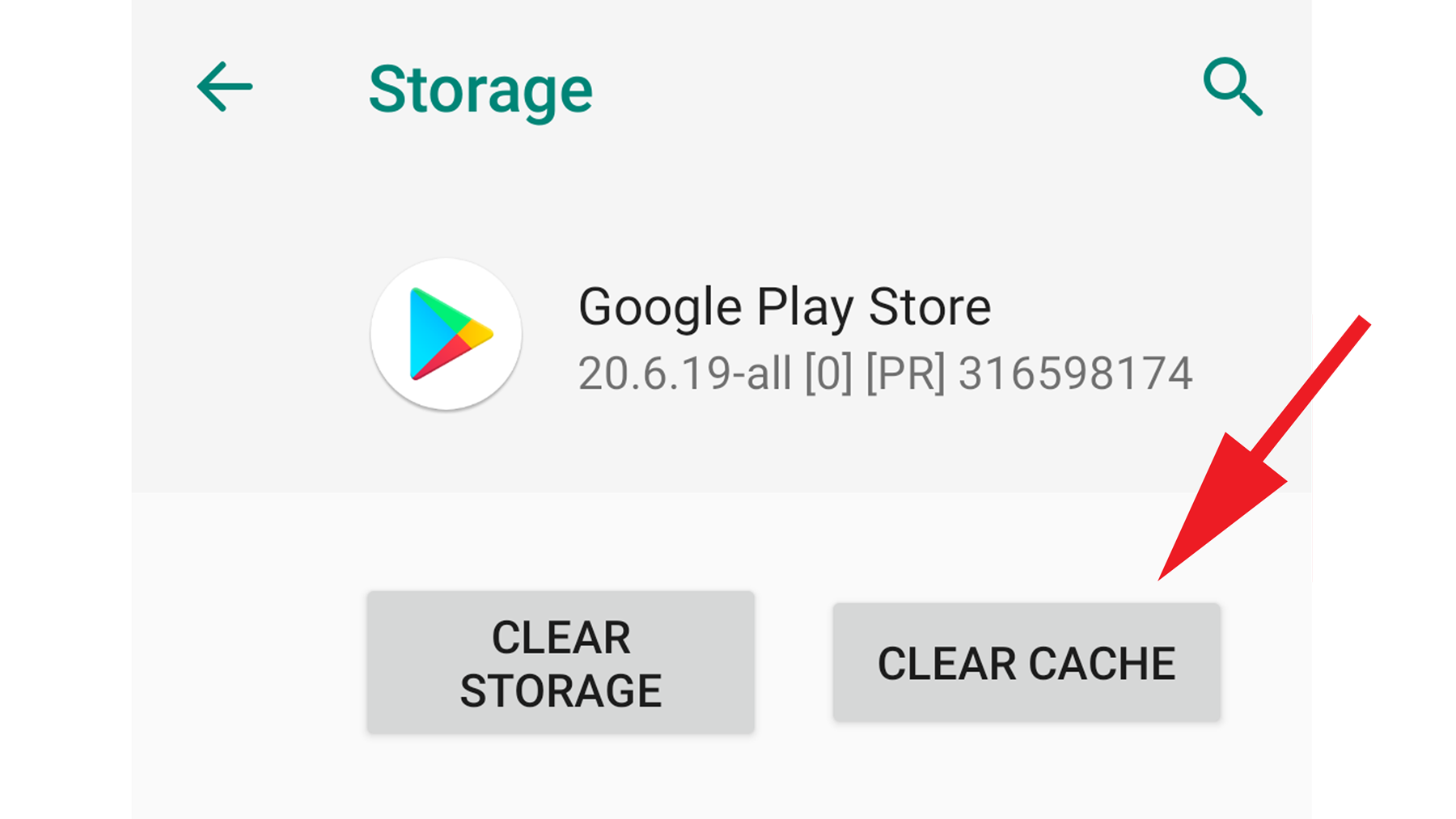 How to clear app cache on Samsung devices

With Samsung being one of the most popular manufacturers of Android smartphones, we thought it wise to cover the method used by its devices to clear the cache as it differs from several others.

You’ve a choice of either individual cache settings in apps or a general cleanse that includes all of them in one go. To reach the individual apps, open Settings > Apps and then select the one you want to clear. 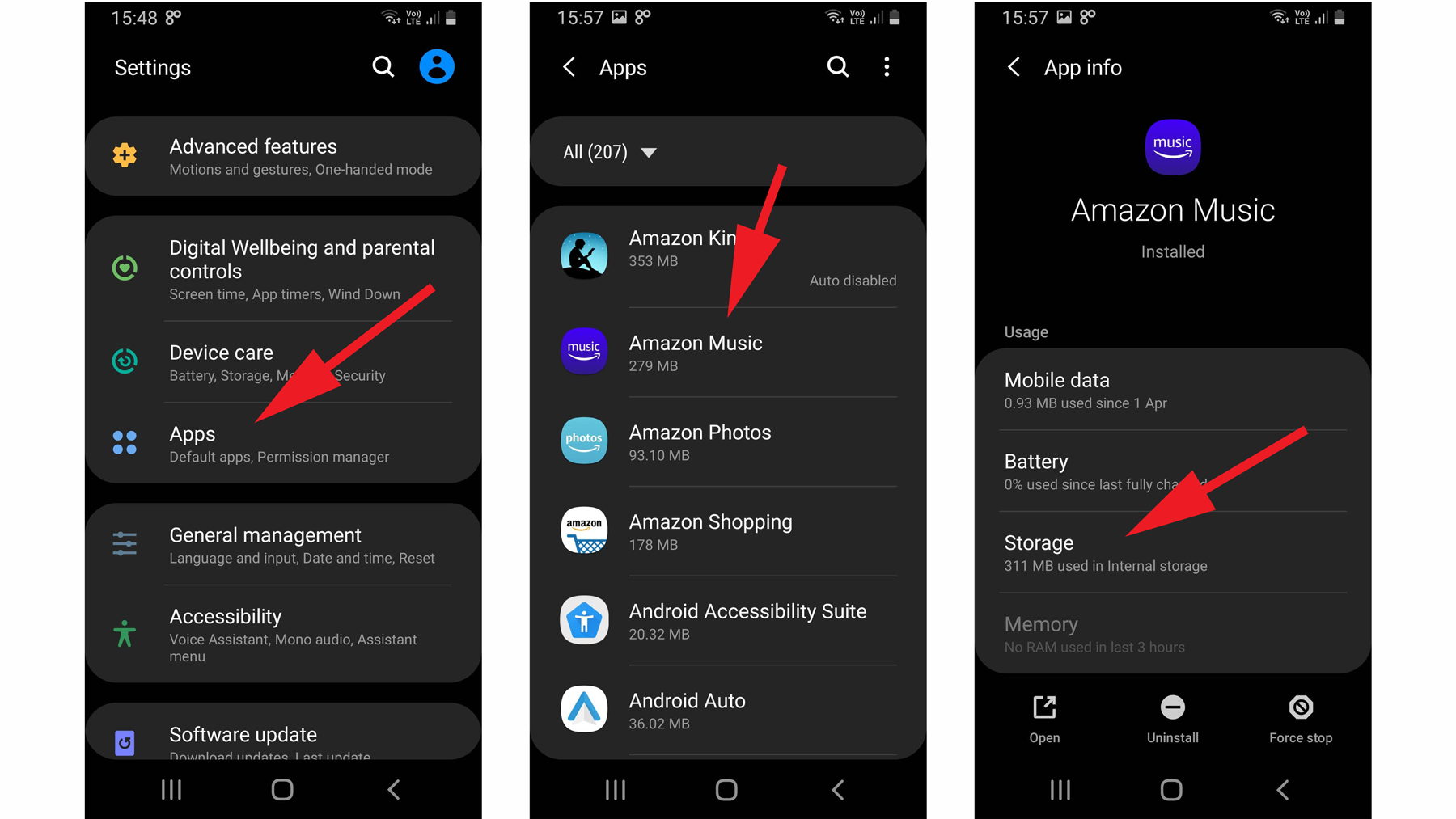 On the App info page select Storage then at the bottom of the next screen you’ll see the option to Clear cache. You’ll also notice an accompanying Clear data button, but don’t use this unless you want to reset the app completely and start from scratch. 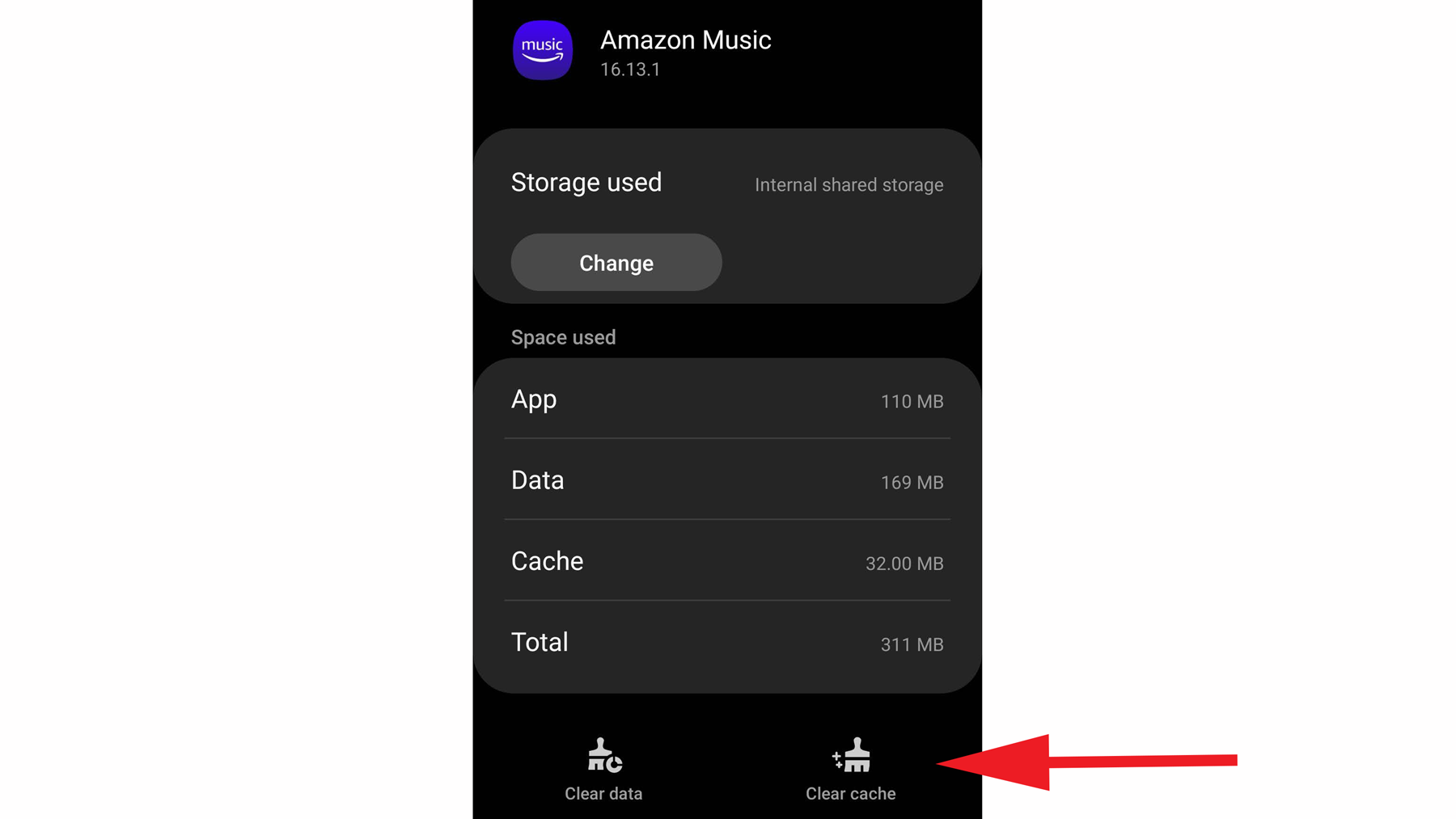 Alternatively, to clear all app caches, open Settings and select Device Care. Next tap the Storage option then tap the Clean Now button.

While you can manage cache files manually, if you want to keep your device in tip-top condition without having to spend time clearing out files and other junk as it accumulates, it can be worth using a cleaning app. There are several on the Google Play Store, with a popular choice being CCleaner.

Not only does this clean out the cache, but it can also keep your phone’s RAM from filling up with unnecessary clutter and generally stop apps from slowing things down.

Cleaning out your cache regularly is a good way to help keep your device moving along at a good clip, but there are plenty of other things that can affect performance. So, we’d recommend taking a look at our tips on how to speed up Android if you want to avoid a sluggish device.