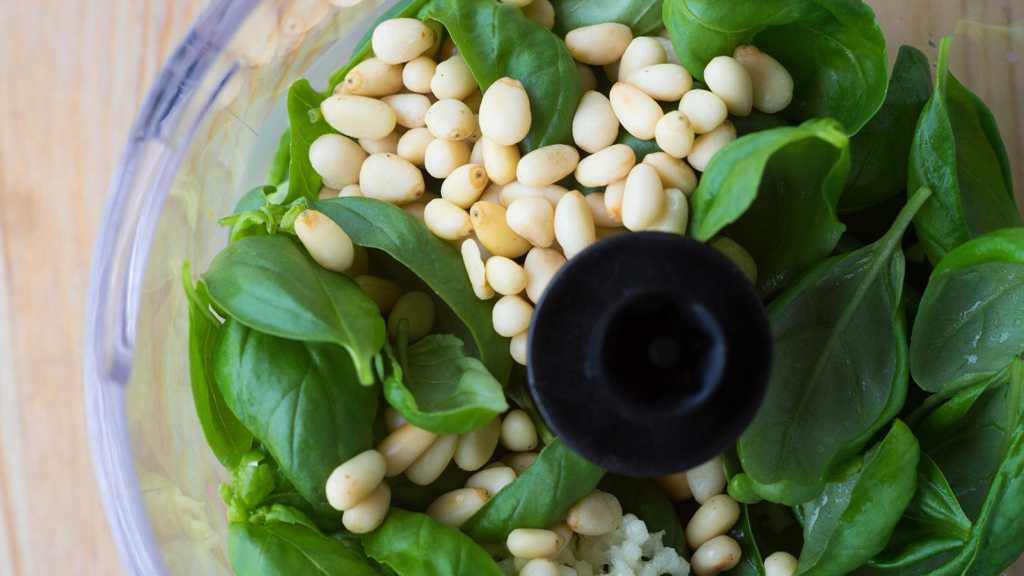 What is a food processor used for?

A food processor may come with a range of attachments including a chopper blade, a grater, a juicer and an emulsifying disc (a wavy, doughnut-shaped piece of plastic, which can be used for making mayonnaise and whipping cream).

You may want to buy a food processor if:

– You want to make food from scratch. There’s a big jump in terms of how enjoyable cooking is when you go from relying on pre-made dips and bottled dressings to making your own. One is essentially just heating, the other is real cooking, where you can make things taste exactly the way you want them. Being able to whip up your own sauce elevates a dish and is a great way to impress your guests.

– A food processor is also a big time-saver if you regularly cook for a lot of people. Rather than spending ages chopping veg for a huge salad, you can have it done in seconds.

How does it differ from a blender?

There are some jobs that both a blender and a food processor can do but broadly speaking, a blender is used to mix liquids or foods with a high liquid content.

A hand or stick blender is not very effective at chopping solid food. It should be totally immersed in liquid before it’s switched on, or it’ll get extremely messy.

A jug blender really needs liquid to function properly. It usually has a cone-shaped base with rotating blades at the bottom. When it’s switched on, a vortex is created, and larger pieces of food such as fruit are dragged down into the blades and chopped up. It just won’t work as efficiently on solid foods like nuts, unless you’re adding them to a liquid – for example, as a smoothie ingredient.

If you buy a more expensive blender, it may have a food processor attachment but most blenders will only blend liquids well.

A good food processor will start at around the £80 mark and go up to about £250. The higher priced processors will be more powerful, have a larger capacity and more attachments. If you buy one with a jug blender attachment, you won’t need a separate blender for smoothies and soups.

We think that a good option is the Bosch Compact MCM3501 2.3 litre food processor.  It’s available to buy from AO.com for £95, which is good value for what you get. It’s a mighty 800 watt appliance with two speed settings and a pulse function. It comes with 11 accessories, including a dough tool, a whisking disc, a beating disc and, crucially, a jug attachment. It’s pretty much a one-stop shop for all of your food prep requirements.

What are the alternatives to a food processor?

Food processors have some disadvantages, particularly if you’re not going to use them very often, or only use them for small volumes.

Typically, they are quite bulky and expensive and come with a large number of attachments for which you’ll need to find a home. So, if storage or counter space is an issue, but you’d like the benefits of a food processor, you can buy a mini chopper instead.

One of the best options is the KitchenAid 5KFC3516 Classic Mini Food Processor. It’s available from Amazon in the UK for £69. 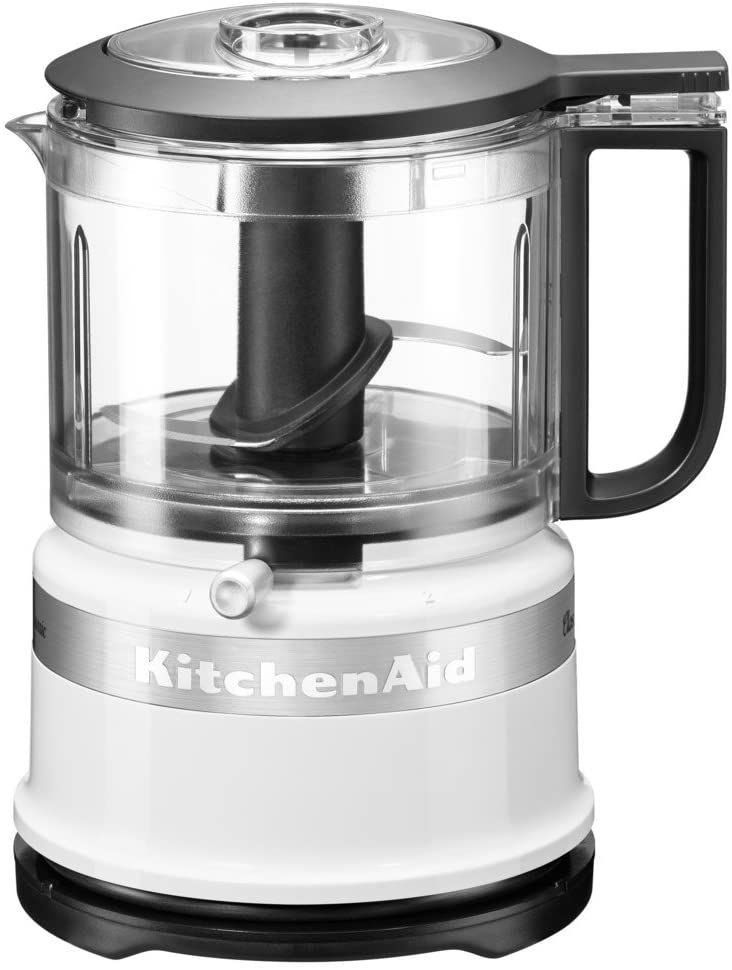 It’s a 240 watt appliance with an 830ml capacity. Bear in mind that when you’re talking about any kind of food processor and blender, you’re not going to be able to use the full capacity to get the best results.

It’s a smaller, stripped-down version of a food processor, with two speeds and a pulse function (which is handy to protect the motor when you’re grinding resistant food like nuts). The functionality will be somewhat limited by the fact that it doesn’t have a host of attachments but you can mince, chop and puree with it.

It’s 200 watt, with a 500ml capacity. It has one button, one speed and its parts are dishwasher-safe. If you just want something to whizz up a sauce or chop veg for a salad, this could well be all you need.

If you’d like something more versatile, you could opt for the Russell Hobbs Desire 3-in-1 blender, which we’ve reviewed and liked a lot. It’s a stick blender with a mini-chopper attachment (it also comes with a whisk and smoothie cup). You can buy it from Russell Hobbs for £39.99.

If you think a blender, not a food processor, will better fill that empty spot in your kitchen, have a look at our article on which type of blender to buy.