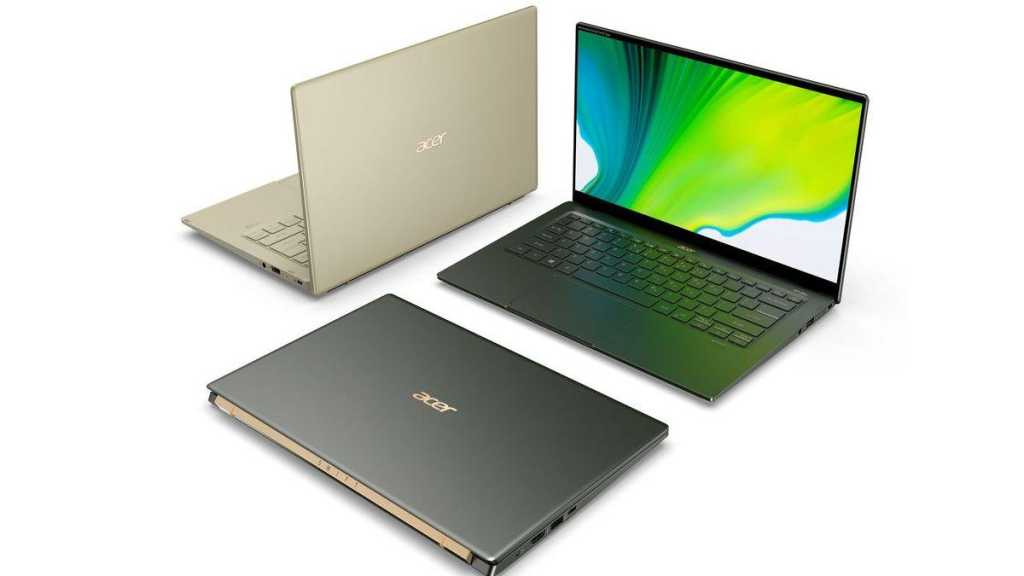 At its ‘ Next@Acer‘ conference in Taipei on 23 June, Acer announced plenty of additions to its ever-expanding hardware portfolio.

Among them was a refresh for the Swift 5, the company’s ultra-lightweight clamshell laptop. At 997g, it’s a slight increase over last year’s model, although remains one of the most portable devices in this form factor.

Although Acer is yet to confirm which Intel processors will power the Swift 5, it’s looking like it might be the first ultra-light laptop to sport a Tiger Lake chipset.

Intel announced the new processor in 2019, but so far this has been limited to more heavy-duty devices. Officially, the Swift 5 comes with ‘next-gen Intel Core processors with powerful integrated graphics based on Intel’s new Xe architecture’, which opens the door for it to adopt Tiger Lake.

Combined with Nvidia GeForce graphics and up to 16GB of RAM, this should help Acer to take performance to the next level.

In my short time with the device, it was able to handle multi-tasking and some more complex processes without any issue. I’d have confidence in it coping with my daily workflow without a problem.

Another area I was impressed with is the 14in touchscreen panel. Despite only having a Full HD (1920×1080) resolution, colours were extremely accurate with a good level of detail. 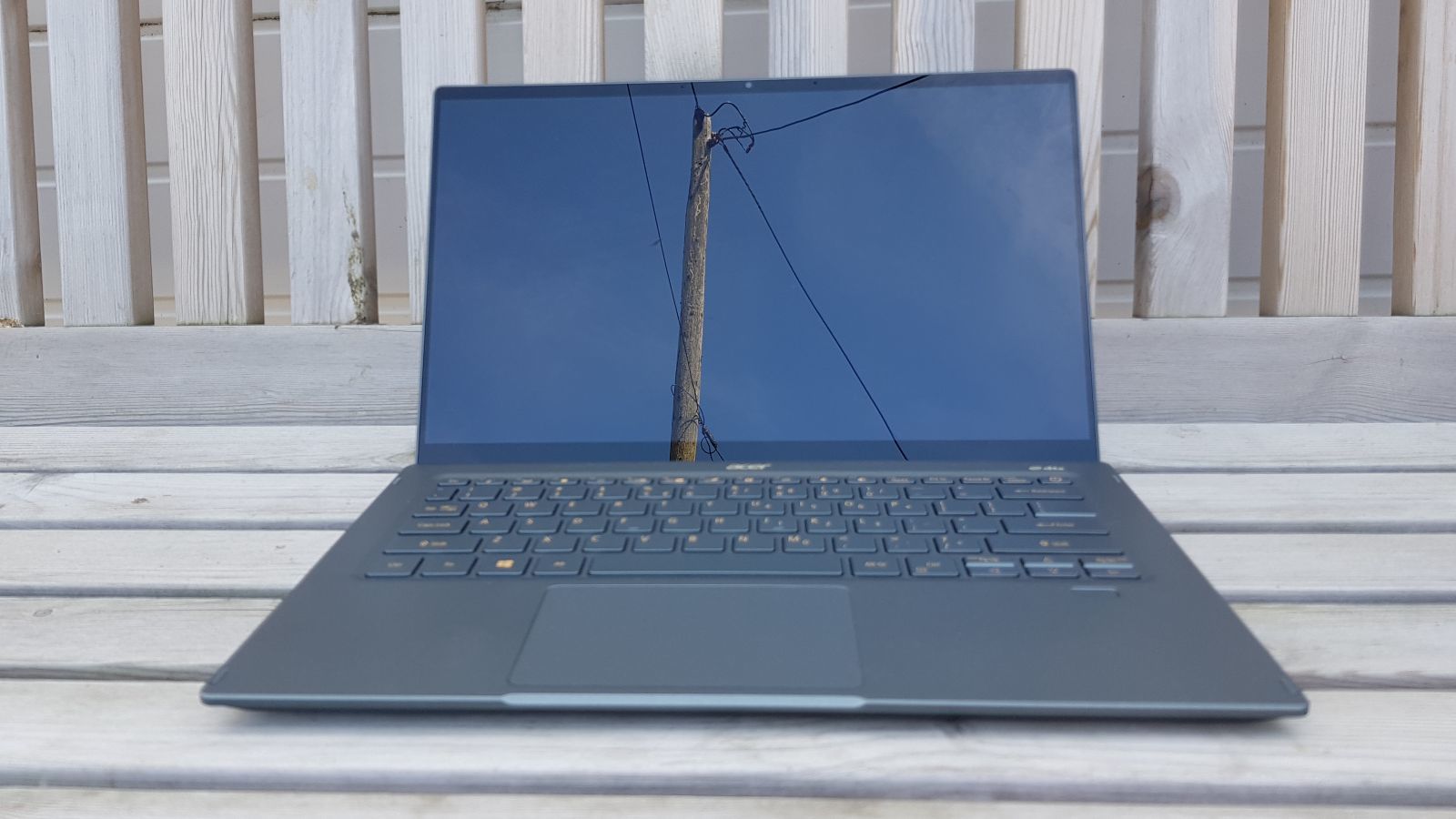 It’s able to reach a solid maximum brightness of 300 nits, although this wasn’t quite enough to ensure good outdoor visibility.

Another area crucial to portable laptops is battery life. While I didn’t have enough time to test this fully, the 40Wh and 56Wh options should ensure you get through a full day’s usage. It’s worth noting that the latter pushes the weight slightly over 1kg, although it’s still among the lightest laptops around.

The more affordable Spin 311 starts at just £269.99, and aims to offer a great everyday option for those who primarily use web browsing and word processing to remain productive.

Powered by a MediaTek MT8183 processor, it comes with just 4GB of RAM and 32GB of storage. It’s good news, then, that the latter can be expanded via the microSD card slot.

Acer is touting up to 16 hours of battery life on the Spin 311, while the adjustable hinge offers 360 degrees of flexibility.

However, despite being targeted to business users, the larger Spin 713 is arguably a more exciting device. 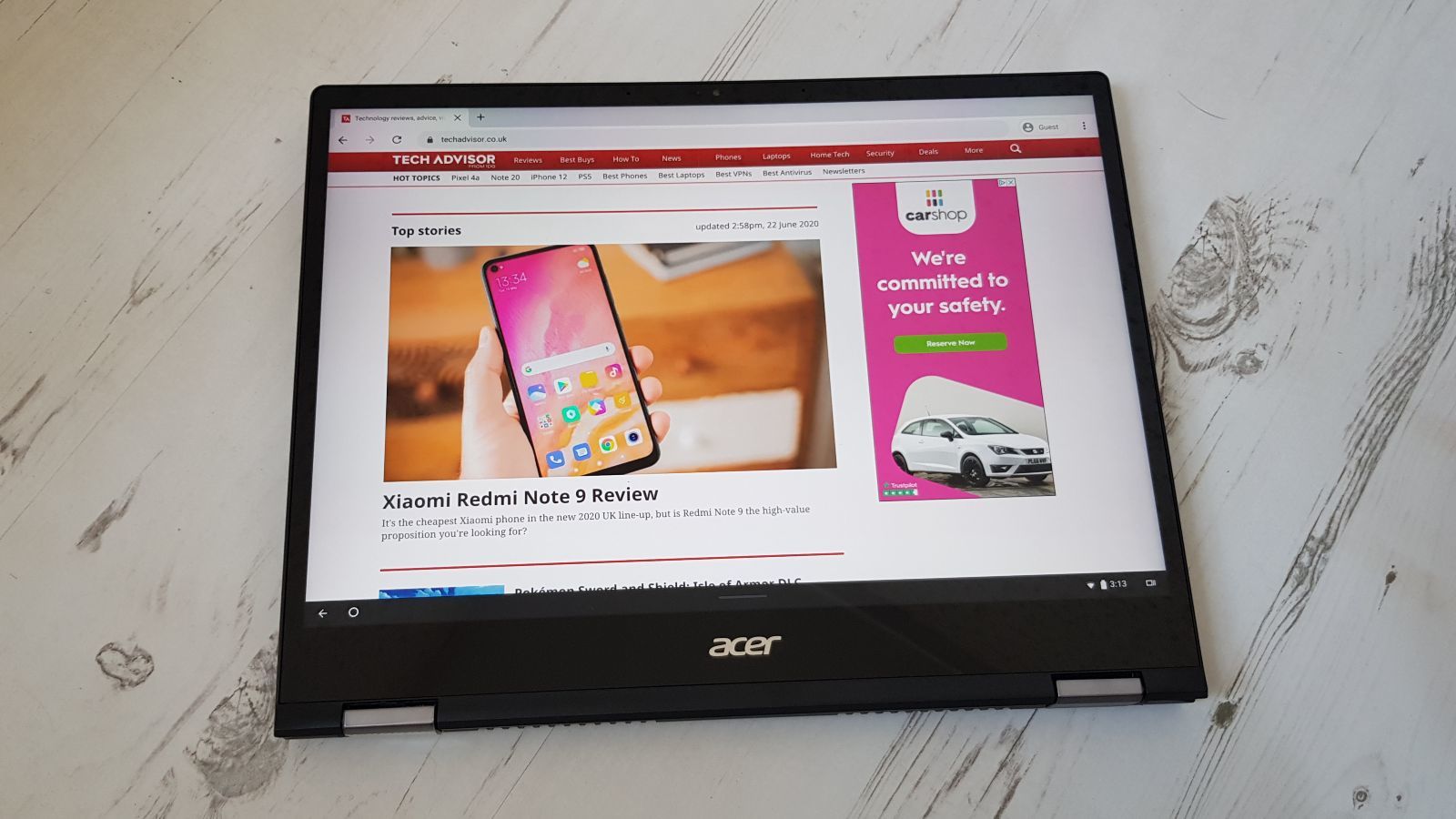 It comes sporting an unusual 4:3 aspect ratio, making it much more squared-off than the 16:9 we’ve become accustomed to on laptops. The usual range of 10th-gen Intel processors are here, but you’ll probably want to upgrade from the baseline i3-10110U (£599.99) for something more powerful.

Again, I wasn’t able to fully test the Spin 713 in the short time I had with it, but it looks like an accomplished device on first impressions. The wide range of ports and 360 degree hinge makes it well-adapted for presentations, while 10 hours of battery life and fast charging still makes it a rare breed among convertibles.

The Acer Swift 3 is expected to be available in July, before both models of the Chromebook Spin arrive in September.

While consumer laptops are Acer’s primary focus, the company also makes gaming hardware under the ‘Predator’ moniker. Here’s everything you need to know.