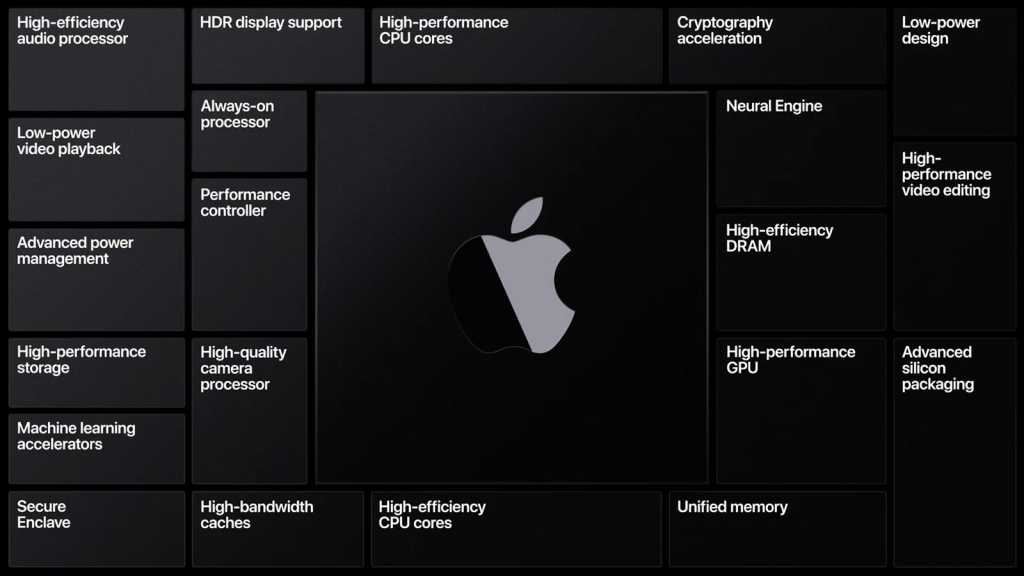 Apple has confirmed that going forwards it will begin manufacturing Macs powered by its own silicon chips, moving away from Intel’s processors.

The widely expected move makes sense when you consider that the company already manufactures the chips that power its iPhones, iPads, Apple Watches, and more, so has experience designing and producing silicon.

“Integrating hardware and software is fundamental to everything we do,” said Apple CEO Tim Cook, explaining the move. “[And] silicon is at the heart of our hardware.”

During the company’s WWDC keynote Apple emphasised the power efficiency of the new processors, promising chipsets that would “lead the industry in features and performance per watt.”

“We will maximise performance and battery life better than ever before,” said Johny Srouji, Apple’s senior vice president of hardware technologies, promising a “whole new level of performance.”

Whether that turns out to be true remains to be seen. Qualcomm made similar promises about its ARM-based Snapdragon chips for Windows laptops, but despite strong battery life the processors still lag behind Intel’s when it comes to pure performance.

Apple’s new chipsets will be based on the same ARM architecture as Apple’s iPhone and iPad internals. That means software has to be adapted to run on the new hardware, but Apple emphasised that not only are all of the company’s own apps already running natively on the new chips, but so is the Microsoft Office suite and Adobe apps including Lightroom and Photoshop.

For developers who don’t want to redesign their apps for ARM, the company said its Rosetta 2 software should translate apps into ARM-compatible versions on the fly. Apple showed this off with the 3D modelling software Maya and the 2018 game Shadow of the Tomb Raider, with performance that at least looked smooth.

There’s a bigger advantage to running similar hardware to iPhones: iOS and iPadOS apps will be able to run natively on the new silicon. They’ll be available in the Mac app store, and the company said that “most” apps should work natively on Mac with no extra work needed.

Cook said we’ll see the first Macs running the new silicon by the end of this year, but didn’t confirm which models will make the switch to Apple’s own chips first. Srouji did say the company is working on a “family of SoCs” for “the whole product line,” so it sounds like the plan is for every Mac to eventually leave Intel behind.