Until 2015, Microsoft released a brand new version of its operating system every few years. However, that all changed with the launch of Windows 10, which the company declared would be “the last version of Windows”.

That sounds dramatic, but in reality, the plan was for Windows 10 to be updated gradually over time, similarly to the way new features are added to its Office 365 subscription service (now Microsoft 365).

In addition to monthly security patches, for the last five years, Microsoft has released major ‘feature’ updates twice a year. These are usually rolled out each May and November, although the most recent update has arrived slightly earlier.

Indeed, the ‘October 2020’ 20H2 update is officially out now, with most devices now able to download it.

but as is often the case not everyone will be able to download it straight away. Here’s all you need to know.

The 20H2 update is officially out now, having been released on 20 October 2020. A few months later, almost all eligible devices should now be able to download the update. Only very old hardware will not be compatible with the latest version.

Bugs are inevitable during and following software updates, but Microsoft’s February 2021 patch sought to fix many of these. As Windows Latest reports, these include glitches in the Alt + Tab experience and situations where the device would stop responding in full screen games and tablet mode. The patch is also available for devices running the May 2020 update, although they’ll also be included in Microsoft’s monthly ‘Patch Tuesday’ update.

How to get the Windows 10 October update

Once your device is eligible for the update, Windows 10 makes it relatively simple to upgrade:

If you don’t see the update, you may need to install the May 2020 update (version 2004) for it to show. If that still doesn’t work, you can download Microsoft’s update assistant, which will bypass the usual checks and allow you to install it. However, this may leave your PC vulnerable to threats, so we wouldn’t recommend trying it on your main device.

Almost all Windows 10 devices that were eligible for the May 2020 update got the 20H2 update too, although it did take quite a few weeks for Microsoft to throttle up availability.

This is likely to be the same again for the 21H1 update, with only very old hardware prevented from updating.

In a video officially introducing the update, Microsoft gave a useful summary of the main new features:

Some of the most noticeable changes involve the Start Menu, and were first teased in April 2020:

Created by the @Windows design team, this animated clip illustrates a sliver of the #UX evolution and modernization of the Windows experience. Let us know what you think in the comments below! pic.twitter.com/s4SVXncLEo

As you can see from the clip above, this includes a move to more icon-based navigation (as opposed to text) and the so-called ‘Theme-aware Start tiles’, which adjust depending on whether you have a light or dark theme set.

Microsoft revealed more about the redesign in a blog post in July 2020.

Here’s a summary of some other notable changes:

Early testers of the new software also noticed a subtle change to Control Panel. As Windows Latest reported, the popular ‘System’ area has been removed and replaced with a similar overview from within the Settings app. It’s the latest in Microsoft’s slow phasing out of the Control Panel, which began with the release of the separate Settings app alongside Windows 8 in 2012. However, a simple trick means you can still gain access.

With under the hood improvements prioritised, one such area that looks to be getting some attention is storage settings. Again according to Windows Latest, the next update will add user cleanup recommendations, to help you easily clear unused files.

This is expected to work in a similar way to what we’ve seen on smartphones, recommending large, rarely used or backed up files to be deleted from your hard drive.

In an official blog post, Microsoft also said it would prevent the deletion of items in the downloads folder if it’s already saved to a cloud storage provider. Windows 10’s File Explorer can sync directly to the likes of OneDrive and Google Drive, but it means accidental deletions usually apply across all your devices.

There’s also now the option to specify the device’s refresh rate, as was first unearthed in a Reddit post.

With many PCs and laptops supporting displays up to 240Hz, the ability to modify this according to what you’re doing could be an effective way to balance performance and battery life.

Bugs are inevitable during and following software updates, but Microsoft’s February 2021 patch sought to fix many of these. As Windows Latest reports, these include glitches in the Alt + Tab experience and situations where the device would stop responding in full screen games and tablet mode. The patch is also available for devices running the May 2020 update, although they’ll also be included in Microsoft’s monthly ‘Patch Tuesday’ update.

Of course, the priority for Microsoft is to ensure the October 2020 update is as stable as it possibly can be. The May update was plagued with issues following launch, leading the likes of Tom’s Guide to label it ‘a disaster’.

It’s been a promising so far, with just four known issues needing to be fixed at the time of writing.

While the October update is relatively modest by way of new features, big changes are set to arrive in 2021.

This includes a potential redesign of the user interface, which would include the File Explorer, Start Menu taskbar and Action Center all getting a facelift. This would make it more in keeping with the ‘Fluent Design’ style set to come to Windows 10X. Read more about the upcoming update here.

Windows Latest has also reported on a number of smaller features that we’re expecting to see come to Windows 10 in 2021. These include modernised volume controls, a smaller search bar and redesigned action centre. The latter looks set to offer significant improvements to users’ ability to manage notifications and access quick settings.

As Windows Latest reports, two new features are set to become available to members of the Windows Insider Program soon. ‘Desktop Spotlight’ will allow you to set the daily image from the Bing homepage as your desktop background, changing every day in accordance with the website. This will be easily accessible from the Settings menu.

If you haven’t been on Bing recently, these are the sorts of stunning images you can expect: 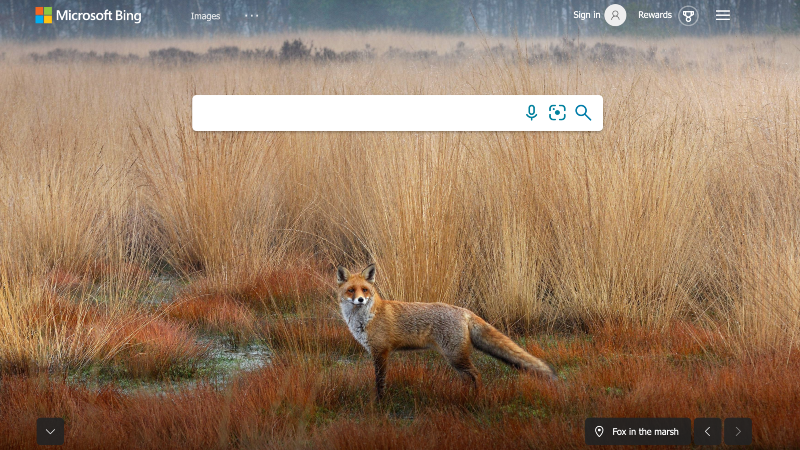 The other new feature is a theme-aware splash screen. This will mean a selection of popular apps will open with a theme that matches the system theme you’ve chosen (light or dark).

The October update is among those affected by a recent Windows 10 boot problem, although Microsoft has issued a fix.

We’re already looking ahead to what 2021 could bring for Windows 10. The 21H1 update is expected to be a minor one, but the 21H2 ‘Sun Valley’ update looks set to bring wholesale changes.