Apple has updated the iPad Air for 2020, giving it a pretty comprehensive redesign that introduces a whole new chipset, a bigger display, and a Touch ID sensor built right into the power button.

It’s arguably the biggest update to an iPad’s design since the iPad Pro first ditched the Home button, and matched by performance enhancements – and, less excitingly, a price bump.

Apple announced the iPad Air on 15 September, but while other new launches – including the new 10.2in iPad – were available to order immediately, there was a longer wait for the Air.

Without the usual fanfare, Apple opened pre-orders for the iPad Air alongside the iPhone 12 on 16 October, and is available to order right now.

Take a look at our selection of the best iPads available right now.

Both versions will also be available with 256GB storage.

By comparison, the new entry-level 10.2in iPad starts from £329/$329, while the 11in iPad Pro starts from £769/$799. The Air still sits in the middle of the iPad range then, but it’s now more obvious that you’ll save money by sticking to the standard iPad.

What about the new iPad Air’s design?

Design is arguably where the iPad Air has had its biggest overhaul.

Following in the footsteps of the iPad Pro models, it’s dropped the Home button to allow for slimmer bezels around the screen – allowing Apple to increase the screen from 10.5in to 10.9in, without making the overall body any bigger.

That screen is Liquid Retina, with a resolution of 2360×1640 and more than 3.8 million pixels in total. It’s fully-laminated, with True Tone support, P3 wide colour gamut coverage, and an anti-reflective coating. 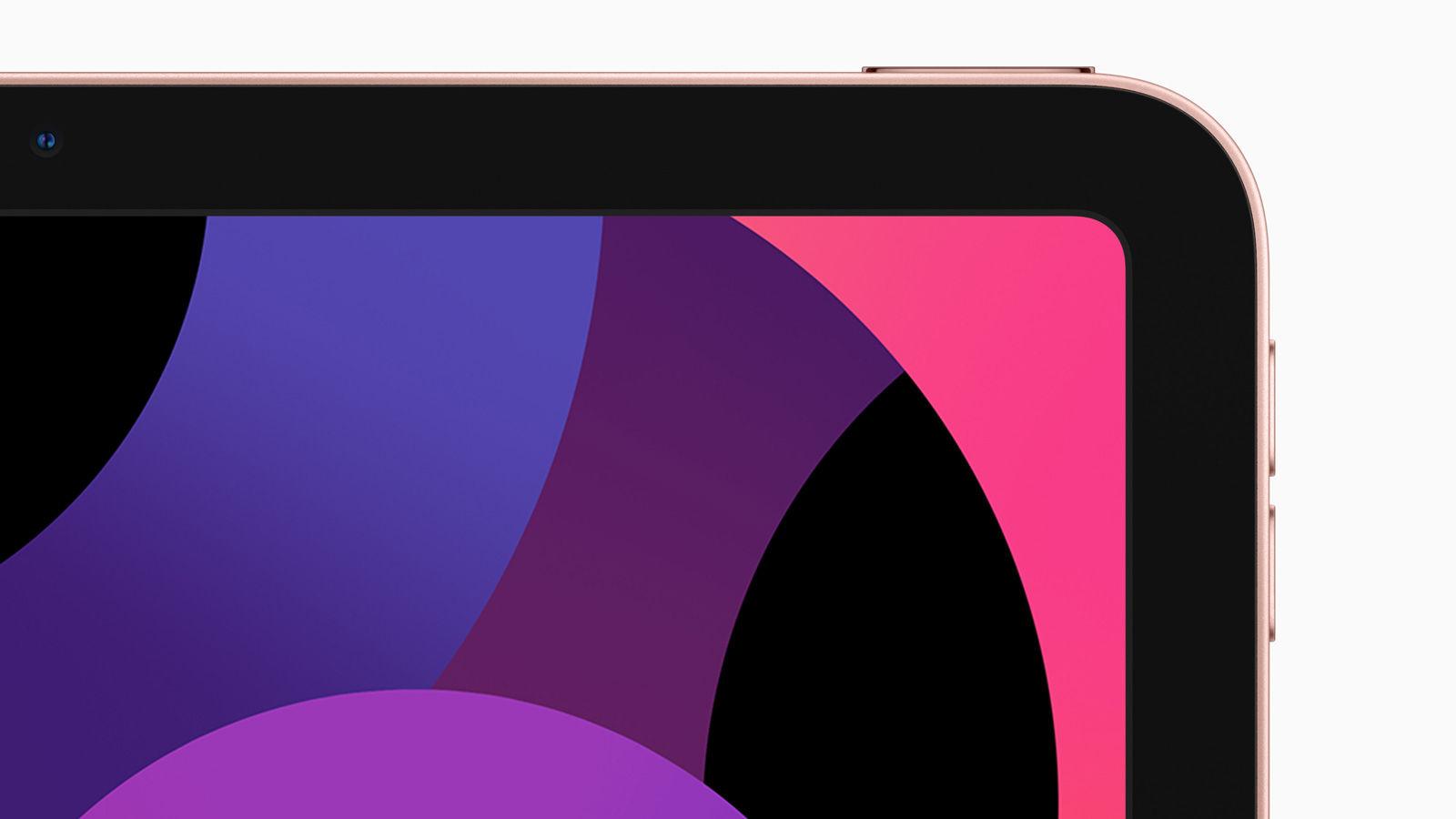 Unlike the Pro models however, it still supports Touch ID. It’s not built into the display, as some leaks predicted, but is instead found inside the Air’s power button. That’s also popular on some Android phones and tablets, and allows you to scan your fingerprint to unlock the device as you turn it on or wake it up – just like you used to with the Home button.

Audio has gotten a boost too, with stereo speakers now included for when you’re using the device in landscape mode to play games, watch movies, or listen to music.

Then there’s the Lightning port. Or rather, the lack thereof, because the iPad Air has followed in the Pros’ footsteps in this respect too, jumping ship to USB-C for improved compatibility with other devices, and 10x faster data transfer rates.

Just as exciting is what you’ll find on the back of the Air: a coloured finish. While the usual Silver and Space Grey options are available, this time around you can also pick an Air up in Sky Blue, Green, or a new Rose Gold.

What about the features and spec?

The big spec bump is inside the Air: the new A14 Bionic chipset, introduced here rather than on the upcoming new iPhones. That means the Air might now even outperform the latest iPad Pro models, which use the A12Z. 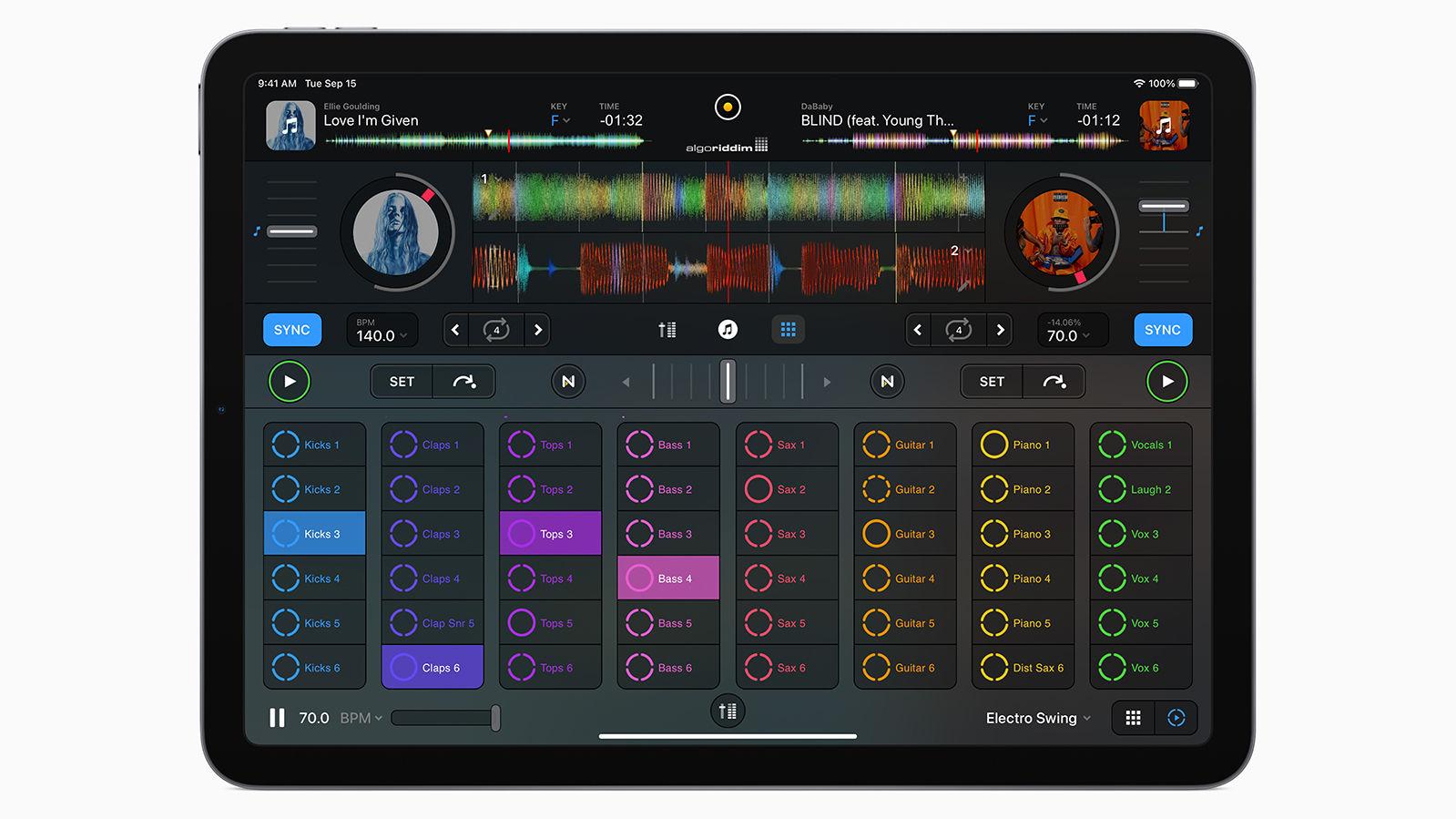 Apple boasts that the A14 Bionic delivers 40% faster CPU performance and 30% faster GPU output than the A12 on the previous iPad Air, thanks to a 6-core CPU and 4-core GPU design. It should also be twice as fast at machine learning computation, which is increasingly important for both power users and the rest of us.

Cameras have had a spec bump too. Most important is arguably the front-facing lens, which is a 7Mp, f/2.2 shooter that can record video at 1080p and 60fps, and supposedly has better lowlight performance too.

If you’re one of the people who actually uses the iPad’s rear camera, it’s borrowed a lens from the 11in iPad Pro, with a 12Mp f/1.8 camera than can record 4K video at 60fps and deliver 240fps slo-mo too. 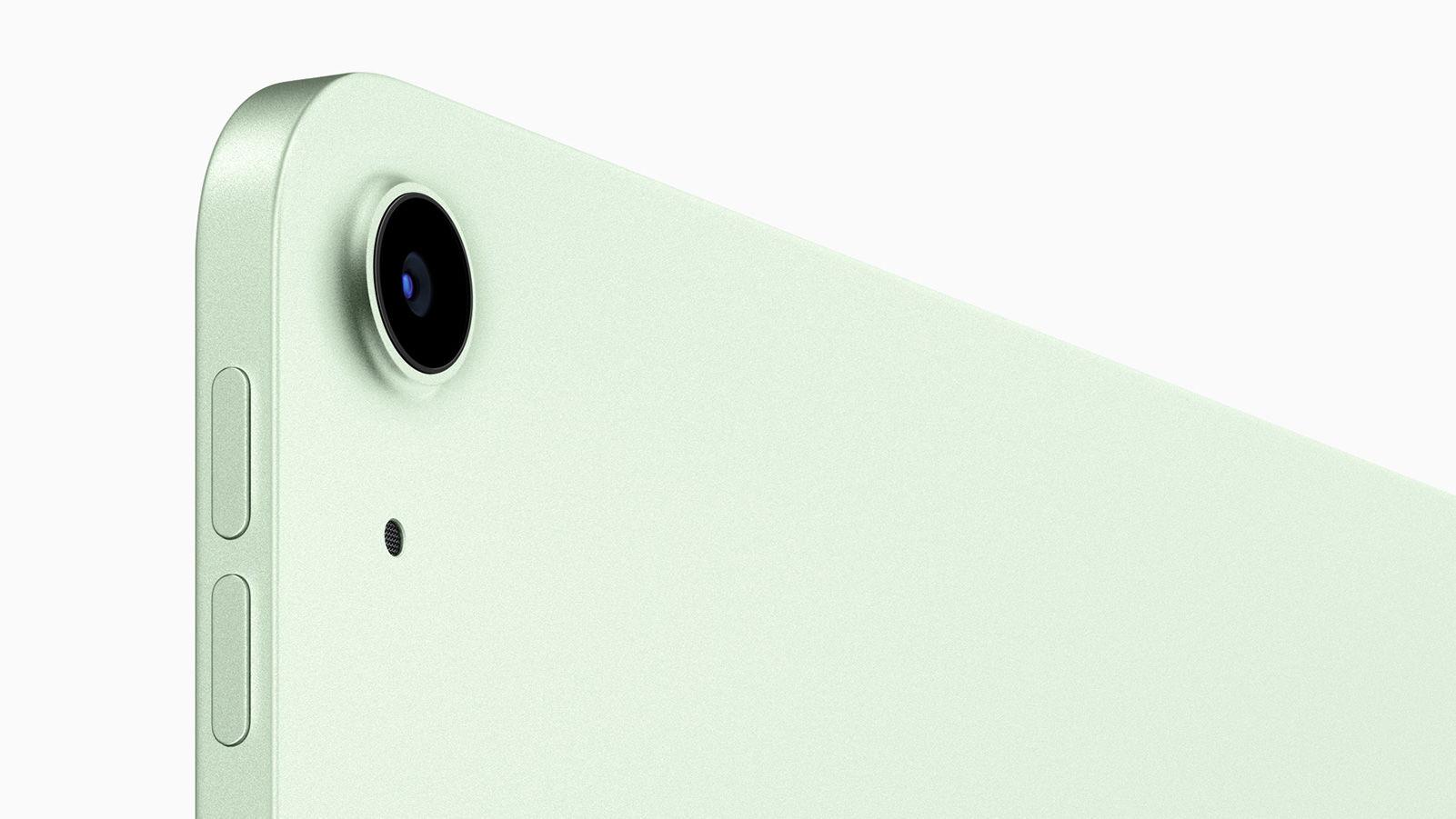 Battery life is supposedly 10 hours – pretty standard for an iPad – and WiFi 6 comes as standard. If you opt for a cellular model you’ll also get 60% faster LTE connections supposedly.

Finally, it’s compatible with the Magic Keyboard  and 2nd-gen Apple Pencil (which can attach magnetically for pairing and charging), and comes with a range of Smart Folio cases to boot.

Naturally it will ship with the new iPadOS 14 software, which itself is available from 16 September. For more, take a look at our full iPad Air (2020) review.