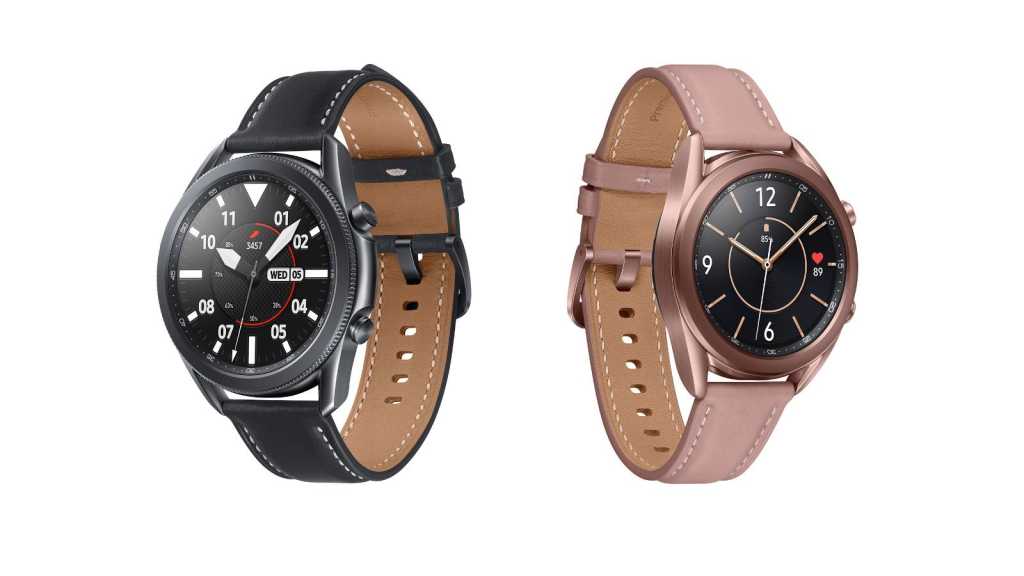 Samsung took to the virtual stage in early August to reveal not only the Samsung Galaxy Note 20 series, but also the Galaxy Bud Live and the second-generation Galaxy Watch 3. Yes, that is a second-gen product with third-gen branding, but we’ll get to that. Branding aside, the Galaxy Watch 3 offers big improvements on its predecessor, not only in terms of overall design but new features and functionality too.

What happened to the Galaxy Watch 2?

Let’s address this first: though not mentioned at the announcement, the theory is that, with the Galaxy Watch Active 2 already on the market, Samsung chose to jump straight to ‘3’ for its next mainline wearable (if only it could have done the same with the Samsung Galaxy S10 Lite too).

When will the Samsung Galaxy Watch 3 be released?

The Samsung Galaxy Watch 3 was released in the US following the announcement on 5 August, while those in the UK had to wait until 21 August 2020 to get their hands on the smartwatch.

How much does the Samsung Galaxy Watch 3 cost?

At £399/$399, the Samsung Galaxy Watch 3 goes up against arguably the most popular smartwatch series available right now, the Apple Watch Series 5. It’s much more expensive than Huawei’s £179 Watch GT 2, and it’s a marked increase on the price of the original Galaxy Watch at £279 and £299 respectively.

You can buy the Galaxy Watch 3 via the Samsung site along with Currys PC World,  EE and other retailers ahead of UK, and Samsung in the US. To see how it compares to the competition, take a look at our selection of the best smartwatches. 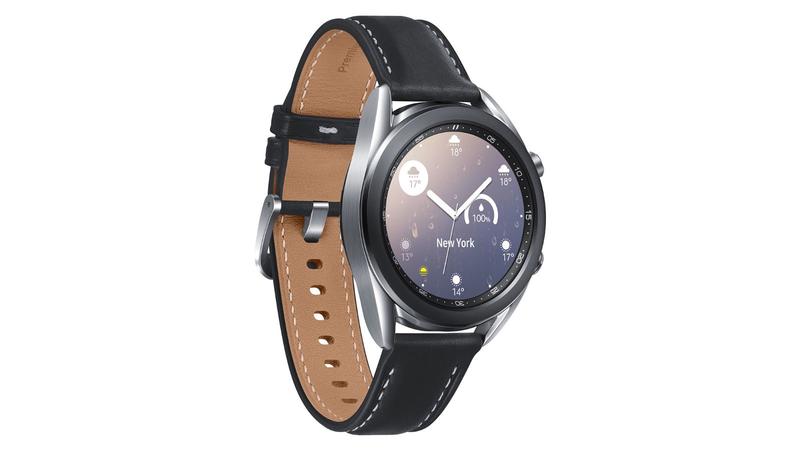 Like most smartwatches in 2020, the Galaxy Watch 3 is set to be available in two sizes – 41mm and 45mm – with increased 1.2in and 1.4in AMOLED displays respectively, both protected by the latest Corning Gorilla Glass XD.

In terms of the overall design, there’s not a lot of change compared to the first-gen Galaxy Watch from 2018, sporting the same premium design complete with rotating bezel and digital crown, although it’s certainly thinner and lighter than the original.

It has to be said that the rotating bezel looks a lot cleaner this time, free of the traditional watch bezel markings found on the first-gen smartwatch, and Samsung says it’s thinner than previous iterations, allowing for the larger displays without an increase to overall dimensions. It’s also available in new colours, including Mystic Black, Mystic Silver and Mystic Bronze.

However, Samsung wants the Galaxy Watch 3 to be more than just a premium smart timepiece, offering IP68 water and dust resistance alongside 5ATM waterproofing to tempt the fitness-focused, and it didn’t stop there either. 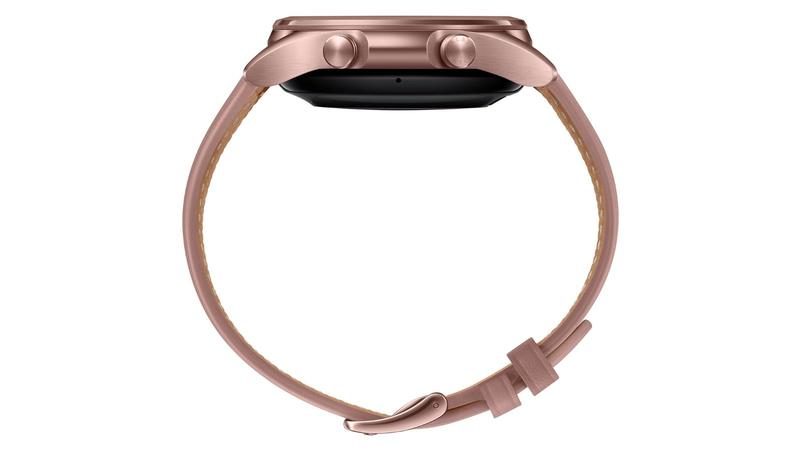 In a move motivated by the desire to directly take on sports-focused wearables, the Watch 3 also supports heart-rate, ECG, blood pressure and blood oxygen tracking – the latter two of which not even the Apple Watch 5 offers – but availability of the features will vary from country-to-country.

There’s also improvements to the fitness tracking software built into the watch, offering running form analysis for the first time, and there’s an enhanced sleep tracking mode on offer too.

As part of Tizen OS 5.5, the Galaxy Watch 3 also offers fall detection and the ability to automatically message your emergency contacts if you remain unresponsive – sound familiar?

There’s also a cool feature built into the Watch companion app on Android that lets you take a photo – of your clothes, for example – and generate a watchface to match. The app generates watchfaces based on colour and patterns, and it’ll automatically apply it to your watch too. If that’s not of interest, Samsung claims there are over 80,000 existing watchfaces to choose from.

In terms of battery, the 41mm model is cited as running on a 247mAh cell, while the larger 45mm body accommodates a larger 340mAh battery to match. These also happen to be the same capacities as the current Galaxy Active Watch 2 to help give you an idea of expected battery life.

To round out the specs, you’ll find 1GB of RAM and 8GB of local storage across both casing sizes, and as mentioned earlier, you can grab either variant with cellular connectivity too.