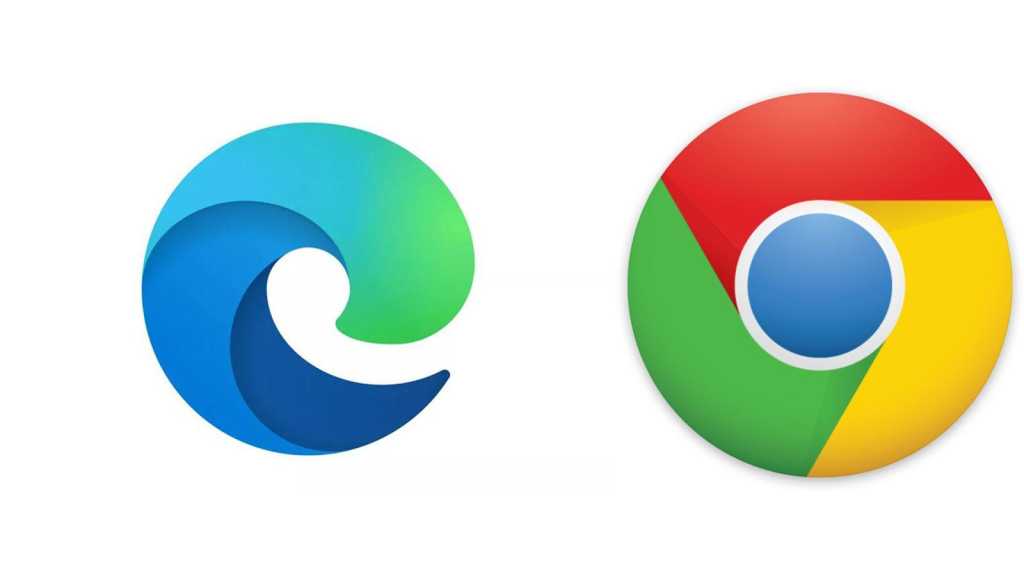 Google Chrome is the undisputed market leader when it comes to web browsers, with an estimated 63% of all users turning to it to go online.

One of its big draws has always been speed, with a stripped-back design and advanced javascript engine meaning it regularly loads pages quicker than rivals.

Another factor is its deep integration with a Google account, the preferred way for millions to use email (Gmail), access maps (Google Maps) and watch videos (YouTube). Signing in on a new device will also bring bookmarks and shared history from all your other devices.

Chrome has built what looks like an unassailable lead among web browsers, but Microsoft Edge is attempting to bridge that gap.

Its latest major version was available in January, but it will now come bundled with all future Windows 10 updates.

Any device running Windows 10 software from April 2018 onwards is thought to be compatible with the latest version of Edge, meaning far more users are now exposed to Edge than in the past.

Ironically, Edge now uses Chromium, the open-source software that has formed the backbone of Chrome since it launched.

In an official blog post, Microsoft draws attention to features which may tempt you to make the switch to Edge. Smart copy allows you to select specific elements of a web page and quickly paste it to another location, while a dedicated reading mode and the ability to create collections are both yet to be offered in Chrome.

All of this is synced via a Microsoft account, which brings the like of Outlook, Teams and Office apps under one roof. It’s a compelling alternative to Google’s lineup, albeit not quite as comprehensive.

Of course, if everyone was using Windows 10 in S mode they would be unable to download Chrome, but that will probably never have mainstream appeal. Further restrictions against Chrome on Home or Pro versions of Windows 10 seem unlikely, and Microsoft wants Edge to stand out in its own right rather than being the only credible option.

Edge did little to stand out when it first launched alongside Windows 10 in 2015, but there are now genuine reasons why you might want to choose it over the competition.

The rapid rise of Google Chrome since it was launched in 2008 will surely give Microsoft hope that Edge can reach similarly lofty heights.