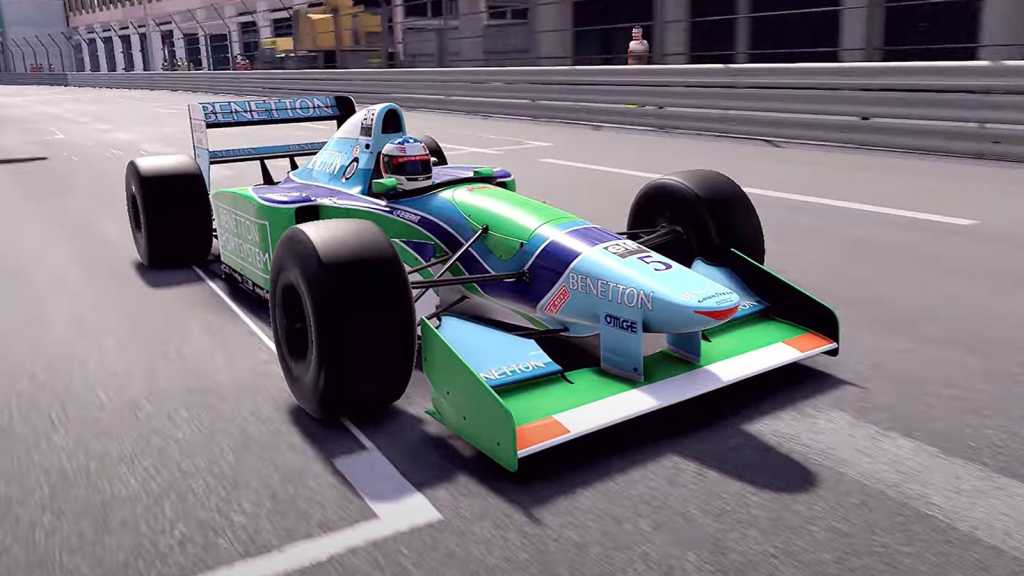 A new trailer for the upcoming F1 2020 game shows five new playable classic cars driven by Michael Schumacher that will be included in the Schumacher Deluxe Edition of the game.

Schumacher’s debut 1991 Jordan 191 along with his championship winning 1994 and 1995 Benettons will be playable, as will the classic F1-2000 Ferrari that he won his third championship in.

But if you want to play with the F1-2004, Schumacher’s last Ferrari drive and the car he won his unbeaten seventh world title in, you’ll need to buy the F1 2020 Seventy edition, named so as the sport is celebrating its seventieth year.

“As part of the 70th anniversary of F1, it’s fitting to celebrate the most successful world champion of all time,” said Lee Mather, F1 franchise game director at Codemasters.

“We are equally excited to finally bring the Jordan 191 and Benetton B194 to the F1 series as both have been long-requested by our community, alongside two more of his iconic cars.”

Interestingly, the two Ferraris in the game do not bear the Marlboro cigarette branding of the real cars. Branded tobacco advertising, a big revenue generator in F1 for years, was banned in 2006.

F1 2020 comes out for PC, Xbox One and PS4 on 10 July and will be a welcome shot in the arm for fans of the sport given the season has not yet started thanks to the coronavirus pandemic. The season opener in Melbourne was meant to get the season underway back in March.

The actual Formula 1 season is set to start on the weekend of 3-5 July in Hungary as the sport tries to create an adapted race calendar.