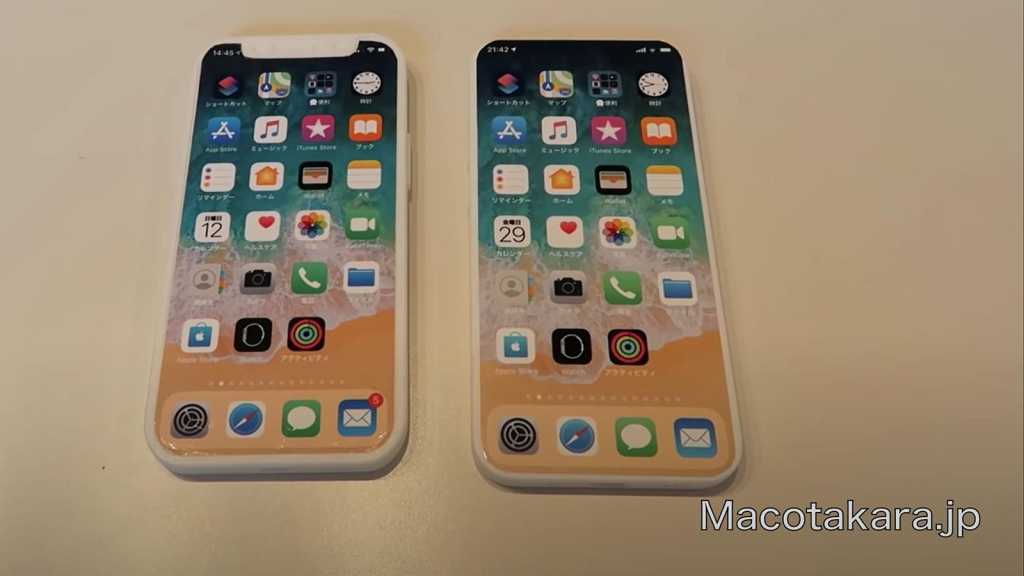 The iPhone 12 range is still under wraps until later this year but that hasn’t stopped rumours and leaks circulating about 2021’s iPhone 13. A new video shared on Macotakara shows what is claimed to be an early prototype of the body of a 5.5in iPhone 13 model without a notch and with a USB-C port.

It appears to be a 3D printed model, said to be sourced from data from Alibaba. As with all iPhone rumours and particularly ones this far out, take this with more than a pinch of salt.

As with all smartphone companies Apple produces tons of prototypes and designs for its upcoming devices so even when leaks like this happen, they might be genuinely from inside Apple but might not accurately reflect the direction the company has taken for the final product.

Macotakara said the 5.5in phone is the same dimensions as the rumoured 5.4in regular iPhone 12, suggesting the removal of the notch would also see a slight increase in screen size. The video even shows these two prototypes next to each other for comparison, as well as the difference in camera modules though the iPhone 13’s is undeveloped.

No notch would mean Apple is developing an under-screen front facing camera and, potentially, Face ID tech. This appears to be where the high-end smartphone industry is going after three years of notches, pop-ups and cut-out cameras that allow for edge to edge screens.

The inclusion of USB-C, shown in the video, would be a big change from Lightning. Apple has shifted to USB-C on its iPad Pro line up, but rumours suggest that won’t happen with any iPhones in the iPhone 12 range. Could 2021 be the year Apple finally takes the plunge?