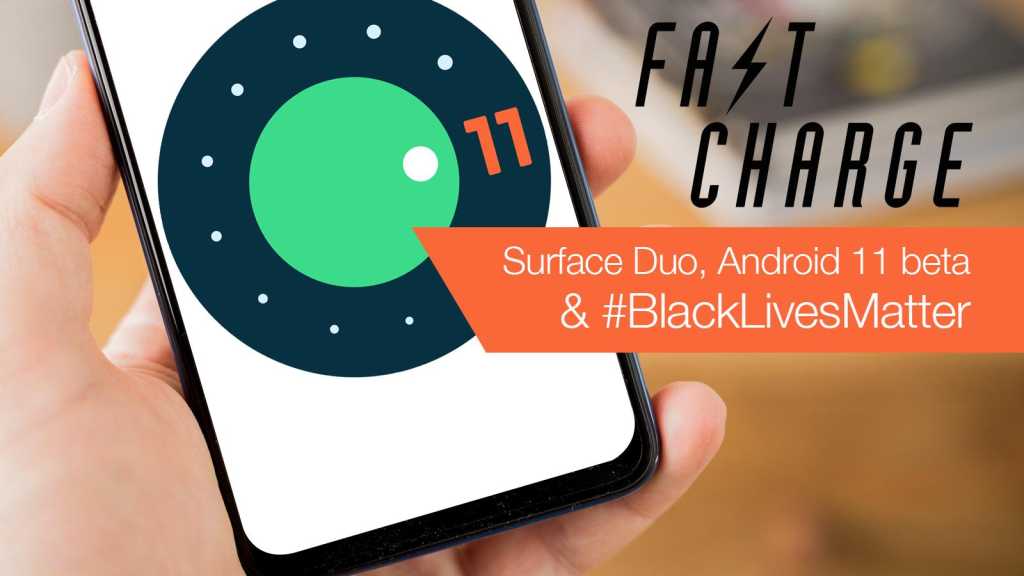 This week on Fast Charge, Dom Preston, Anyron Copeman and Chris Martin talk about the biggest phone news this week: the latest Microsoft Surface Duo leaks, the delayed Android 11 beta, and the role of social media in the Black Lives Matter protests around the world.

The Surface Duo is Microsoft’s long-awaited dual-screen folding Android phone, and we finally know how Microsoft’s own software – its killer apps – will handle the unique form factor. Meanwhile the Android 11 beta launch was postponed indefinitely, but leaks have still revealed what we should expect, and we also cover the cause of that delay: the protests following the police killing of George Floyd, with a particular focus on the role that social media – and Trump – have played.