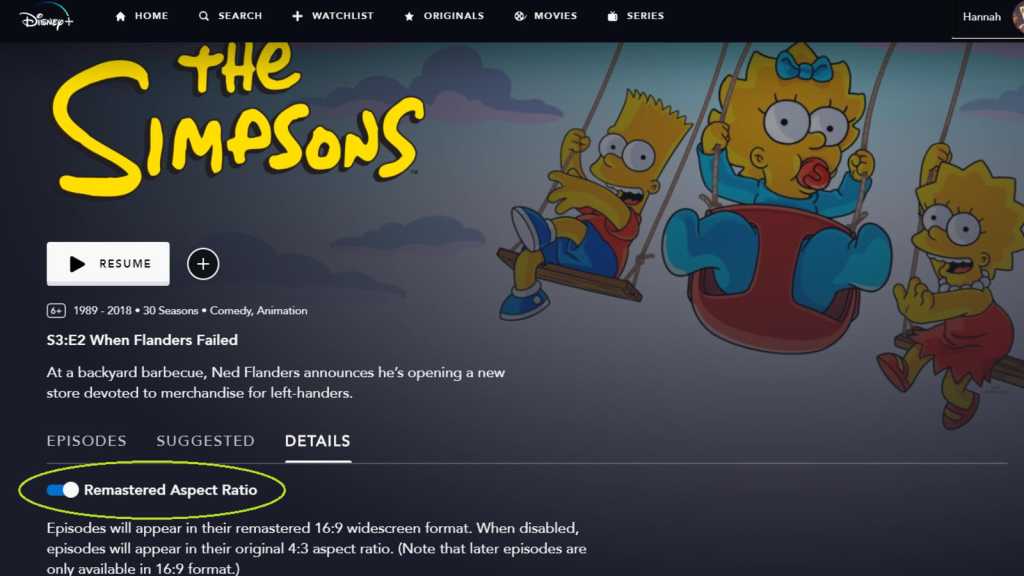 You can now watch older episodes of The Simpsons in its original 4:3 ratio on Disney Plus.

Previously, all episodes of the cartoon on the streaming platform had been adjusted to fit into the modern 16:9 format, which meant that certain visual gags from older episodes were cropped out entirely. You can see an example of this in the tweet below:

All the classic Simpsons episodes on Disney+ are in cropped widescreen format — this means you miss out on tons of great visual jokes, like how Duff, Duff Lite and Duff Dry all come from the same tube. pic.twitter.com/cTy9adulFl

Now though, Disney+ has made the first 19 seasons available in both aspect ratios – certain episodes of season 20 are also included. All seasons after that were only made in the 16:9 aspect ratio, so this option is not available for them.

To turn on the original aspect ratio on episodes of The Simpsons, take the following steps:

You can see an example in the title image of this article, and this option should be available on all devices where you can watch Disney Plus.

In the meantime, you can check out our picks of the best episodes of The Simpsons on Disney Plus, as well as our other recommendations of TV shows on the platform. Finally if you’re not yet signed up to Disney+, you can sign up on the website for £5.99/$6.99 a month or £59.99/$69.99 a year.