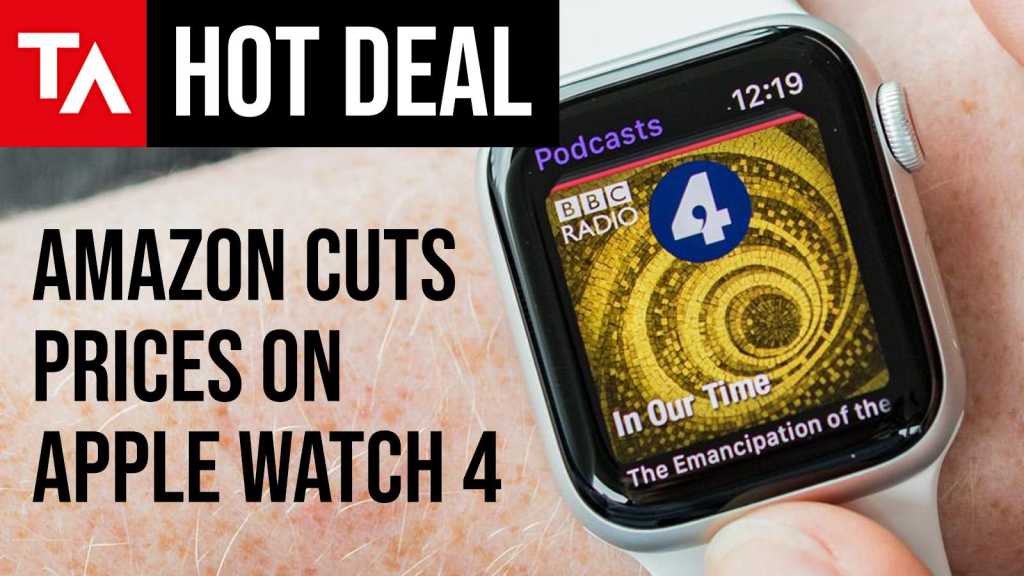 Amazon has dropped prices on Apple Series 4 Watches. The model is no longer available directly from Apple, which only offers Series 3 and Series 5. This makes Amazon’s discount ideal for anyone looking for a recent model without having to dish out on the Series 5. Head to Amazon to see its Series 4 offers now.

Compared to Series 3, the Series 4 offers a few welcome improvements.

First off, you get a 30% larger display and a 50% louder speaker, along with slimmer bezels, a nicer dial, flatter body and, most impressively, an integrated electrocardiogram.

Its fall detection feature, which uses the accelerometer and gyroscope, can also dial emergency numbers if needed. Read about all the improvements and what else you can expect in our Apple Watch 4 review.

Now, however, Amazon’s discount drop prices across a variety of GPS + Cellular models. The cheapest offer is on the 40mm option with a black Sports Band, which is now £451.28 – a stark drop from the £699 RRP.

There aren’t any GPS-only options included in Amazon’s Apple Watch sale, however. If that’s what you’re after, you can pick it up for as low as £299 from Argos.

Compare the prices on the Series 4 across all major UK retailers below or head to Amazon now for its Apple Watch 4 deals: