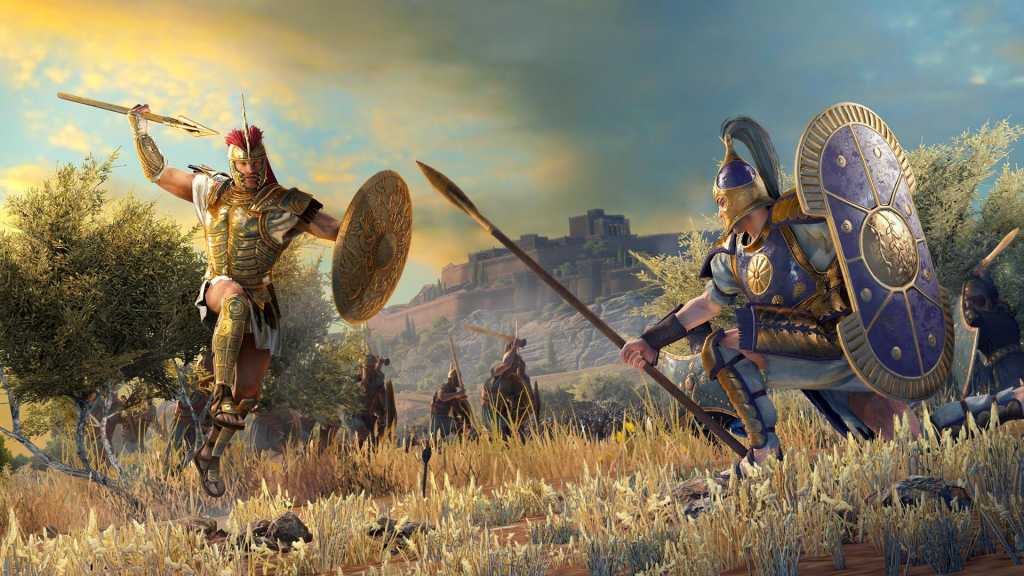 Sega has announced a novel release strategy for its next Total War game: it’s just going to give the game away for free.

A Total War Saga: Troy will launch exclusively on the Epic Games Store on 13 August, when it will be free to anyone who wants it for 24 hours, and yours to keep if you grab it in time. Epic has paid to hand the game out for free as part of a deal that keeps the game exclusive to the Epic Store for a year.

“Thanks to Epic, we’re able to offer a Total War title for free on its launch day. It’s a hugely exciting thing for us to be able to do for our players,” said Sega’s Tim Heaton.

“Not only does this mean that we can bring the tales and legends of Troy to a wide audience through Epic’s massive platform, but it also means new players will get to try Total War for the first time, experiencing the unique gameplay that the series is famous for.”

Troy is the second game in the Total War Saga spin-off line, after 2018’s Thrones of Britannia. The devs say that the Saga titles “take the grand strategy and real-time battles of a core Total War game and channel them into an intense flashpoint of history,” making them more focussed games, but with just as much strategic depth to enjoy.

Sega and devs Creative Assembly haven’t announced how much Troy will cost once the free period is over, but Thrones of Britannia is £29.99/$39.99, so it’s a pretty safe bet that Troy will be similar, if not the same.

And while it will be an Epic exclusive at launch, it will make it to Steam – eventually. This is a one-year exclusivity deal, which means the game should arrive on Steam in August 2021 for those who really refuse to shop through Epic, though the devs have cautioned that there won’t be any cross-play between the two versions.

In a blog post the developers were keen to emphasise that this exclusivity deal is only for Troy, and that it has “no plans for future games to be Epic exclusives” – though that isn’t quite a promise that they won’t be.

Check out our guide to the biggest upcoming games this year for more that’s on the horizon.