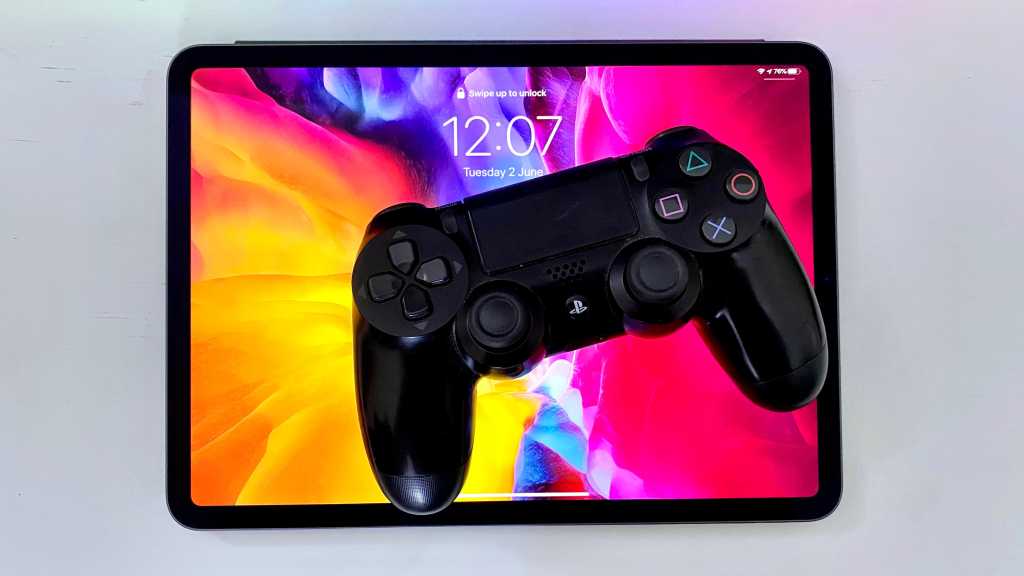 With the release of iOS 13 came a range of new features, but none were more important to gamers than the introduction of PS4 and Xbox One controller compatibility. You’ve been able to use physical controllers to play high-end games on the iPhone and iPad for years, but they’ve traditionally been controllers designed specifically for Apple’s devices and, let’s be honest, they pale in comparison to the likes of the DualShock 4 and Xbox One controllers.

Interested in Mac gaming? We cover how to use a PS4 or Xbox One controller on Mac separately.

How to connect a PS4 controller

No matter when you purchased your DualShock 4 controller, you’re able to use it with your iPhone or iPad without any issue. If you’re yet to pick one up but prefer the look of Sony’s controller, we’d recommend taking a look at our selection of the best PS4 controllers.

Your DualShock 4 controller should then be paired, ready to play any game that offers support for MFi controllers.

How to connect an Xbox controller

While you can use any DualShock 4 controller with an iPhone or iPad, the same can’t be said for the Xbox controller.

You see, whereas Sony has always opted for Bluetooth connectivity, controllers that shipped with the original Xbox One utilised Microsoft’s own wireless technology, making them incompatible with Bluetooth devices. Microsoft fixed the issue with the release of the updated Xbox One S and subsequent Xbox Series X/S, so you’ll have to check which Xbox controller you have before going any further.

We’ve got a huge collection of great Xbox controller recommendations if you do need to get your hands on an updated pad.

Once complete, you’ll be able to enjoy your favourite MFi-supported games like Oceanhorn 2 and Call of Duty Mobile using a controller.

How to disconnect your controller

Unlike when you’re playing on Xbox One or PS4, your controller won’t automatically power off while connected to an iPhone or iPad, and that could drain the battery pretty quickly when not in use.

To properly disconnect your DualShock 4 or Xbox One S controller, you need to simply turn off Bluetooth on your iPhone or iPad. The controllers will then disconnect and should turn themselves off within a few seconds.

Next time you want to connect, simply hold the Xbox/PS button to turn the controller on, and it should then automatically reconnect to the last-used device – in this instance, your iPhone or iPad.