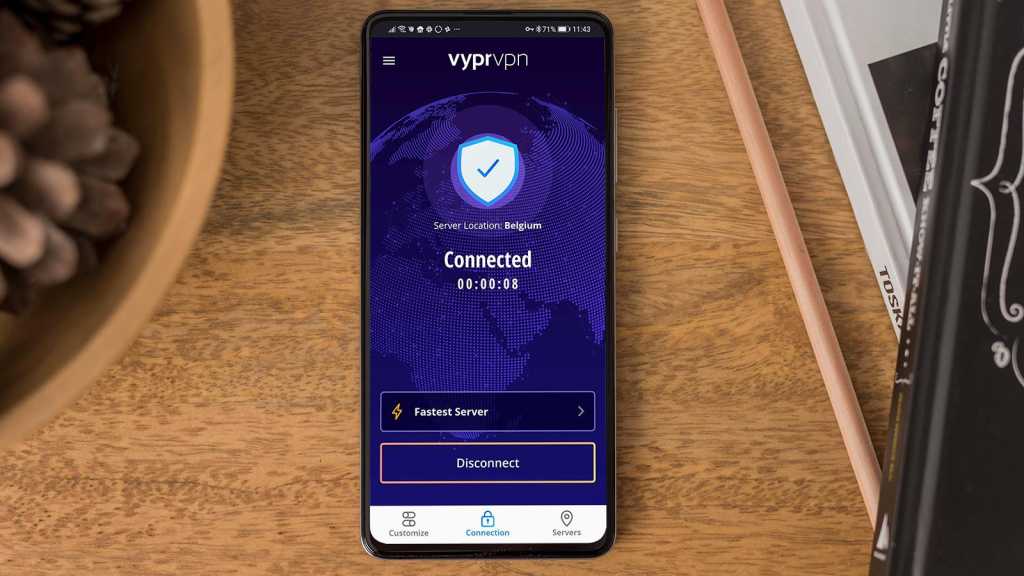 A VPN provides a secure connection to the internet that also allows you to unblock sites and services that you wouldn’t be able to access with your normal internet connection.

But since just about all of the top services will do that, one of the biggest differentiators – besides price – is speed.

Speed is important because why would you want to use a VPN service that slows down your internet connection and makes web pages take longer to load?

Recently, quite a few VPN services rolled out new protocols that claim to be much faster than before. So much so that you may not experience any drop in speed at all, especially if your broadband gives you around 60Mbps or lower.

These new protocols – which are responsible for encrypting and decrypting the data going to and from the internet – are mostly based on WireGuard, but some VPN companies have developed their own protocols. The bottom line is that services can now offer much faster speeds – into the hundreds of megabits per second – so they shouldn’t slow down your internet at all.

However, there are a few things to understand about VPNs and internet performance before you make your final choice.

First, your own internet connection speed will determine whether you’ll notice a big difference when you connect to a VPN.

This sounds obvious, but it’s worth exploring. If your home broadband connection is very fast (let’s say 200Mbps for the sake of argument) then you will undoubtedly notice if you connect to VPN which is running at 50Mbps.

But if your broadband provider only supplies you with a 40Mbps connection, then connecting to a VPN service running at 50Mbps won’t have any effect on download speeds.

Unfortunately, this is a very simplistic view of how it all works and there are lots of other factors which affect speed.

This is the biggest factor in most cases. It’s also why most VPN apps will automatically pick the closest server if you don’t choose one yourself: the closest server to your physical location will typically provide the fastest speed.

You can verify this easily by running a test using the Speedtest.net website (or app) to check your download and upload speeds when connected to a VPN server in the same country as you, and then rerunning the test when connected to a server the other side of the world.

You can expect to get very close to your normal broadband speed when connecting to a local VPN server – in the UK on our 100Mbps test line we usually see 75Mbps right up to the full 100Mbps with most VPN services with UK servers.

But when testing speed on Australian servers, or those in Asia, speed can drop to as little as 10Mbps or less.

Physical distance is still relevant even with protocols such as WireGuard: you’ll only get the fastest advertised speeds when connected to a server that’s relatively close by.

If server location doesn’t matter – because you only want the privacy and security offered by a VPN – then this isn’t an issue: you can just pick the nearest server.

However, if you need to pick a server in the US or somewhere thousands of miles away in order to unblock websites or other content, then it pays to choose a VPN service that offers the fastest connection from that country to yours. Again, though, it only needs to be as fast as, or faster than, your existing broadband speed.

As alluded to earlier, other factors contribute to the speed you’ll get from a VPN at any given time. Although there is some consistency, internet connection speeds vary all the time. This can be down to how many people are using a particular VPN server, the time of day or the day of the week.

It’s why it’s so tough to say definitively how fast each VPN service is. To do so, you’d have to test every server multiple times on different days and at different times. And servers get upgraded, and additional servers added to countries, which means performance can change from month to month.

Bear this in mind when you see any speed test results online: they’re only valid on the date they were run, and should be averages from multiple tests. They should also state the location of testing, since the speed of a US VPN server will be different if the one tester was located in Europe and another was in the US.

If you dig even deeper, you’ll find that performance varies based on which protocol was used. As mentioned, WireGuard is one of the latest protocols and can be up to twice as fast as OpenVPN and older protocols, partly because they require less processing power from your device to encrypt data,  which in turn can also mean that process can happen faster.

Plus, not all protocols can be used on all devices, so it can also depend upon which device you need to run a VPN on that determines the speed you’ll get.

Which are the fastest VPN services?

Hopefully you can now see why answering this question isn’t easy. The fastest will depend on your own location and the location of the VPN server you want to connect to as well as the device you’re using.That said, the following services are among those which offer the fastest overall VPN speeds regardless of location:

Of course, there are other considerations when it comes to choosing a VPN provider, such as price, its privacy policy, the features on offer and more. For an in-depth buying guide and other recommendations, read our roundup of the best VPN services.