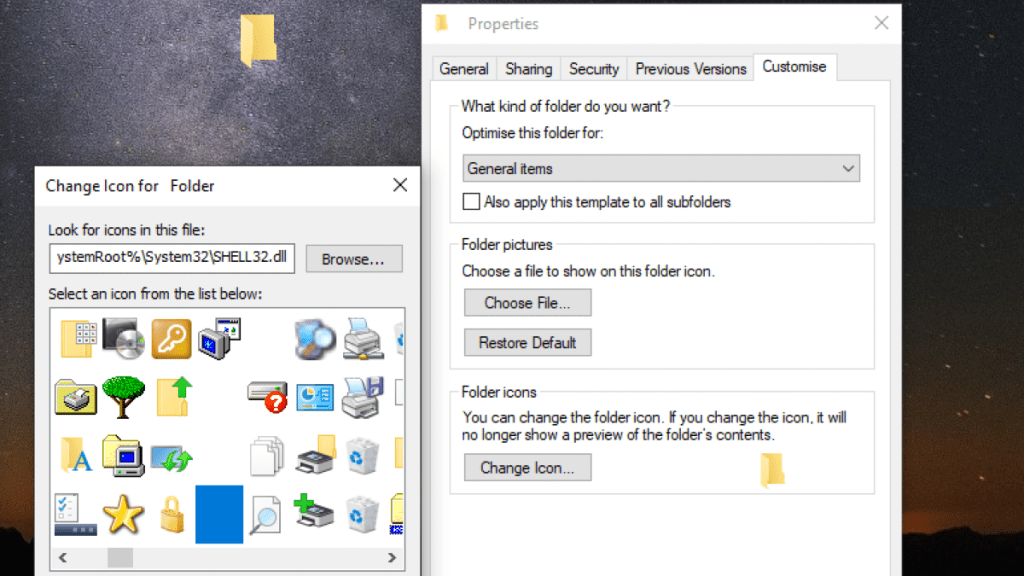 Since 2018, macOS has had a feature that groups items on the desktop into relevant categories known as stacks. This has allowed users to quickly access items according to the type of file they’re looking for without quickly creating a cluttered home screen.

However, Windows 10 has no such function. Unless you stay very organised, icons are far more likely be strewn across your home screen.

If you’re in the habit of saving everything to the desktop, there might be some folders which you’d rather friends, family or work colleagues didn’t see. If you still want them to be quickly accessible from the home screen though, you’ll need to create an invisible folder.

What is an invisible folder?

As the name suggests, an invisible folder is a folder that doesn’t appear to exist, but is in fact cleverly disguised on the desktop.

The icon in question will need to be unnamed and not have any picture, but fortunately there’s a way to do this on Windows 10.

It’s worth noting that this method is far from secure, as anyone could inadvertently click on the icon on the desktop and display the secret information. If that’s your top priority, we’d recommend hiding files/folders within File Explorer, or even adding password protection.

However, if you’re looking to impress your friends an invisible folder can’t be beaten.

How to create an invisible folder on Windows 10

Fortunately, the process for creating an invisible folder on Windows 10 is relatively simple, although it does require a numeric keypad in addition to the numbers displayed above your keys:

In addition to the lack of the security, it’s important to say that it isn’t an official Windows 10 feature. As such, there may be some bugs from time to time, so we wouldn’t recommend relying on it to ward off potential intruders.