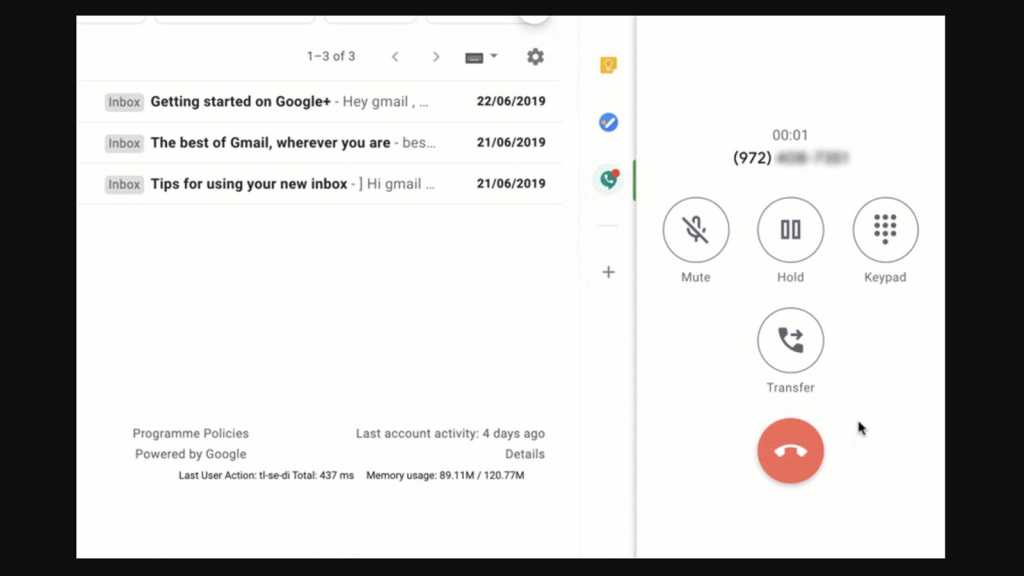 Google has announced it is building its paid Google Voice calling service into Gmail for Chrome and Firefox on desktop. The move is designed to benefit G Suite subscribers who use the Google Voice call service by being able to place calls to contacts via their computers from within the Gmail app in a browser.

The feature is to roll out from 3 June and will appear on the right edge of the app where other Google services such as Tasks, Keep and Calendar currently sit. It’ll only be available for Google Voice users who also have G Suite licenses, so it’s geared towards business use.

In a blog post Google also announced that it has also updated Google Voice with a call transfer option. Available either on web, Android or iOS it lets you transfer an active call to another contact. Google said the Voice app can intelligently suggest contacts, but you can also select your own or dial a phone number to complete a transfer.

Despite the first announcement, it’s unclear if this transfer feature will work within Gmail.