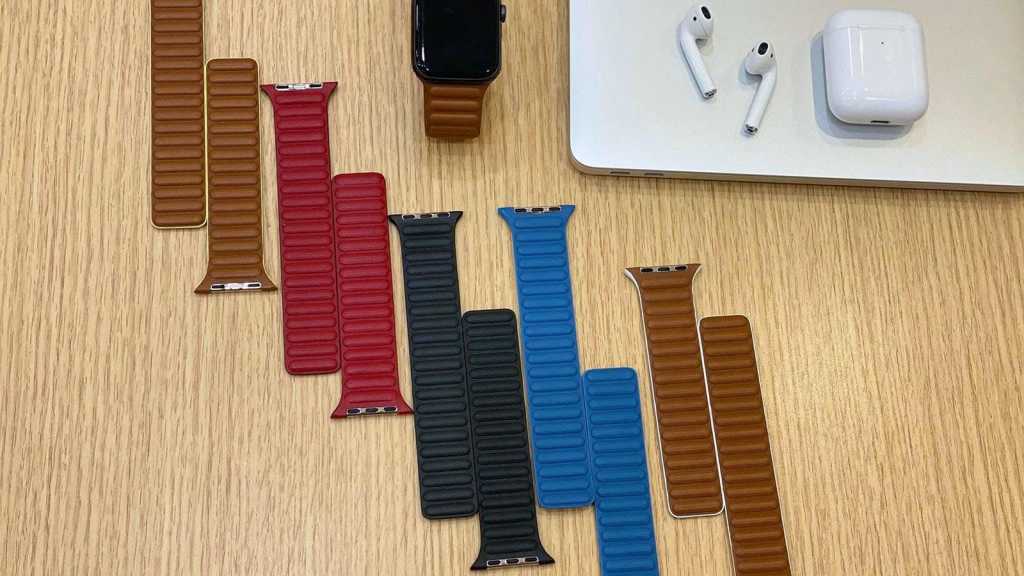 New photos have emerged of what could be a redesign of the Apple Watch’s Leather Loop strap. Photos shared by 9to5Mac show a variety of different coloured leather bands.

The pictures first surfaced on Reddit but labelled as for the Series 6 Watch, which we don’t expect until around September. 9to5Mac suggests these bands could be announced much sooner.

The current Leather Loop costs a slightly painful £99 but has a classy and subtle design, with each segment acting as a magnet for a highly personal fit.

These leaks, if accurate, show Apple overhauling the design somewhat. The magnetic segments protrude much more like little pills while the brown straps have a contrast colour edging to them. To be honest, they look a little cheap.

But that’s just our taste. Also, if these are the new Leather Loops then Apple might have overhauled the design for them to be more breathable and sweat proof. One of the annoying things about the Leather Loops currently is that you won’t want to work out in them because it’ll ruin the leather.

Apple has just launched the 2020 Pride Edition bands for the Watch and tends to quietly update the colour and designs of the rest of its range with minimal fanfare. Despite this leak, these could end up being knock off or indeed prototypes that Apple has since scrapped. We’ll keep an eye out to see if they’re genuine.