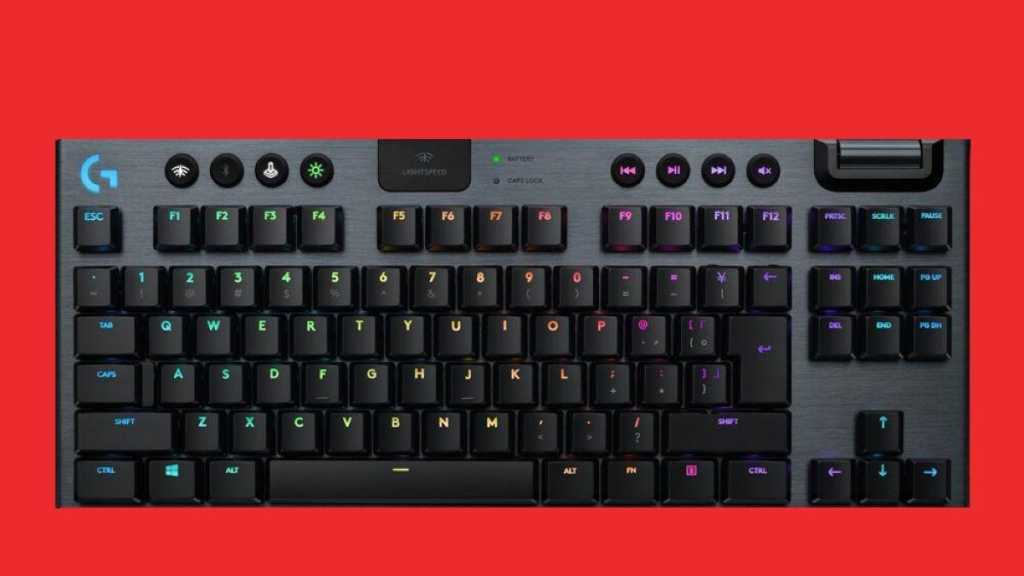 Logitech G, a gaming-focused sub-brand of Logitech, has officially revealed a new version of the hugely popular G915 wireless keyboard – and this time, it has gone Tenkeyless. The G915 TKL Tenkeyless Lightspeed wireless RGB mechanical gaming keyboard, while also being an absolute mouthful, boasts the same key specs as the standard G915 – including Logitech’s Lightspeed wireless tech and 40-hour battery life – with much smaller dimensions.

If you hadn’t guessed by now, the highlight of the G915 TKL is the Tenkeyless design. It’s a trend followed by many gaming brands at the moment, ditching the numpad on the right side of the keyboard to reduce the form factor and make it much easier to transport. It’ll also take up much less space on your desk than the standard G915, making it the ideal option for those with compact gaming setups. Just make sure the game you play doesn’t require a numpad to play – it’s used to control planes in GTA V, for example.

The Logitech G915 range is famed for the inclusion of Logitech’s proprietary low-profile GL mechanical key switches. These souped-up switches provide a much faster actuation than many rivals, with Logitech claiming that the switches are half the size of traditional switches, and the typing experience is among the best we’ve ever seen.

Those looking to get their hands on the new compact Logitech G915 TKL don’t have long to wait – it’s due to be released in June, and it’ll cost £199.99/$229.99 via the Logitech G website and retailers like Amazon and Currys.