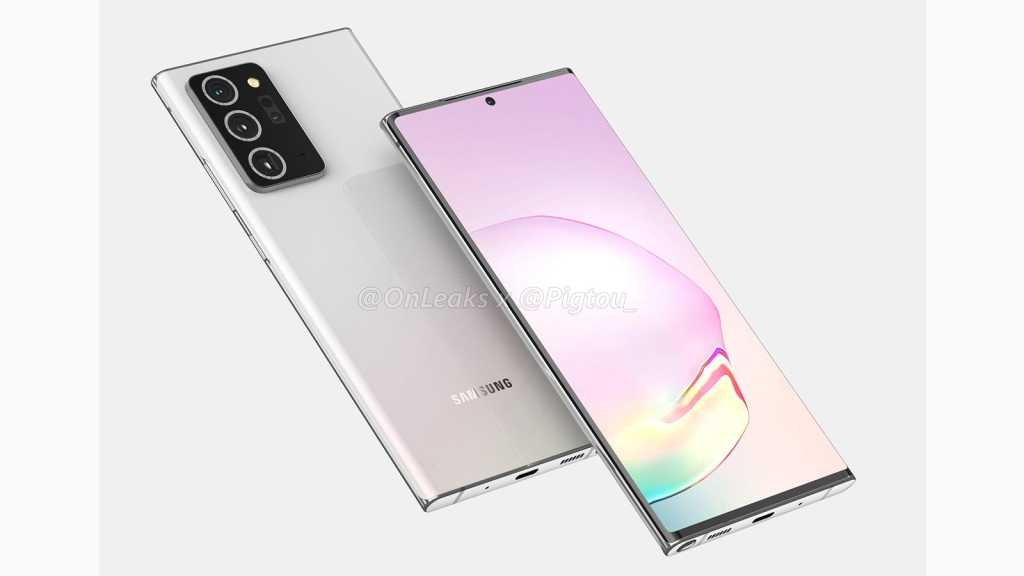 A new published render of the upcoming Samsung Galaxy Note 20 Plus suggests the handset will look very similar to last year’s Note 10 series. The renders are based on leaked CAD drawings and were joint shared by noted leaked @OnLeaks and case maker Pigtou.

The device is said to keep the utilitarian, squared off boxy shape of the Note 10 series that we personally prefer to the curved corners of the Galaxy S line. With a centralised selfie camera, the front is almost indistinguishable from the Note 10 Plus, with a huge 6.9in AMOLED display mooted to appear.

A larger and more protruding camera module is present on the renders, which may make the dimensions of the device more like the S20 Ultra. According to the report, the Note 20 Plus will be 10.7mm thick with the camera bump.

We quite liked how the cameras of the Note 10 Plus were fairly unobtrusive, whereas the three lenses on the alleged Note 20 Plus render appear to stick out somewhat and follow the design seen on the S20 phones.

Of course, all renders of this nature must be taken with a pinch of salt, and while @OnLeaks has a decent track record he isn’t always correct on these things. If Samsung sticks to its annual schedule then we’d expect to see the Note 20 series launch around August this year.