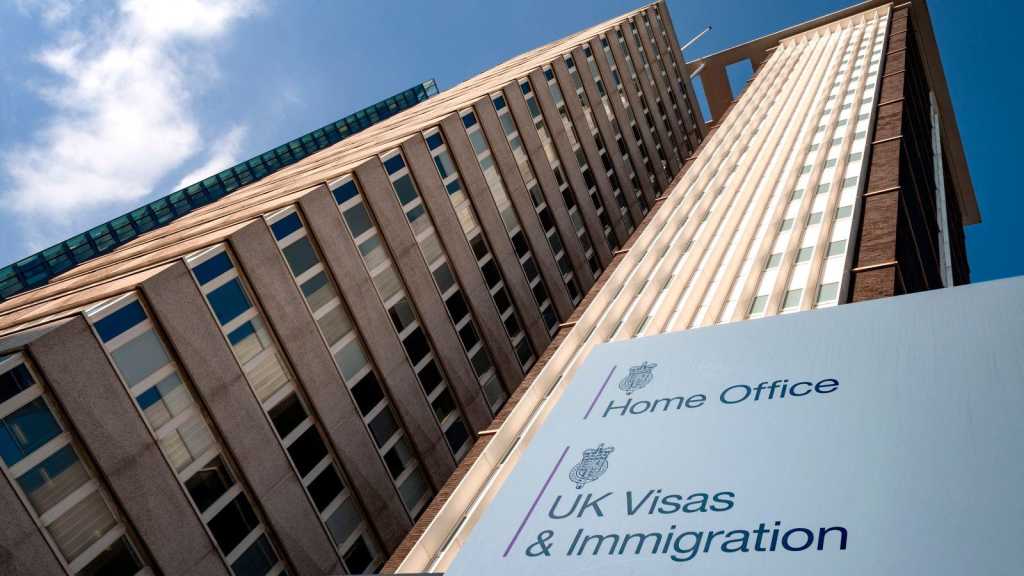 The new points-based system will assess skills, qualifications, salaries and English language proficiency and will only award visas to those that are deemed above the points threshold of 70. All applicants will also be required to have a job offer and the minimum salary threshold will be set at £25,600, down from the previously set £30,000. The education threshold has also been reduced from degree level to A-level or equivalent. Existing EU citizens working in the UK have until 31 December 2020 to apply for settled status in the UK.

All applicants, both EU and non-EU citizens, “will need to demonstrate that they have a job offer from an approved sponsor, that the job offer is at the required skill level, and that they speak English,” according to the government’s policy statement.

“We’re ending free movement, taking back control of our borders and delivering on the people’s priorities by introducing a new UK points-based immigration system, which will bring overall migration numbers down,” Patel said in a statement. “We will attract the brightest and the best from around the globe, boosting the economy and our communities, and unleash this country’s full potential.”

Julian David, the CEO of industry advocacy body TechUK broadly welcomed the policy outline, saying it: “sets a welcome direction for the tech sector on the UK’s future immigration system by explicitly welcoming STEM talent, removing the unnecessary and arbitrary cap and creating a more streamlined approach that uses digital innovations such as online applications.”

How does the points system work?

From 2021, all applicants for a working visa in the UK will have to meet a 70-point minimum to have their application considered. Higher salaries accrue higher points and a PhD in a STEM subject relevant to a job is also more valuable than a PhD qualification generally. The government is hoping to open the application portal by Autumn this year to allow people ample time to apply.

Twenty points are also accrued if the role appears on the ‘shortage occupation list’, which includes technology roles like: IT business analysts, architects and systems designers, programme and software developers, web designers and developers and graphic designers.

Entrepreneurs and the Global Talent visa

Those without an approved job offer will have to enter through the Global Talent route – the new name for a Tier 1 Exceptional Talent visa – for highly skilled workers, pending an endorsement. For the tech sector this will continue to be accredited by Tech Nation.

The Global Talent visa is aimed at exceptional talents in the arenas of science and research, but also is built to cater for “talented and promising applicants within digital technology and arts and culture” and “highly skilled entrepreneurs and employees”.

The government’s policy statement highlightsthe need for “specialist work routes including routes for global leaders and innovators” and is dropping the old cap of 2,000 per year, even though the high bar for the visa meant that number fell short in 2019.

This move isn’t enough for Andrew Osborne, partner and head of immigration at law firm Lewis Silkin, however, who commented: “Sadly, still missing from the new immigration system, is a useable entrepreneurial route. The Start Up and Innovator routes are not sufficiently accessible and are too restrictive. Those who have a profitable, traditional business to set up in the UK still do not have a clear way of doing so.”

How this impacts UK startups

The UK’s vibrant startup ecosystem is heavily reliant on overseas entrepreneurs and high skilled workers but traditionally pays salaries that are far lower than their corporate equivalents, balanced out by share options and the chance to hone multiple skills and work in an exciting environment. Any additional friction applied here by government could weaken the UK’s ability to attract and hire top talent to startups and will see London and regional hubs like Oxford, Birmingham and Edinburgh in particular lose ground to EU rivals like Paris, Berlin and Barcelona.

Given that these new rules will come into effect in 10 months, startups will also have to move fast to get ahead of the new rules and finely balance the needs of their current employees with continuing to attract great overseas talent. This of course will prove challenging for smaller companies that don’t have dedicated talent resources.

Julian David at TechUK said: “The UK tech sector’s ability to attract and retain talent relies on businesses being able to be agile and dynamic to plan for the future. TechUK’s members are committed to building a strong domestic talent pipeline but for the UK to remain world leading in fields such as AI and quantum the UK must remain open and attractive to international innovators, investors and the talent that supports that ambition. This is a welcome step in that direction.”

Read next: What UK startups need to know about freedom of movement post-Brexit

“In short, the new system will restrict the ability of startups to hire talent from outside the United Kingdom. It has been designed to do this so that the government can be seen to be cutting ‘unskilled immigration’ after freedom of movement ends in December 2020,” Dom Hallas, executive director of the Coalition for a Digital Economy (Coadec) said.

“This is damaging to the startup ecosystem. We know the huge contribution that immigrant entrepreneurs have made to the tech sector… Unless the government is willing to support those moving to the UK to work in great startups and then build their own – our ecosystem will be at risk.”

What will it cost?

All overseas workers will have to acquire a visa in 2021, and an Immigration Skills Surcharge and Immigration Health Surcharge will be levied on employers. The government is also vowing to streamline the sponsorship process to reduce the time it takes to bring a migrant into the UK by up to eight weeks, instead of the 23 weeks it currently takes, on average.

“When these costs are applied to EU hires it will become significantly more expensive to build teams in London than in cities like Berlin, Barcelona or Stockholm,” a blog post by TechUK concluded, recommending a simplification of fees and processes for both employers and individuals as part of the new plans.

Lewis Silkin’s Andrew Osborne said: “The sting in the tail for employers and applicants is that the levies on the visa system, the immigration skills charge and the immigration health surcharge will continue to apply. This means that employers will be faced with a significant increase in costs if they want to employ non settled workers, circa £8,000 currently for a five year visa.”

Startups will have to keep an eye out for more detailed guidance from the government over the coming months and will want to be fully prepared for the new system ahead of the proposed Autumn 2020 opening up of the application process.

In the meantime Hallas at Coadec vows to “continue to campaign for a better visa system for startups and entrepreneurs […] The lack of clarity, the costs of the system and the continued crippling bureaucracy can only damage startups. There’s still so much to do to protect our ecosystem.”