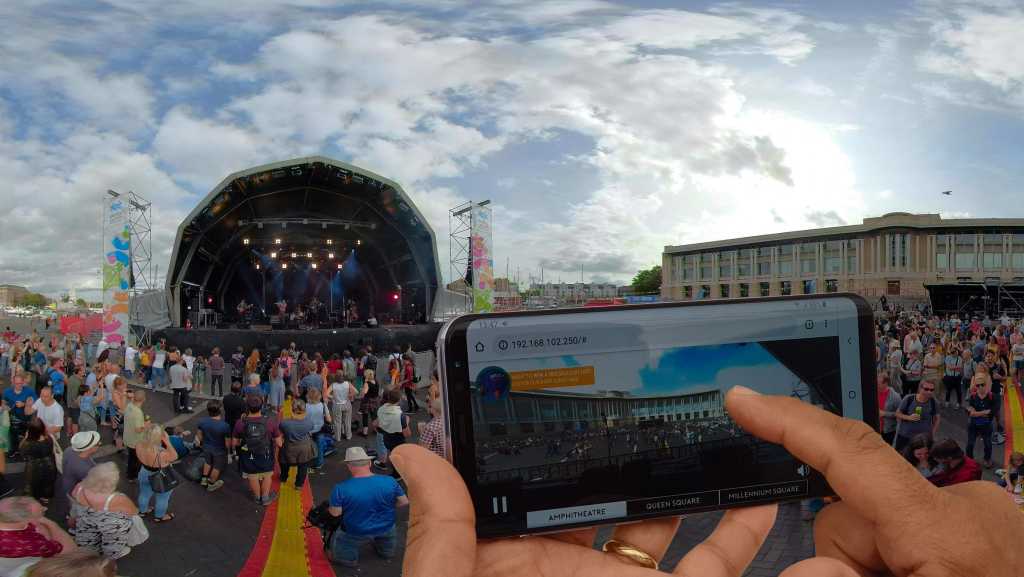 Last year, interested attendants of the Milan motor expo could transport themselves 1,700 miles away into the drivers’ seat of the brand new 2019 Jeep Cherokee, taking the off-road vehicle through a virtual tour of the rugged countryside a short journey away from Marrakesh, Morocco. The company that enabled this was Mativision, allowing participants to experience the bumpy ride from the comfort of an exhibition hall by strapping on an Oculus Rift virtual reality (VR) headset.

There’s a growing business case for augmented and virtual reality. This is just one: helping potential buyers get a taste of the real value of a product remotely, outside of their immediate environs.

Mativision – a London-headquartered immersive experience firm that that has quickly scaled over the last decade from a small startup to a global business – uses internally developed augmented and VR tech to create media content that promotes A-list brands.

“We work with well-known top-tier brands that want to get involved with advanced technologies,” Anthony Karydis, the CEO who founded Mativision in 2012 told Techworld recently.

To date, the firm has raised £655,000 from private investors, and counts technology heavy hitters such as Google, Samsung, Facebook and Vodafone among its clients, plus others from sectors including health, the night-time economy and automotive.

Read next: Virtual reality and augmented reality startups in the UK to watch

Most companies reach out directly to Mativision for production or promotional content, usually around events or projects. Now, Mativision’s immersive content is streamable across practically any device, but when it started out in the early 2010s, smartphones weren’t quite as ubiquitous or powerful as they are today.

Karydis explains the genesis of the firm’s technology: “We built an end-to-end workflow which starts by capturing content with CCTV cameras, all the way to delivering the experience to any device the users may have. At the beginning it was just internet-based, then it became mobile phones and later, it became VR and AR headsets.

“In a way, we were lucky as we had to develop the technology that we can now adopt and cover across all the available delivery platforms of today.”

Mativision, says Karydis, was one of the first companies to offer VR-based applications on a global scale. However, as a UK startup they faced some challenges.

“There was nothing immersive out there then, but all of a sudden we started to see huge investments on the other side of the Atlantic into companies that were nowhere near where we were, capability-wise,” he says.

“But, on our side of the Atlantic it was very difficult to source this level of investment and also the kind of support from customers that would allow us to scale.”

Mativision was left with no choice but to develop its own growth strategy in order to increase customer reach.

According to Karydis, research and development has always been a priority for the company as it has helped Mativision to stay up to date, particularly when working with businesses in fast-moving sectors such as the media industry.

“Also, in the past three years we have been very heavily involved in how platforms can be ported to use the new 5G network infrastructure that is being developed, supported by the Department of Culture, Media, and Sport,” he says.

Mativision also participates in the 5G-VICTORI consortium – launched in June 2019 as part of the EU’s Horizon 2020 initiative – which aims to use 5G infrastructure in trials across Europe especially in large-scale tests that focus on transportation, energy, media, and industry 4.0. For its part, Mativision is currently supporting trials for immersive media delivery across European cities and train stations.

The firm has worked closely with Digital Catapult, the British government’s digital innovation agency, to maintain its global reach, and was a finalist in 2019’s Digital Catapult Platinum Awards.

“We were helped by Digital Catapult in our build up,” Karydis explains. “It has been very clear that we cannot implement it ourselves, being a micro company. We need to have partners that will give us access to larger audiences; therefore we will be working with them to build a strategy of how we spread our IT both in the field and R&D projects.”

Mativision was one of eight companies recognised in the 2019 Digital Catapult Platinum Awards. Techworld helped with the judging of the awards, which recognise and celebrate the most innovative advanced digital technology startups and scaleups that Digital Catapult has supported in the past year.