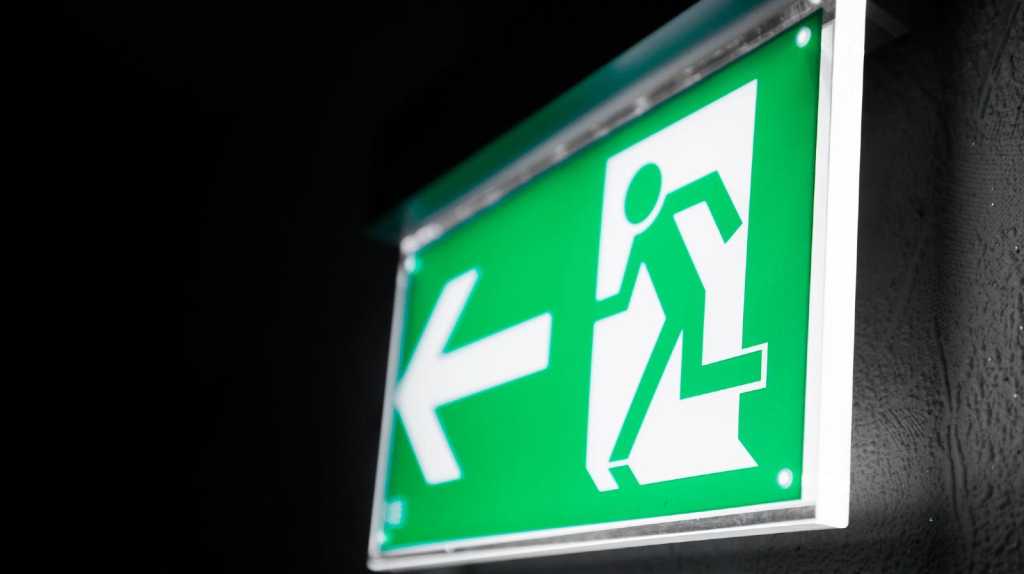 Startup founders often struggle to say goodbye to their business but there comes a time when their baby has to fly the nest.

Having an exit strategy in place can make it much easier – and more profitable – to let go when the time is right, but businesses struggle to formulate an effective plan. According to a 2018 UBS Investor Watch Report, 48 percent of business owners don’t have a formal exit strategy, an oversight that can have catastrophic consequences.

“Get the house in order as early as possible,” says Tom Butterworth, managing director of early-stage banking at Silicon Valley Bank’s UK Branch.

“It will carry a cost because you’ll have to pay for good lawyers, good accountants and a data room, which you’ve got to make sure is managed. But investing that early can save you multiples of that capital later on, because ultimately, if you’re negotiating with a large corporate, and they’re struggling to get the information they need, or their lawyers are, they’re going to use that as a point to negotiate the price down.”

“This is something which you’re going to put normally 10 of your best years in, and it’s going to take a lot of time, and there’s going to be a lot of sacrifices made, so you want to make sure you’re maximising the rewards you get for making those sacrifices,” he says. “Take the advice at each and every round.”

The right exit will depend on the individual business and preferences of its founders, particularly around how much control they desire.

Ceding control by seeking an external partner with established talent and resources might give the business a greater chance of success, but the founding team might feel that their passion and knowledge make it best for them to stay in charge and progress through other ways of raising funds.

“Every business will be a little bit different, and it depends on the objectives of the management team,” says Gordon Tucker, managing director and global technology lead at consultancy firm Protiviti.

“Some management teams desire to keep their control over the organisation and to really continue to drive its growth and product development. In that case, their strategy may necessitate a public offering of some kind, so there’s money raised to do other things, but the management continues to operate the company.”

Startup exits in the UK have traditionally been dominated by M&A, but the recent growth of capital available across funding stages has opened up other options such as IPOs. The positives of going public include the liquid trading opportunities it can offer to employees and early investors and the public recognition that comes from creating a well-established company.

There are also risks and expenses, which can be reduced through robust and accurate financial reporting, corporate governance and forecasting.

“There’s a heightened sense of public scrutiny to the company’s efficiency and effectiveness when public. That has to be thought about well before going out,” says Tucker.

Startups typically go public through an IPO, but in recent years direct listings have become a compelling alternative. Spotify and Slack both used them to go public, which meant the companies didn’t need to rely on investment bankers to sell their shares to the public and instead let existing shareholders sell their stock on the free market.

The risk of direct listings is that they don’t show where share prices will start as no initial price is set and there is no cash infusion of an IPO.

The successful experiences of Spotify and Slack show that the risk of direct listings can be worth the reward, but direct listings are probably most suitable for high-value startups that are already established brands.

“The public options are wider now,” says Butterworth. “You don’t have to think about listing on Nasdaq. AIM is now seen as a viable option and there have been UK companies which have done smaller listings on AIM to get their liquidity event. There’s more options there for sure, so is it possible to go public a bit earlier because of those alternative markets.”

Butterworth believes that technology with more complicated routes to profitability might not suit an IPO.

“If they’re building a piece of technology, which is going to be challenging for them to generate revenue, but has a lot of IP and potential value, then M&A is probably the more natural route than going down the IPO route,” he says.

“For the IPO route, you tend to see more consumer brands or B2B brands which are going to generate significant amounts of revenue.”

If the right acquirer is found, the founding team can maintain their autonomy while adding the funding and experience from a larger company to the mix, but selling up will also mean ceding a degree of control.

Normally the startup will be acquired by a larger company but a merger may also be an option.

“Maybe there’s another company that’s in the same general vicinity as them and they’d like to merge and combine operations, although we see that less,” says Tucker.

Another option is to retain ownership of the company while hiring an executive team to handle the day-to-day running of the business.

“I’ve seen a number of situations where the CTO is someone who is a very entrepreneurial individual, and oftentimes they’ve made the choice in their personal career to be that entrepreneur who is out there on their own taking on the risk, and that’s the way that they feel driven in their career,” says Tucker. “Being part of a large acquiring organisation might not suit them quite as well.

Butterworth warns startups against getting fixated on their exit too soon, as a focus on the ending could create negative behaviour on the way and distract them from building the business.  A premature focus on the exit can also reduce funding opportunities.

“Several investors have said that it shows that the founders are not thinking big enough if they’re already thinking about a short term goal and an exit strategy,” he says. “I wouldn’t do it too early. I definitely wouldn’t think about it pre-A.”

Butterworth acknowledges that developing an exit strategy is a tricky task but adds that the options in the UK are greater than ever before.

“Ten years ago, they were very much driven down a local M&A path,” he says. “Now M&A is internationalised, you’ve got more access to capital to stay private for longer and do the founder liquidity thing along the way.

“Then in the IPO market, there is still an openness to tech and innovation. and some of those smaller markets are now seen as a viable option, whereas before they were frowned upon slightly. In terms of the optionality for founders now it’s better than it ever has been, and I can only see that continuing in one direction.”