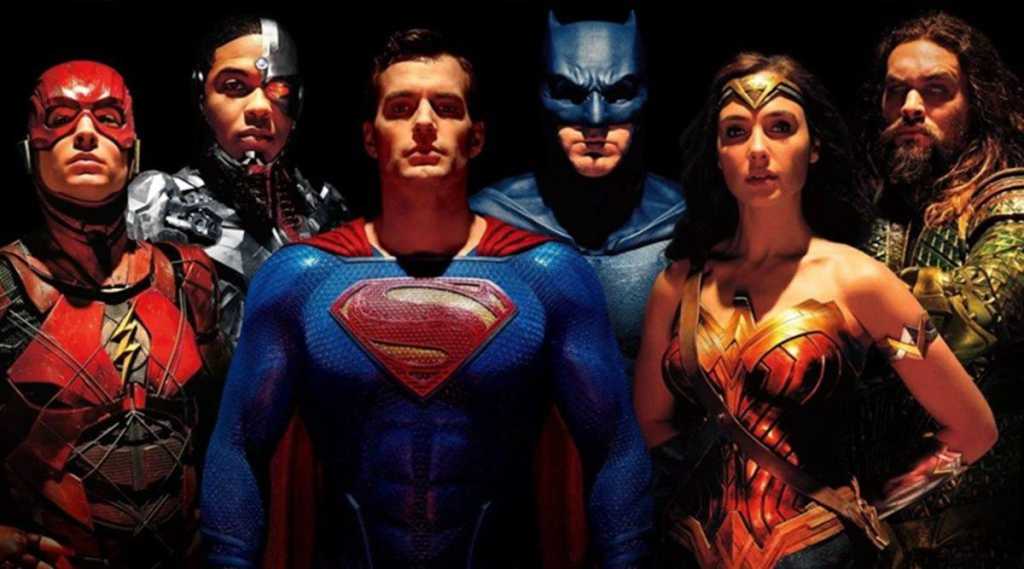 The wait is finally over for the Justice League Snyder Cut. HBO Max has the original unfiltered vision of the film – directed by Zack Snyder – exclusively on the platform in the US. Meanwhile the rest of the world (with the exception of China, France and Japan) has it on demand and streaming through different platforms.

Snyder left the film part way through the post-production process of the 2017 feature film, and Joss Whedon took over his position. During that time, Whedon and Warner Bros made significant edits and rewrites to the film, changing a lot about what Snyder had originally envisioned.

We’ve pulled together everything you need to know about this new version of Justice League, including the format, the plot and how to watch it in the UK. If you’re interested in other DC shows on HBO Max, then check out our similar article on the new live-action series Justice League Dark.

The cut is out now on HBO Max. Snyder has also confirmed that it will release as one long four-hour movie, rather than a four-part miniseries.

If you’ve not yet got a HBO Max account, you can sign up on the website. The streaming service costs $14.99 per month and at the moment is only available in the US.

Zack Synder also announced that a distribution plan is in place for the rest of the world – and that includes the UK.

How to watch Justice League Snyder Cut in the UK

Zack Snyder has confirmed that Justice League Snyder Cut is available in all other international markets on VOD, linear and streaming on the same day it releases on HBO Max. In the UK, this is Sky Cinema and Now.

The battle of a lifetime is coming…🙌 #JusticeLeague #SnyderCut pic.twitter.com/xFcbve0SuN

You can either add Sky Cinema as a channel in your premium TV package, or sign up for Now. The latter is the more flexible option, as it offers a seven-day free trial for all new customers.

All you need to do is head to the Now website and sign up for the Cinema Pass. As long as you cancel your account before the week-long trial is up, you can watch the Justice League Snyder Cut for free. You can also take a look at the best movies on the platform this month if you’d like to watch more films.

It’s also possible to watch on Now for free if you’re not in the UK. You can do this by signing up with a VPN.

VPNs (virtual private networks) allow you to change your IP address so you can browse the internet as if you’re based in another country. To sign up for Now, you need a UK server. For the best servers, performance and pricing, we recommend either NordVPN or  ExpressVPN.

Once you’ve chosen your VPN, just head on over to Now and create an account.

The full trailer for the Snyder Cut includes a whole lot of unseen footage including Superman in his black suit, a look at the villain Darkseid and of course Jared Leto’s Joker. Take a look below:

Plot differences from the 2017 movie

First of all, there is a big tonal shift. The original was said to be a lot darker than the final cut we actually got to see. This was mainly down to the decision to make the film much lighter in re-shoots after the negative reactions of Batman Vs Superman, which was criticised for being too serious and heavy.

Secondly, Snyder originally had plans to make a Justice League trilogy. The three films would eventually build to the Knightmare scenario, which was a long-standing conflict between Superman’s Regime and Batman’s Insurgency, leading to an apocalyptic version of the world.

Zack Snyder tweeted a first look at Darkseid, which you can see below:

There’s another teaser for him here:

As for Steppenwolf – his role will be very different. Steppenwolf was originally in Suicide Squad, but was taken out of that movie and placed into Justice League, with re-shoots making his appearance more fitted into the film. He will still appear, but working more as an accomplice to Darkseid than for his own gain.

His role is not the only thing that’s different – Steppenwolf has a fresh new makeover. You can see the differences between the original and the new version below (and decide which you think is supreme).

The Wrap also speculated that Superman’s resurrection would be a lot darker. Rather than fighting with the team, the writer states that things wouldn’t go as expected, and Superman would turn bad. Perhaps it would be through an accident, or even a trigger such as the love of his life, Lois Lane, being killed. The trailer also reveals that we’ll get to see Clark Kent in a black suit.

In the DC FanDome panel, Snyder discussed how “Cyborg is the heart of the movie”, meaning that there’s a lot more in store for that character than what was previously shown.

Vanity Fair released an interview with images confirming that Jared Leto will be back as The Joker. He will appear in a dream sequence by Batman, and will be taunting Bruce about his past. You can see some official stills of the The Joker below, and find the full exert about his appearance in Vanity Fair:

No Laughing Matter: Your first look at Jared Leto’s all-new Joker from the #SnyderCut of Justice League. https://t.co/IuqLYQYf4k

New look at Joker from the #SnyderCut 📸 (via @VanityFair | https://t.co/hjkFcctpFN) pic.twitter.com/Qm5NZ8Iacl

The dream sequence that Joker appears in is briefly teased in the full trailer that released on 14 February 2021. He also says the line “We live in a society”, a popular meme surrounding the character.

Joe Manganiello was the original actor for Deathstroke, and he teased that a post-credits scene with his character would be included in this cut.

An interview with Zack Snyder in Vanity Fair has confirmed that there is a “hero cameo that will blow hard-core fans’ minds”. Online speculation seems to hint that this could be Green Lantern, but this has in no way been confirmed.

The same article also confirmed that the whole movie is in the 4:3 box-style format. This is so that one day in can debut in IMAX cinemas. However, the stylistic choice may be annoying to those who don’t want black bars on either side of their screens.

Critics reviews are out now, and the film has received generally favourable scores (via Rotten Tomatoes).

Why is this being released?

Well, it seems like a lot of this was down to fan campaigning. The social media hashtag #ReleaseTheSnyderCut caught fire, with Gal Gadot and Ben Affleck both contributing their own support for the cause. Fans bought out billboards with the slogan on, and even flew a plane over San Diego Comic Con with a banner attached to it.

Robert Greenblatt, Chairman of Warner Media Entertainment and Direct-To-Consumer gave a statement on the decision to bring the cut to HBO Max and how the involvement of the fans played an impact:

“Since I got here 14 months ago, the chant to #ReleaseTheSnyderCut has been a daily drumbeat in our offices and inboxes. Well, the fans have asked, and we are thrilled to finally deliver. At the end of the day, it really is all about them and we are beyond excited to be able to release Zack’s ultimate vision for this film in 2021.”

Hopefully it will be worth the work on a financial level, as this project will cost Warner Bros around $20 to $30 million. Ouch.