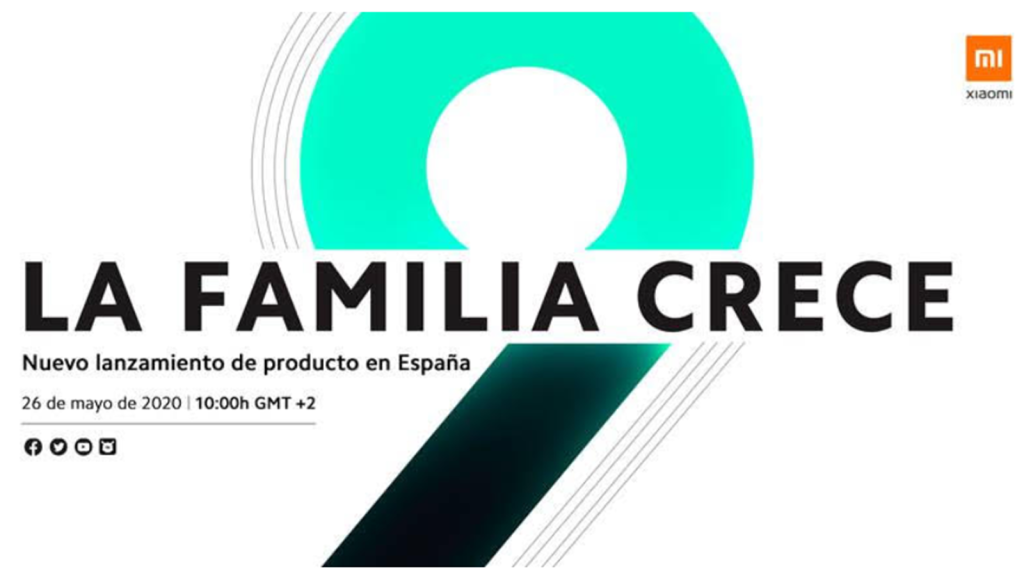 We have confirmation from our colleagues in Spain that Xiaomi will hold an online launch event on 26 May at 10am CEST. It appears that this event is just for the Spanish media, so we will likely be waiting longer for whatever else is announced to make its way to the UK.

Alongside the Redmi Note 9 it is rumoured that we could see the new Redmi 9 budget line. If true, the new phones will replace the Redmi 8 and Redmi 8A, which currently retail in Spain at €139 (3GB)/€169 (4GB) and €129 respectively.

It is common practice for Xiaomi to reveal teasers in the run-up to a product launch event, but so far it has remained tight-lipped on the subject. A reference pointing to the existence of a Redmi 9 on its RF Exposure page does not give us a huge amount to go on.

This proof of its existence has led to rumours regarding what we expect to see in the new phones appearing online, though not from the most reputable of sources. While some have suggested – and clearly are incorrect – that Redmi 9 will arrive as Redmi 10, others have said it may be similar to the recent Redmi K30.

This isn’t out of the question, given that Xiaomi often launches the same phones under different names in its various territories, and we recently saw the Redmi K30 Pro arrive in Europe as the Poco F2 Pro.

Those same sources suggest the Redmi 9 will feature the MediaTek Helio G80 processor and a quad-lens camera that includes 13Mp and 8Mp sensors.