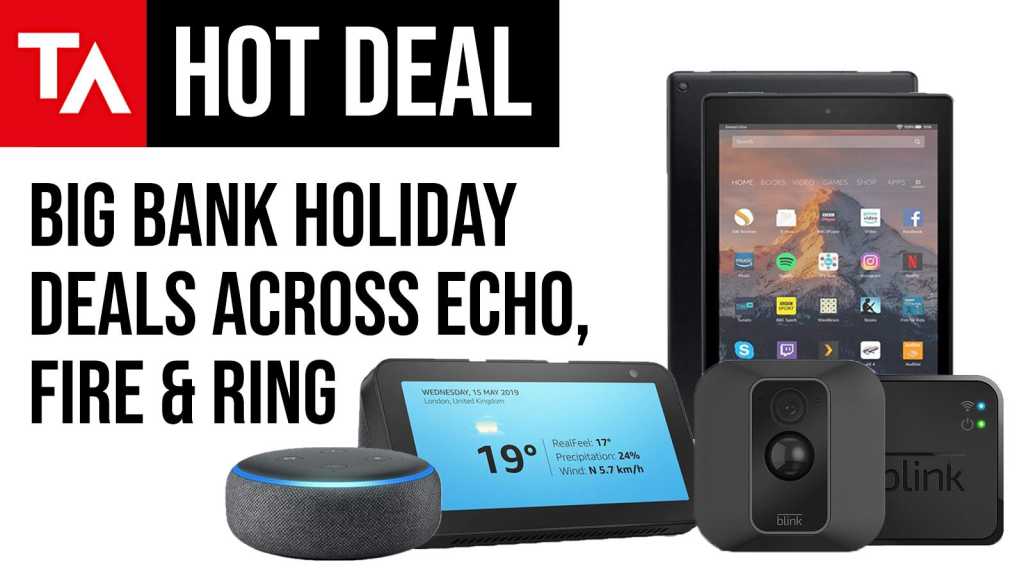 Amazon has cut prices across its popular Alexa smart home speakers, Fire tablets and Ring security cameras ahead of the late May Bank Holiday. Here are the deals worth looking at, though you can head on over to Amazon to peruse the discounts yourself.

The slightly more expensive Echo Dot with the integrated clock also has £20 off which reduces the price to £39.99.

Amazon’s smart displays are also seeing price drops, with £20 off the Echo Show 5 (5in display) and £40 off the larger 8in Echo Show 8.

On the Fire TV front, the Fire TV Stick has a cool £15 off, dropping the price to £24.99 from £39.99. It’s an excellent addition if you want to convert your TV into a smart one and gain access to streaming apps like Disney Plus, Netflix, BBC iPlayer or Amazon’s own Prime Video. You will need a separate subscription to those services to access the content though.

While there aren’t any Kindle e-reader deals, the next best offer comes on Amazon’s Fire tablets which include three-month access to Amazon Music Unlimited. Both the 16GB and 32GB Fire 7 tablets have £10 off, dropping the prices to £39.99 and £49.99, respectively.

Amazon’s home security devices are on offer too with £25 off the Blink XT2, £40 off the battery-operated Ring Spotlight Cam, £49 of the 5-Piece Ring Alarm with Ring Indoor Cam set and £50 off the Ring Floodlight Cam.

Head to Amazon to see all its device discounts.