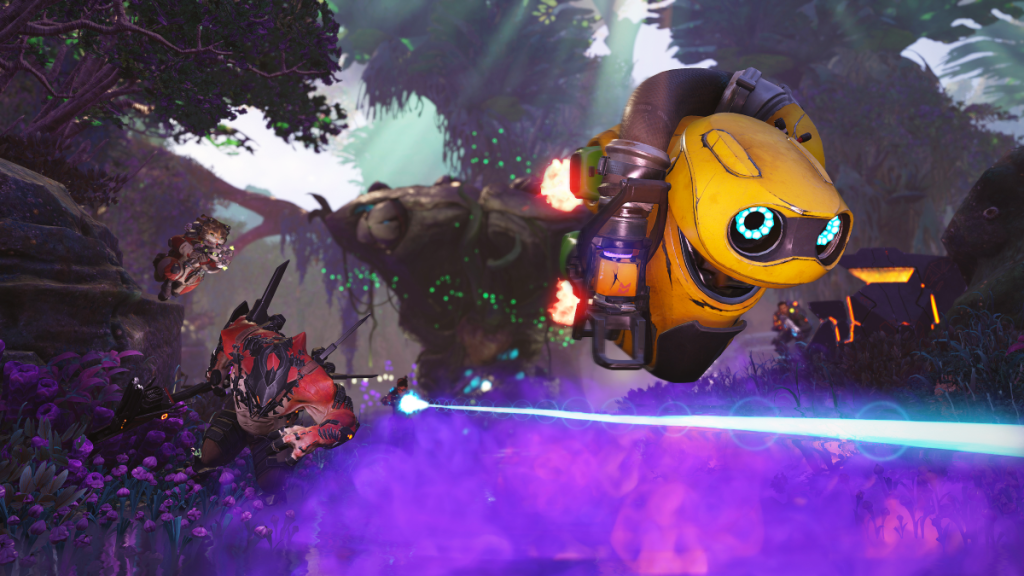 Crucible is a fitting title for Amazon Game Studios’ first big release. Amazon has released games before, but since the studio’s 2012 founding a mediocre racing game based on Amazon’s own The Grand Tour is the only title that’s appeared outside of Amazon’s App Store.

Amazon made a big deal out of Amazon Game Studios when it first launched, with names like Kim Swift (Portal) and Clint Hocking (Splinter Cell, Far Cry 2) on board, but both of them left without releasing a game.

So, this is not just Crucible but the Crucible, the moment of truth for Amazon’s gaming ambitions. Which is a bit of an unfair way to judge Crucible really, as it is a fairly okay team-based shooter with occasional flashes of brilliance.

It’s not the game we’ve all been hoping for from Amazon, perhaps, but you might well get a kick out of it. I’d definitely recommend downloading it when it comes out tomorrow – it’s free to play, anyway.

Comparisons are floating around comparing the game to titles like Overwatch or Valorant, but actually the third-person shooter shares more DNA with MOBA titles like League of Legends or Dota. Elsewhere one of the closest touchstones is Dying Light spin-off Bad Blood, which has you fighting PvE enemies, levelling up and then engaging your enemies.

Levelling up grants you more powerful perks, chosen before the game, and the hope is that when you clash with other players you can leverage your perks to win fights and control objectives.

The modes oscillate between heavily PvE-focused and ultra-competitive. Harvester Control can be played without any real interactions with the enemy team: players fan out and try to capture harvesters in addition to killing the native wildlife and anyone you encounter from the enemy team. 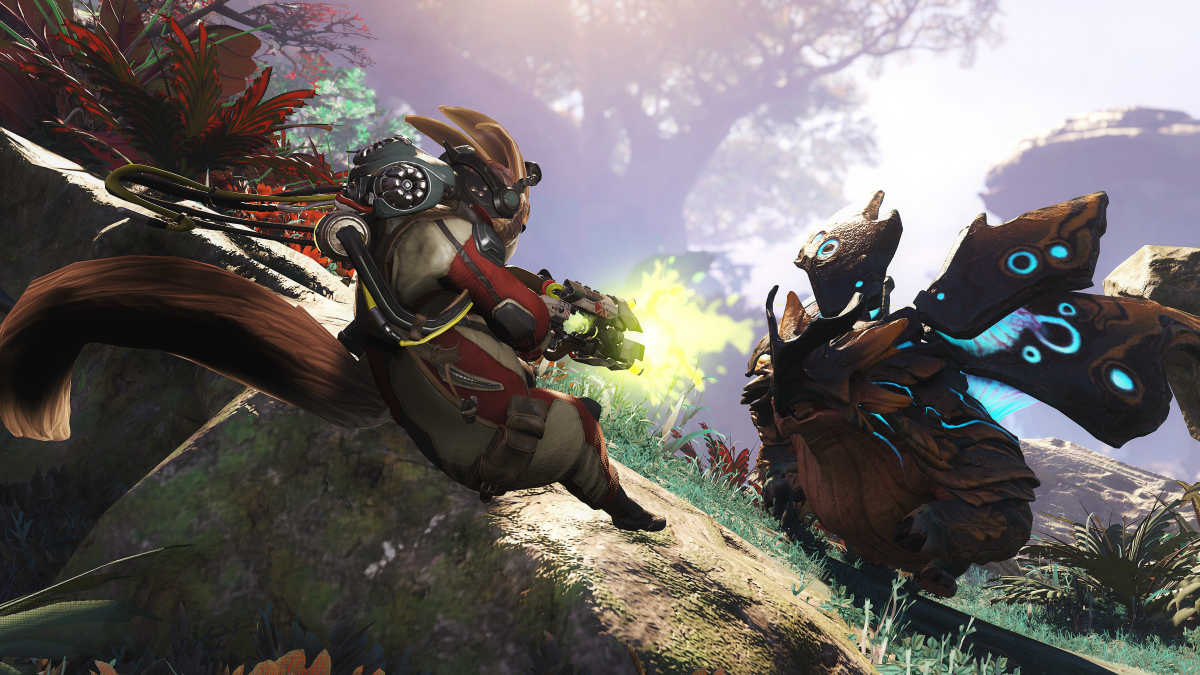 Heart of the Hive is quite similar at a base level, but every few minutes a hive spawns – a godless killing machine the size of a semi-detached council house, although with more flying death beasts rushing out of it.

This will often bring both teams together: slay the hive and you’ll immediately be plunged into a fight to grab its heart, which can only be claimed by one team – usually the team that survives the scrap immediately after the hive dies.

You can still level up in the same way, but it’s more competitive and feels more like a standard PvP game. Team composition is important here, mixing up tanks, damage dealers and flankers to ensure that you can try to take the enemy team in a balanced fight.

During one game, I took control of a squid-like sniper character who mixed a big tentacle face with long-range harpoons and one of the most satisfying grappling hooks in videogames.

Then there’s Alpha Hunters, a battle royale mode for two-person teams that sees 16 players turned loose across the arena. I won my match, briefly becoming one of the few people in the world to win a game of Alpha Hunters, and the core gameplay of levelling up behind the scenes and picking your fights (only to get an XP bonus for killing other players) was so incredibly satisfying it made me want to play more.

The game’s unique spin is a mechanic you’ll probably see in Apex Legends before the end of the year: solo players can tap a button when aiming at another solo player to offer them a team-up: after the death of my incredibly competent journalist partner, I teamed up just ahead of the final circle with the very developer that had been showing us the game earlier. 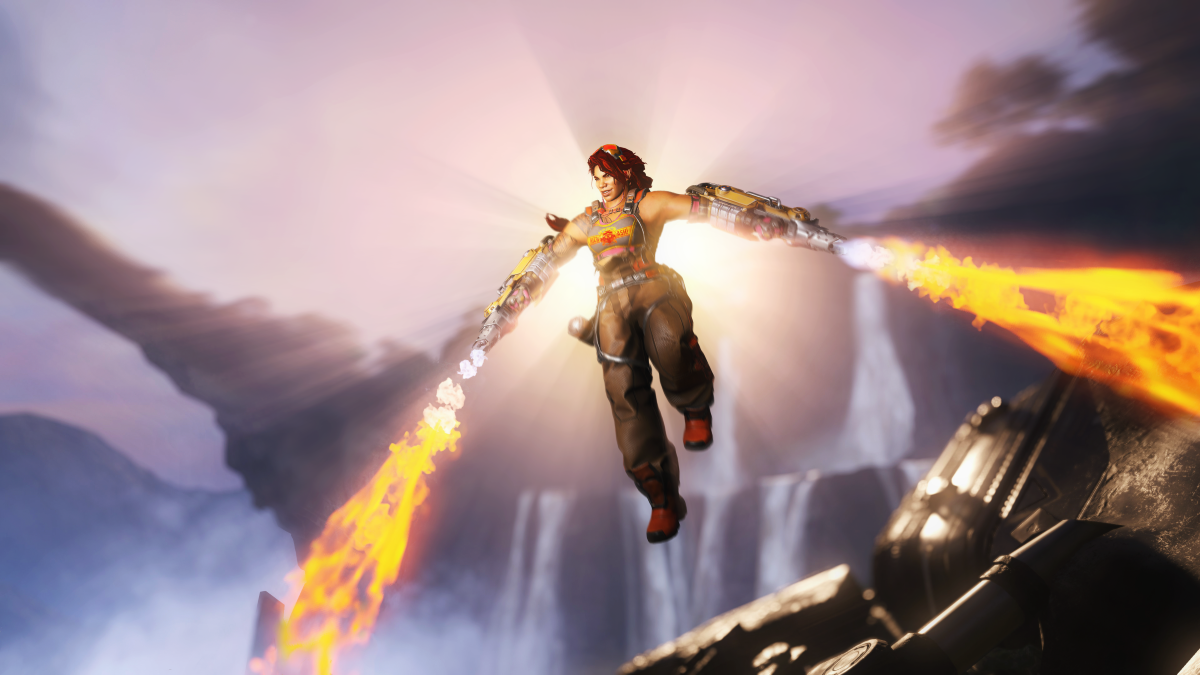 When there are just three surviving players, all alliances are broken, and I eventually betrayed him, coming in with a final sword slash to win the game.

I haven’t laid all these details out to bore you or brag about my success, but merely to talk about how well it works: I bored my housemate with it for nearly an hour after it happened, but the roar of triumph I made while jumping to my feet at my victory is all the evidence you need that Alpha Hunters really has something to it.

And then a hero comes along

The game’s best bit is the feeling of the characters: the grapple hook on the sniper, for example, has two different modes.

Tap the button and a grappling hook shoots out to latch onto a set object and tugs you toward it, similar in function to Widowmaker from Overwatch. Hold the button and it’ll also attach to a surface, but the grapple hook will be flexible, letting you swing from it and gain momentum.

Learning to use both is important to move quickly around the large maps and it’s damn satisfying too. 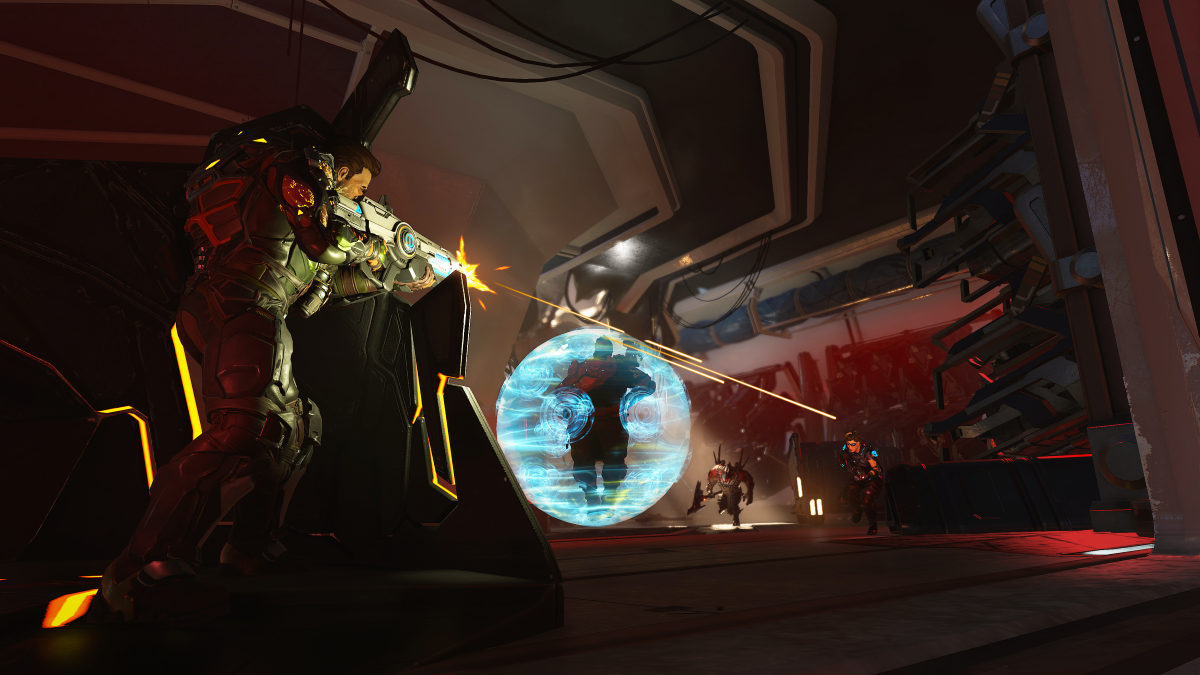 The second character I spent real time with has both a sword and a pistol. Landing shots with the pistol can confer bonuses, but you’ll ultimately want to get up close with the sword, chewing through your enemies and even dropping a bubble that traps you and an opponent in a fight to the death… or at least to the moment the bubble dissolves again.

There are ten characters at launch and if they all have the nuance of the two characters I got proper time with, they’re probably the most engaging part of the game.

There’s plenty to be hopeful about here. Crucible is, in real terms, a near miss.

Enjoyable though it might be, it’s tough to imagine this keeping an audience. This is a shame because there are so many new ideas here that getting to grips with it is really satisfying.

I love the Alpha Hunters mode, especially its novel team-up mechanic. Elsewhere, the weird mash-up of PvE and PvP gameplay is unique, and the third-person combat is pretty enjoyable, particularly the MOBA-esque flow that sees enemies backing away to reposition, flank and heal, before reengaging as soon as the position feels more winnable. 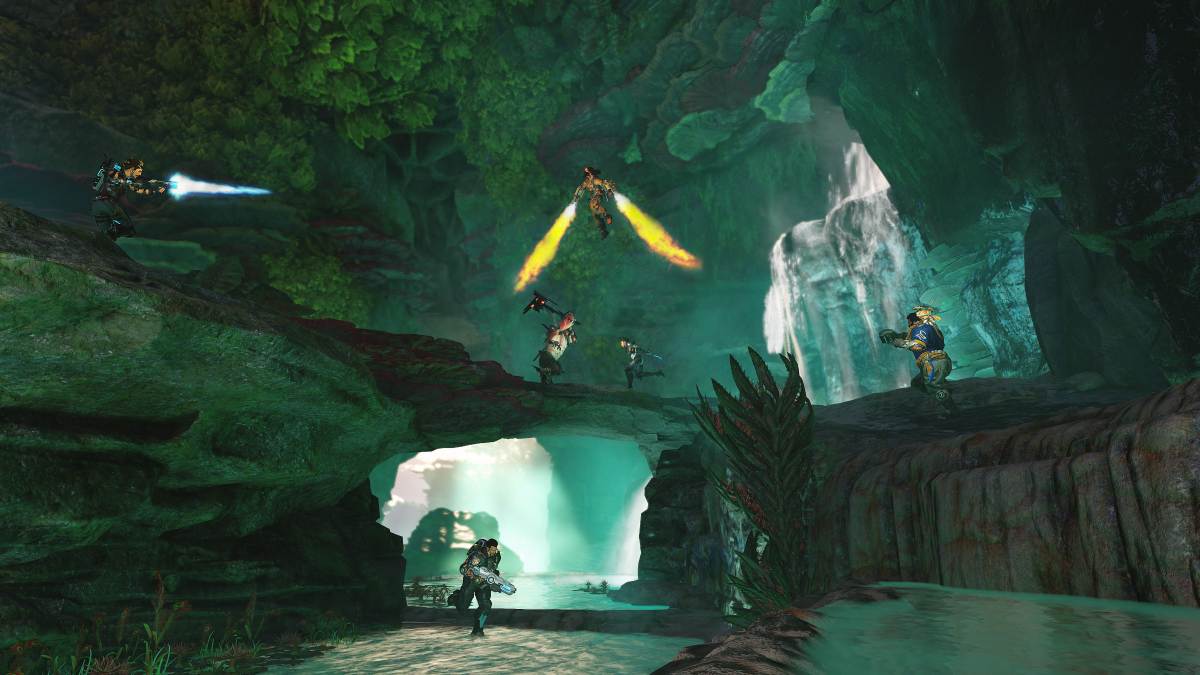 Crucible is free-to-play for everyone from 20 May via Steam. You should download it if you’ve read this far, because it’s interesting and there are ideas here that other shooters are going to be ripping off over the next few years.

However, it already feels like a passing phase, and will likely vanish just as soon as the next multiplayer shooter comes along – it’s not the world beater that some of the industry wanted from Amazon’s first big multi-format release, but it does show that they’re not afraid to make bold, interesting choices.

That has to be applauded.