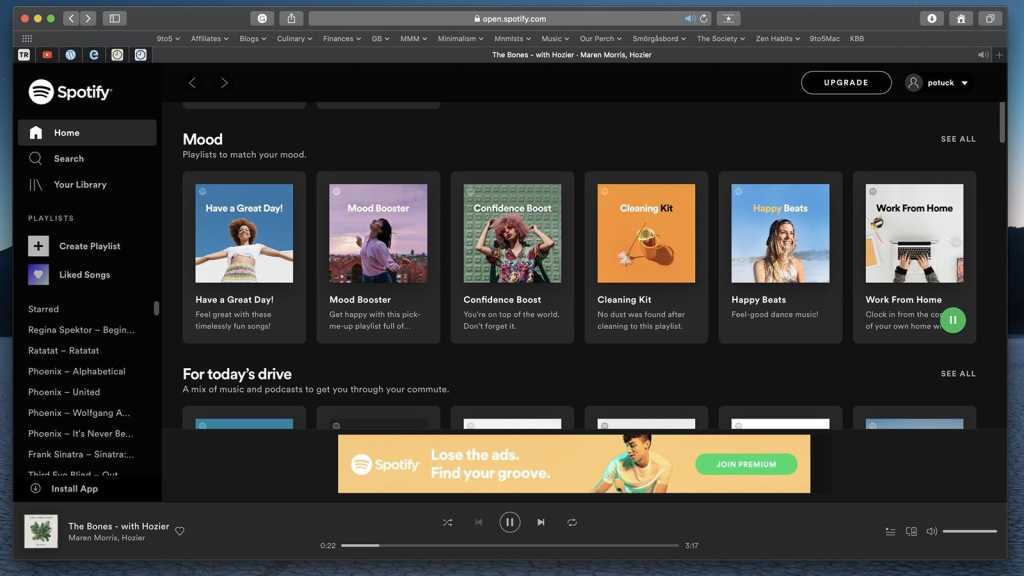 Spotify appears to have brought back its web player to Apple’s Safari browser (via 9to5Mac). Spotify had previously taken away the functionality in 2017 with no explanation.

It’s odd as usually this would happen the other way around, where Apple could have pettily blocked Safari access to Spotify seeing as Apple is a direct competitor to the music service with its own Apple Music. But it has been mooted that there was a possible security issue to do with a plug-in the player was required to use that Safari didn’t like the look of.

Spotify has added Safari back to its list of supported browsers but did not make an official announcement.

Playing Spotify through a browser is the way to use your subscription on a computer if you don’t want to download or use the Spotify app. It’s now possible again on a Mac, alongside rival browsers Chrome, Firefox, Edge and Opera.